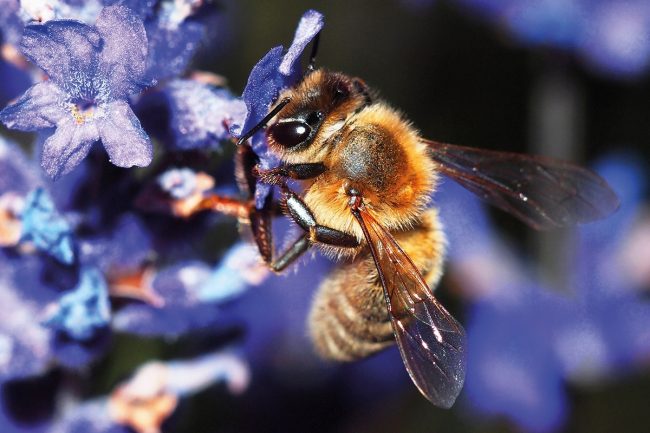 Bees have been declared the most important living beings on this planet, the Earthwatch Institute concluded in the  2008 meeting of the Royal Geographical Society of London.

Being on the endangered species long list, with a population decline of 90%, this is a very important step. Namely, 70% of our food production relies on bees, and if they disappear, all fauna will vanish as well.

Bees are crucial for the preservation of ecological balance and biodiversity in nature and provide one of the most recognizable ecosystem services, i.e. pollination, which enables food production.  In this way, they protect and maintain ecosystems, animal and plant species, and contribute to genetic and biotic diversity.

Cultivated plants that depend on pollination are a vital source of income to farmers, especially smaller farmers and family-owned farms in developing countries. Moreover, they provide jobs and income to millions of people.

Their looming extinction is an extremely serious issue, and it is mostly caused by pesticides, deforestation, and the lack of flowers.

Additionally, the Apiculture Entrepreneurship Center of the Universidad Mayor (CeapiMayor) and the Apiculture Corporation of Chile (Cach) conducted a study with the support of the Foundation for Agrarian Innovation (FIA) which found that bees are the only living things that do not carry any type of pathogen.

Activists warn that we need to be much more proactive as we are running out of time, and claim that we need to prohibit pesticides and replace them with a healthier alternative.

Numerous celebrities joined these efforts, and Morgan Freeman transformed his 124-acre homestead in Mississippi into a massive bee sanctuary, reminding us that they are the foundation of the growth of the planet, the vegetation.

Meet Wiley, The Cutest Dalmatian Dog With A Heart On His Nose

Neuroscience Reveals How Gratitude Literally Rewires Your Brain to Be Happier