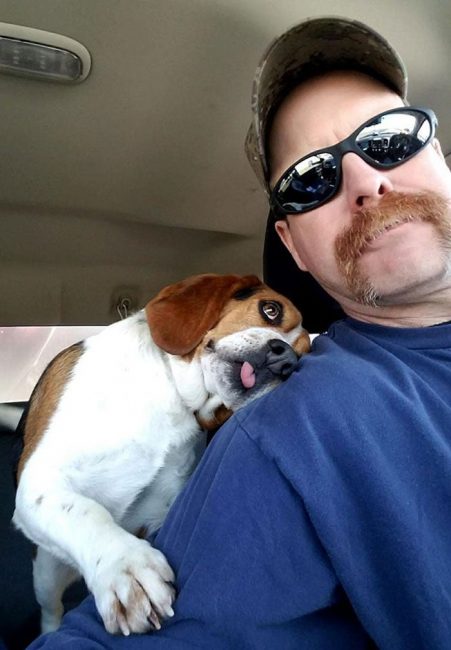 Dogs are our best friends, and they fill our homes with warmth, unconditional love, and joy.

However, when a dog ends up in a shelter, suffering from a certain health issue, the reality is that it will be eventually put down. Petful admits that around 2.7 million dogs of the 7.6 million dogs that enter shelters are killed, due to various reasons, ranging from contagious disease to aggressive behavior.

This was the plan for the beautiful Beagle Gregory, but an angel called Joe Kirk came just in time to save his life. Gregory gave him the warmest hug ever to express his gratitude, and the picture of the moment went viral on the internet. 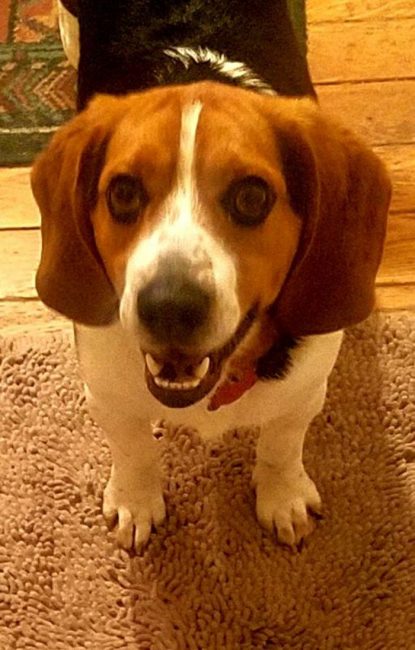 During the car ride, all Gregory wanted was “cuddle” up to Joe. Being a very loving, very affectionate dog, he wanted to be next to him and give him kisses.

At the age of 2, Gregory was unfairly marked for being euthanized as he had a medical condition that was expensive but curable. However, a few days before he was marked for death, Joe and Schenley Hutson-Kirk rescued him.

The couple has co-founded  Hound Rescue and Sanctuary intending to rescue dogs from sure death by adopting them from shelters. 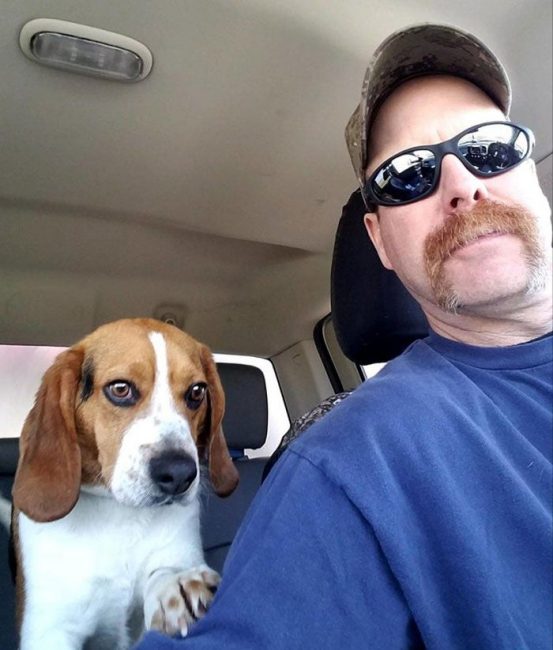 Gregory was diagnosed with heartworms, a disease caused by long worms measuring up to a foot that reside in the heart, lungs, and blood vessels.

The authorities at the shelter considered it incurable.  The symptoms include appetite loss, fatigue, and weight loss. 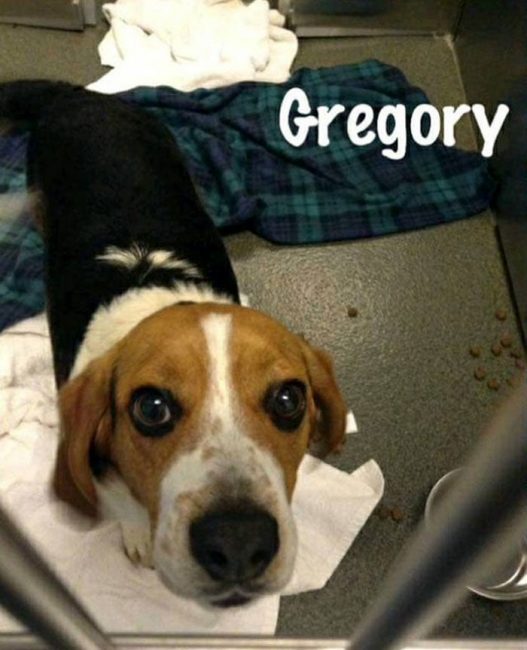 He finally got a safe and loving home at the Hound Rescue and Sanctuary and received all the care and love he deserves.

The couple generally looks after 25-30 adoptable dogs, and Gregory got treated for his condition. He also had another Beagle for a company at the shelter.

Schenley shared a post about Gregory on Facebook and wrote that he is a thankful and appreciative Beagle, that feels protected and safe as he is in good hands.

She also said that they will get him healthy and provide him all the love he so deserves and a bright future.

The couple also added that after successfully completing his treatment, the Beagle was adopted to his forever home, and he is now enjoying a happy life in a wonderful family.