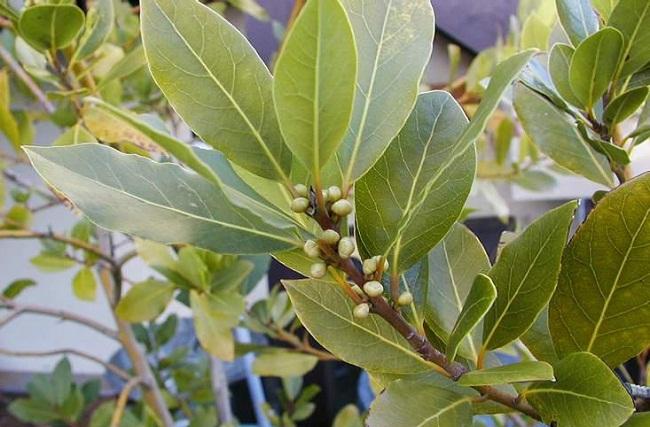 Laurel has an antiseptic effect, boosts appetite, improves digestion, prevents the formation of gas in the intestines, and it is also known as an expectorant, so it is also used in the treatment of chronic bronchitis and common cold.

It helps in cases of rheumatism and gout, primarily because of the essential oils it contains -- pinene and cineole, which relieve pain and inflammation.

The strong analgetic and anti-fungal properties of its essential oil make it an ideal remedy in the treatment of severe pain, and severe fungal infections (such as fungal nail infections). In addition to this, it cleans the lymphatic system, helps in the treatment of varicose veins, and has a potent antiviral activity, so it is recommended in cases of infections, such as influenza.

Bay leaves have been used in cooking since ancient times -- this spice is added in roasted meals, sauces, beans, cabbage, fish marinades, pickles and peppers. Bay leaf is not only added in meals because of its pleasant taste and scent, but also to improve digestion. However, you should be careful abount the amount, because it has bitter taste if consumed in large amounts.

Treat Gout With A Cup Of Bay Leaf Tea

Add five finely chopped bay leaves in 5 ​​dl of boiling water. Boil for five minutes on a low heat, then remove it from the heat and leave the tea covered until the next morning. Strain and drink a spoonful of this tea every hour.

Prepare a new dose of bay leaf tea for the next day and repeat this procedure for three days, provided that the treatment can be repeated after six months.It is a very powerful remedy that removes harmful crystals in the joints. You must avoid eating meat and alcoholic beverages during these three days.

Attention: Patients diagnosed with gastric and duodenal ulcers should not use this remedy.

Add three finely chopped bay leaves in 2,5 dl of water and cook for 10 minutes. Remove from heat and leave it covered for ten minutes, then strain and add a tablespoon of lemon juice and two teaspoons of honey. Drink this tea 2-3 times a day.

The Superior Health Benefits Of Onions