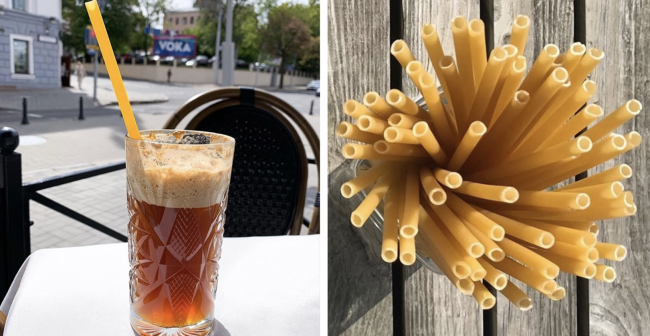 A total of 500 million plastic straws are used in the United States daily, according to Eco-Cycle, one of the country’s largest nonprofit recyclers.

Therefore, the straw debate seems to be never-ending, with numerous companies pledging to ban or greatly limit their use, in order to contribute to the reduction of plastic pollution.

And now, Italian bars are taking impressive initiative- they give their customers pasta straws!

Here in Italy bars are starting to use pasta as straws to reduce plastic use. Our technology amazes the world another time. from europe

User u/GranFabio shared a snap of a drink with a pasta straw on Reddit, writing: ‘Here in Italy bars are starting to use pasta as straws to reduce plastic use. Our technology amazes the world another time.’

Generating nearly 77k upvotes, the message has been spreading like crazy and people instantly liked the idea. While one user wrote: ‘Italian engineering at its finest’, another commented: ‘Now you’re speaking my linguine!’

Pasta straws are not a groundbreaking development, however, as there are a few places in the UK that have been trying them out as well. 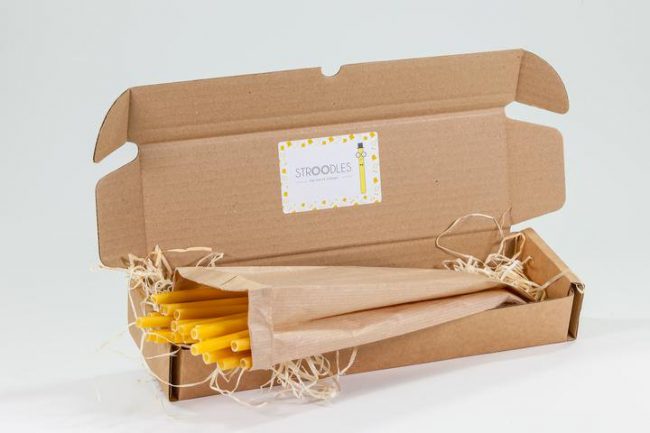 Interestingly, there already is a company that sells pasta straws, Stroodles. This London-based company specializes in straws made from wheat and water that are 100 percent vegan and biodegradable. Just don’t use them to drink your tea or coffee, and they will last for up to an hour.

Pasta straws are tasteless, and you can leave them on the compost heap when you’re finished with them.

According to a spokesman for Stroodles, customers can use Stroodles straws and sleep guilt-free, since they decompose overnight without any extra action.

Paper straws, on the other hand, take thirty to sixty days.

Moreover, “as with any straw it is not recommended to drink hot beverages with it, as it might cause probable injury like tongue burn. Stroodles are recommended for use with cold drinks unless you want to make a noodle soup.”

@mountgayrum the most delicious rum you could EVER imagine 🤤 Stroodles (PASTA STRAWS) in Scotland last week with our friends at Mount Gay pic.twitter.com/ZaFZAvOYW5

Stroodles founder Maxim Gelmann said that the company’s driving goal is “to become a vehicle for change and we hope that Stroodles can act as an enabler, subtly inspiring people to question how they consume everyday items.”

“We hope these incremental changes will lead to a ripple effect and create a greater shift in behavior, one Stroodle at a time.”

Gelmann stated that Stroodles is rather a movement and an educational company and a gateway to more sustainable behaviors and thinking, so these straws are just the first channel (of communication) in the mission to fight plastic waste.

He explained that their goal is to attract and reach the less (environmentally) conscious people and show them, in a fun and non-preachy, non-finger-pointing manner, that it is very easy to make sustainable changes and have them enter their life.

“I rather aim for people to engage with a Stroodle and then themselves start asking themselves the right questions, like ‘Why is there a pasta straw in my drink?’

Thus, little realizations like that and them coming to their own conclusions, rather than being sold/preached. [It’s] much more powerful in creating behavioral and mindsets change. And … maybe next time one is offered a plastic bag, they will behave differently.”

If you are inspired to buy a pack of these edible, biodegradable, 100% vegan pasta straws and cut down on single-use plastics, you can order one online.

Pasta straws were introduced in 2018 by Brace & Browns on Whiteladies Road in Bristol, in a bid to cut down on plastic.

The owners reported that customers’ reactions have been positive, as the straws don’t affect the drinks’ taste whatsoever.

Elena Polisano, ocean plastics campaigner at Greenpeace UK, adds that while some people need straws to be able to drink independently, most people find them a bit daft and unnecessary.

She added that pasta straws are one of the brilliants innovations that show that people are trying to help stop the flow of plastic pollution into the environment.

Also, “the best alternatives to plastic straws should be accessible for all, reduce waste and move us away from the throwaway culture we’ve become used to.”