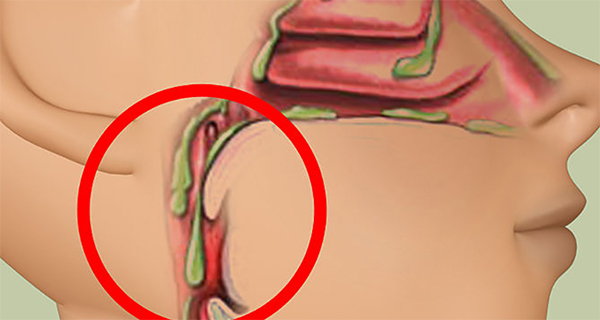 It’s a topic of conversation that many people aren’t keen on; however, it’s a very important bodily function. Mucus (also known as snot, phlegm and boogers) works as a lubricant, so to speak, for the body.

The mouth, noise, sinuses, lungs, gastrointestinal (GI) tract and the throat all contain tissues that produce mucus. The mucus that these tissues create actually work to protect the surfaces of these parts of the body, thus preventing the tissues underneath them from becoming dried out.

Mucus also works to prevent the body from becoming infected with viruses, bacteria and other germs. When something enters the body that shouldn’t with the intention of making an individual sick, the mucus traps the foreign pathogen, preventing it from entering the body and infiltrating the immune system. In other words, mucus prevents illnesses.

Believe it or not, that gross, gooey and green stuff which seems to be produced by the boat load when you are sick is actually working to help you. You see, mucus contains antibodies, enzymes, protein and cells, just to name a few things.

All of these are good things for the body, especially when it is sick. When you’re sick, you probably notice an increased production of mucus, right? Well, that’s because the mucus is being produced at a greater rate in order to help you fight off your illness. Though gross, it’s actually pretty cool, if you think about it.

About the Production of Mucus

The human body constantly creates mucus; however, you don’t notice it most of the time because it is usually thin in consistency and thus slides down the back of your throat and you never even know it was there.

However, there are times that your mucus will change in consistency, and it is these times that you notice the production, and all you want to do is get rid of it.

As previously mentioned, mucus gets thicker and stickier when you are sick, which is why you constantly blow your nose and hock back ‘loogies’ when you have a cold, a sinus infection or the flu.

It can also change consistency when your body is affected by an allergen and it is trying to protect your body from the allergen. Believe it or not, there are also certain foods that can cause you to create more mucus.

There are certain foods that cause gustatory rhinitis to go into effect, a reflex reaction that is set off by eating. As a result, your body goes into overtime producing mucus.

Researchers have found that there are four foods, in particular, that cause the increased production of mucus. If you want to minimize the amount of mucus your body creates, you’ll want to avoid these four foods:

These foods are known to activate the gustatory rhinitis, which speed up the production of mucus and can make you feel miserable.

Vitamin K2: The Missing Link Between Diet, Disease and Death

7 Foods That To Help Get Rid Of Joint Pain