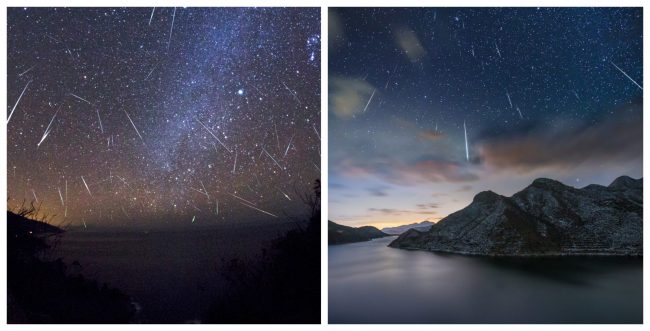 Stargazers will surely enjoy the month of August, as they will be able to witness 3 meteor showers taking place over the next few weeks.

This month will give us some pretty good reasons to look up at the sky whenever we feel blue or in need of inspiration! Namely, meteor showers in the next few weeks, we will be one of the best astronomical events this year.

July has been an epic month for show-stopping celestial events, but in case you missed them, August has prepared another show for us- a stellar line-up of spectacular astronomical displays.

The sight of the planet Venus will surely please space enthusiasts, but they will also be treated to two unique meteor showers!

Moreover, you won’t need special equipment to observe most of them!

The Alpha Capricornids are active from July 3 through August 15, and the shower is best seen from the Southern Hemisphere.

It produces up to 5, slow and bright, meteors per hour, which often create fireballs. These meteors appear to radiate from the constellation Capricornus, which explains the name.

The southern Delta Aquariids are active from July 12 until August 23 and can be observed from the Southern Hemisphere and southern latitudes of the Northern Hemisphere, starting from midnight, until an hour before sunrise.

This meteor shower can produce up to 25 meteors per hour, and it has been named after its origin, which is to the south of the constellation Aquarius. Their radiant is near the Delta Aquarii star.

This is one of the most dazzling events in the celestial calendar.

It produces more fireballs than any other meteor shower, and during the peak, one can see around 60-70 meteors per hour.

The best time to enjoy this spectacular show would be between midnight and dawn. Plus, this meteor shower will be visible from almost all parts of the world, but those living in the Northern hemisphere will be the luckiest!

The name has been given due to the fact that the Perseids come from the constellation Perseus. They are created by the debris from Comet Swift-Tuttle.

Lean back and enjoy the 3 meteor showers. The Universe has done its part -- so just cross your fingers for clear skies and enjoy the show!