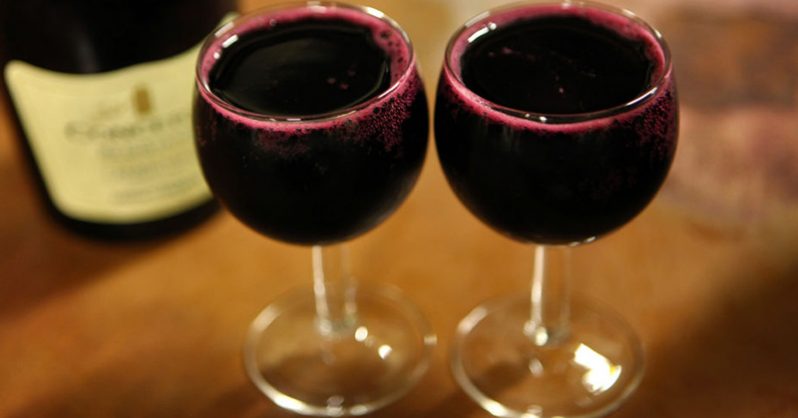 Most of you surely won’t dream of living forever, but every one of us would like to live long enough to be able to watch his grandchildren grow, or even meet his great grandkids.

Being able to add more candles to the birthday cake every year would be amazing, and scientists have found a correlation between the moderate consumption of wine and longevity.

The 90+ Study was conducted by Dr. Claudia Kawas at the University of California-Irvine. Researchers started studying nearly 14,000 men and women over the age of 70 in 1981 and followed them for 23 years.

The team of experts was trying to determine the factors linked to longer life and the modifiable risk factors for dementia and mortality, and to examine the epidemiology of dementia, the rates of cognitive and functional decline, and the clinical pathological correlations in the oldest-old.

Researchers found that those who drank moderate amounts of alcohol, 1-2 glasses of alcohol (beer, wine or hard liquor) daily had a 9-15 percent lower risk of dying compared to those who abstain from all alcohol. However, note that the key is moderation.

Jim Becker, Ph.D., professor of psychiatry, neurology, and psychology at the University of Pittsburgh Medical Center, and the associate director of the University of Pittsburg Alzheimer’s Disease Research Center stresses the importance of moderation as well, claiming that moderate intake of certain kinds of alcohol, and in particular red wines, has been linked to certain positive health outcomes. Yet, he says that this does not mean that if you suddenly decide at the age of 70 to start drinking, you have found the solution.

Dr. Steven Lamm, MD, clinical professor of medicine and medical director of the Tisch Center for Men’s Health at NYU Langone Health, adds that it is known that alcohol is a poison that injures every body organ. However, a very mild or moderate amount could lower the risk of heart disease.

Studies have shown that the moderate consumption of alcohol lowers the risk of diabetes, ischemic stroke, and death due to heart disease.

Therefore, feel free to enjoy a glass of wine or beer with your lunch or dinner, but never go overboard. The excessive consumption of alcohol leads to severe health issues and a heightened risk of death from all causes.

Furthermore, the findings of a study published in the British Journal of Sports Medicine showed that regular exercise can inhibit the negative effects of hazardous drinking. Moderate aerobic activity  “appeared to wipe off completely” the risk of cancer and all-cause mortality deaths due to alcohol.

So, we advise you to enjoy a glass or two of your favorite wine during the day, but make sure you also go for a run or walk first.

Herman Smith-Johannsen apparently knew all this, when he said that one should stay busy, get plenty of exercise, and drink in moderation, and he will find the secret to a long life.

We previously published this article named” Study: Drinking Wine is More Important than Exercise to Living Past 90”, which was apparently a misleading headline, considering the study’s results.

Namely, The 90+ Study studied participants older than 70 and found that those who drank wine in moderation had a tendency to live longer than those who did not. Yet, these effects were not bigger than the ones of regular exercise, and researchers and scientists agree that exercise is vital for a long and healthy life.

We apologize for the unintentional mistake and would like you to thank you for your understanding in advance.

Woman, 26, With Eczema All Her Life Is Almost Cured After Changing Her Diet

10 Things You're Doing That Are Killing Your Kidneys