Art can make even the most trivial things look essential, and it finds meaning where the ordinary eye can see nothing.

Thomas Dambo, an artist based in Copenhagen, Denmark, tries to emphasize the potential of materials that usually go to waste, and struggles to persuade people to go into the wild and reconnect with nature.

Yet, this is all done with the help of his artistic masterpieces.

Namely, this talented artist has been hiding giant wooden trolls he had created throughout forests and wilderness areas in Belgium, and all around the world. 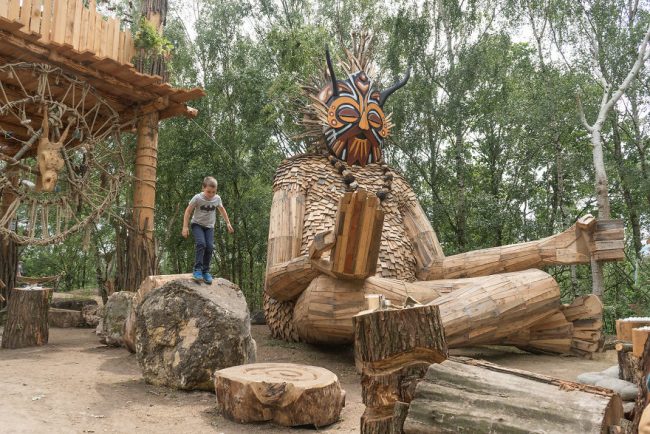 The massive trolls are made from recycled materials only since he strives to reduce discarded waste that threatens our natural world. 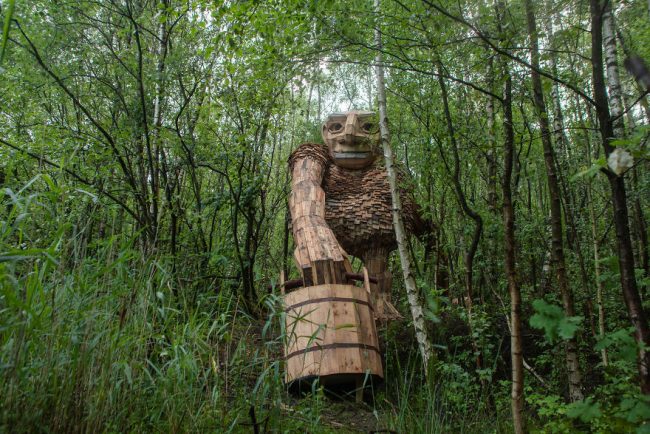 The wood he uses largely comes from supermarkets, pallets, and fallen trees, while most of his materials are found in city dumpsters. 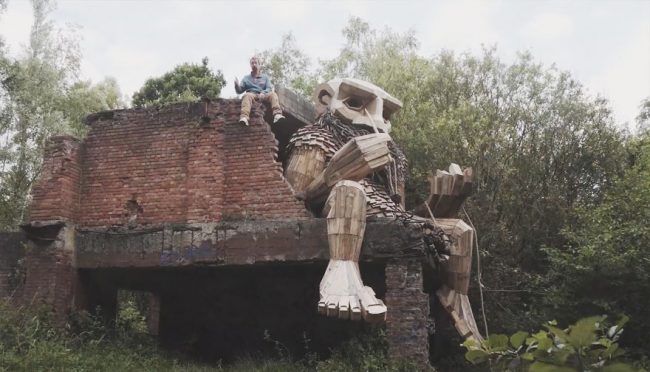 The huge trolls, measuring anywhere from 23 to 59 feet (7 to 18 meters), as well as the tower, which is impressive 56 feet (17 meters) tall, belong to a fairytale project called “The 7 Trolls and The Magical Tower.” 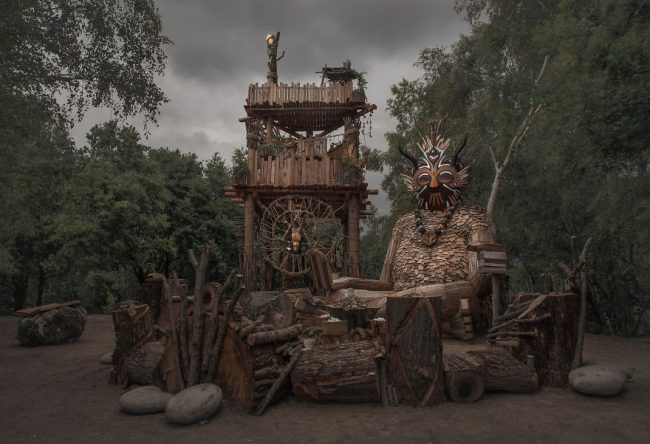 The sculptures are shocking, beautiful, and mystifying, and are based on folklore and fairytales. 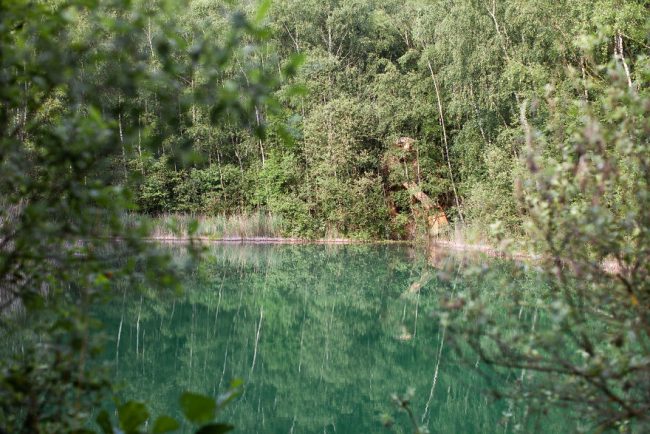 Dambo, along with a crew of fifteen people, constructed the seven trolls for 25 weeks, and they can be found by traversing through the Belgian forest. 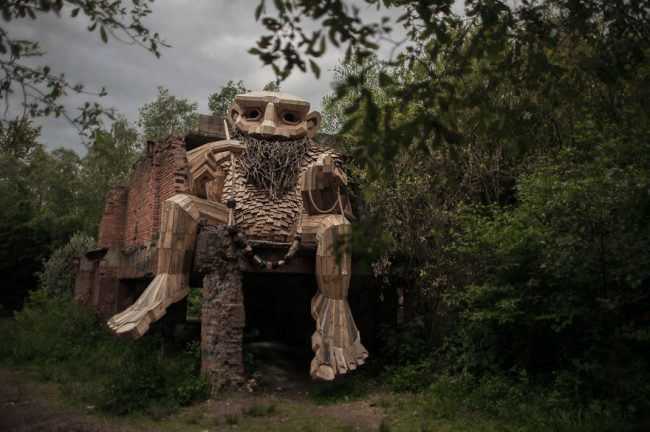 He explains that he loved to hear different fairytales and folklore stories since he was a child, and he fantasized about being away into magical worlds filled with dragons and trolls. 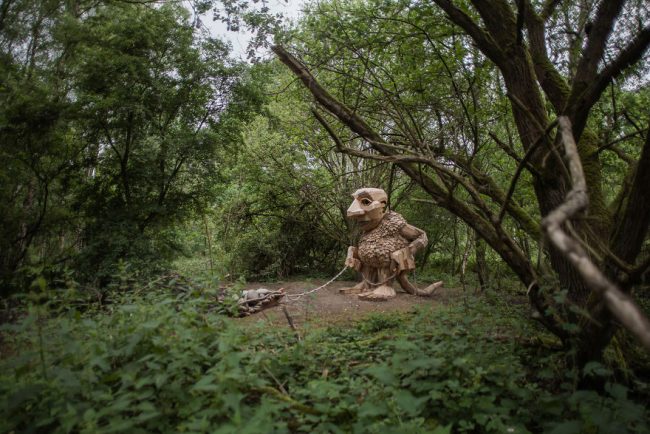 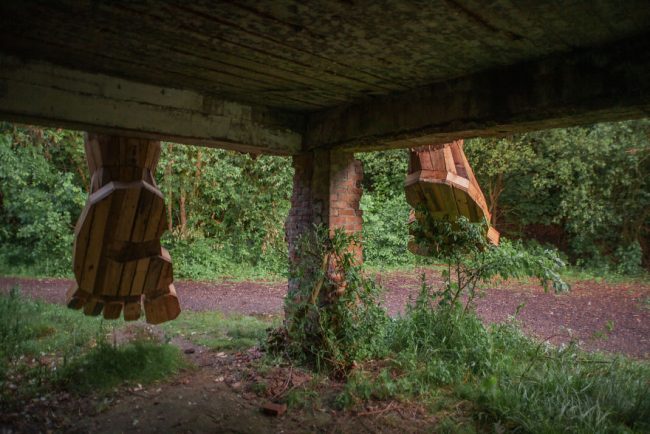 Here is how his recycle story of the trolls of the Belgian forest begins:

“They were seven good friends both together and alone

By the river in the valley in the forest, they had home

They had seen the sunset and sunrise a million times

The seven trolls stood as tall as the pines…” 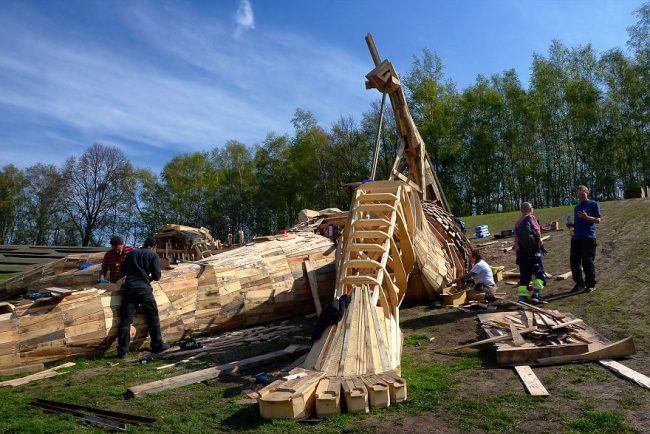 Watching the skies crawl by telling stories about the past…” 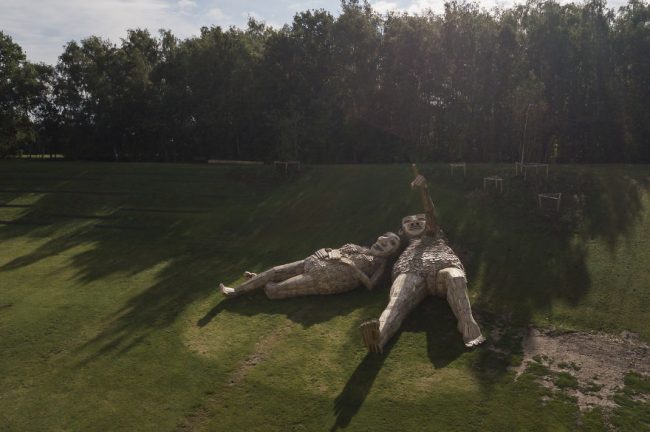 “Mikill was strong as a dragon and always on his way

Kamiel was wearing a mask a new for every day” 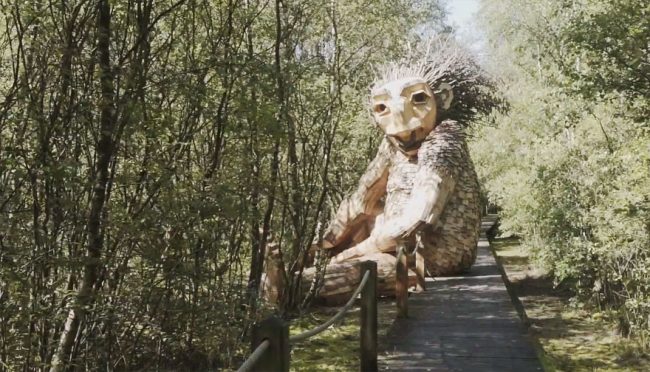 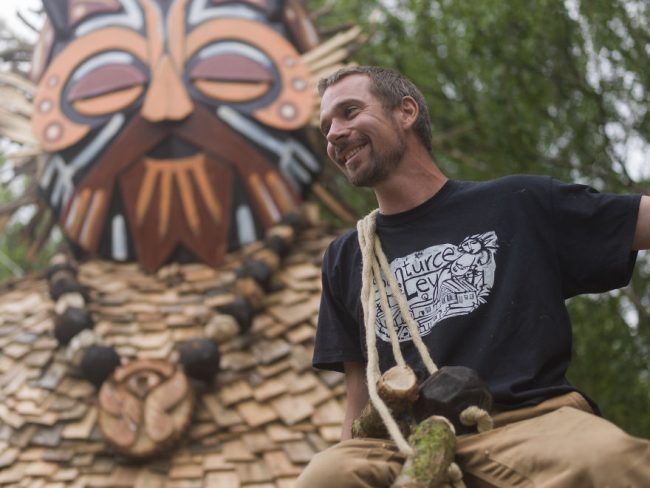 The second part of his recycled troll project is the troll installation in South Korea titled “Mountain Trolls,” which features 5 trolls. 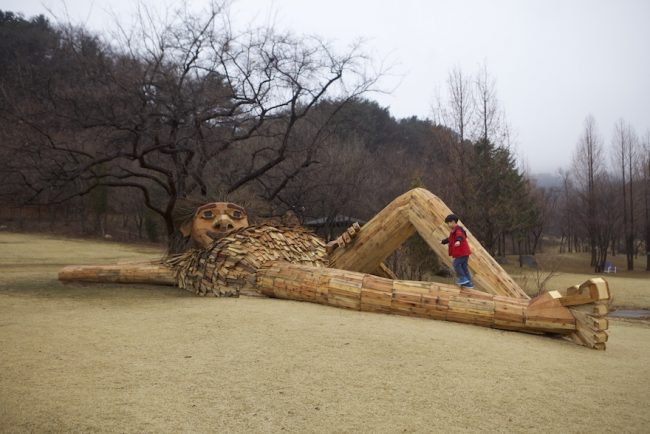 However, he does much more than massive trolls and towers hidden in forests, as he is commissioned to make all types of beautiful things, from furniture to big and small interior designs, and has worked on various projects around the world. 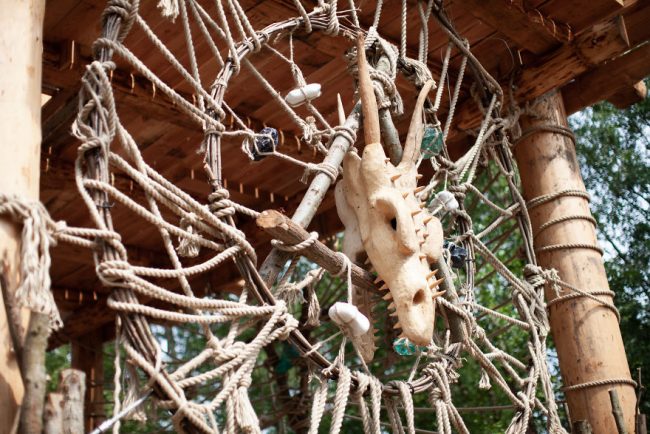 One of them, The Future Forest, located in Mexico City, involved a team of 700 students, 100 volunteers, pepenadores and their children, an orphanage and an elderly home. The final result of the project was a transformation of 3 tons of plastic waste into a colorful 500m2 forest bursting with trees, plants, flowers, and animals. 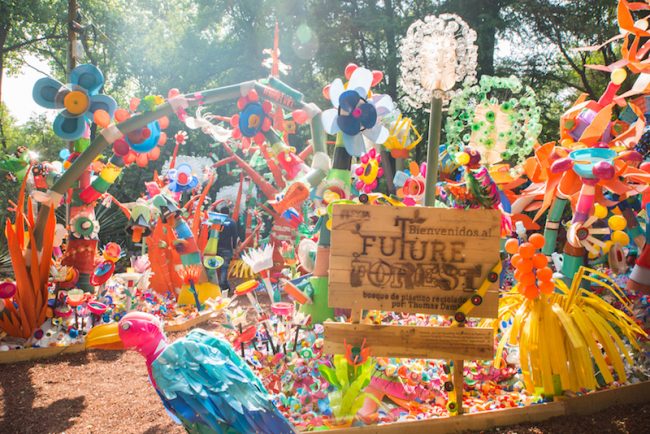 Also, to urge people to explore the depths of Copenhagen’s forests, he hid six giant sculptures throughout six different municipalities in the area.

The “open-air sculpture treasure hunt,” as he calls it, takes wanderers through Rødovre, Hvidovre, Vallensbæk, Ishø, Albertslund, and Høje-Taastrup, and the sculptures sit tucked away underneath bridges, behind trees, up on hillsides, and hidden within the brush of the forests.

Yet, they can be only found by using a treasure map Dambo shared on his website, or by deciphering poems engraved in stones near the sculptures.

Each of the hidden giants is named after a volunteer who helped Dambo construct them, and they all interact with the environment. Dambo explained that people who will decide to go on the treasure hunt will not only see the sculptures but also to discover hidden gems in nature.

During his teenage years, Dambo started writing raps, releasing records and touring, so one of his latest projects is a combination of all these talents -- “Recycling, Rapping, Nature, and Sculptures.” 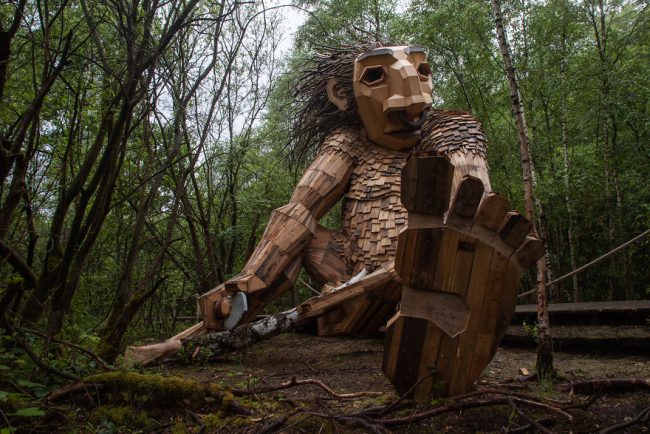 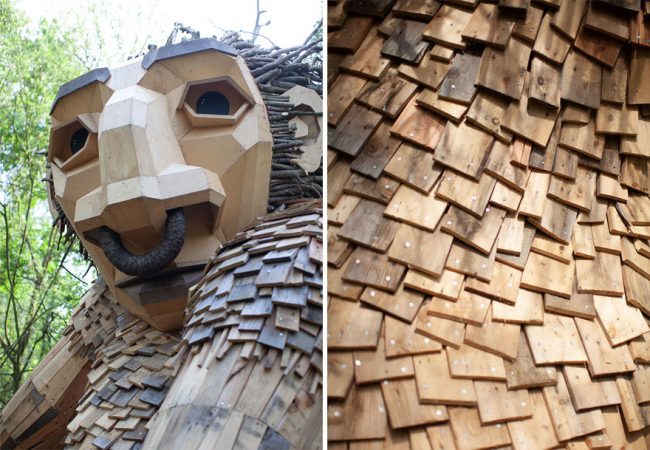 Narcissists Deny Flaws In Themselves And Put The Blame On Others