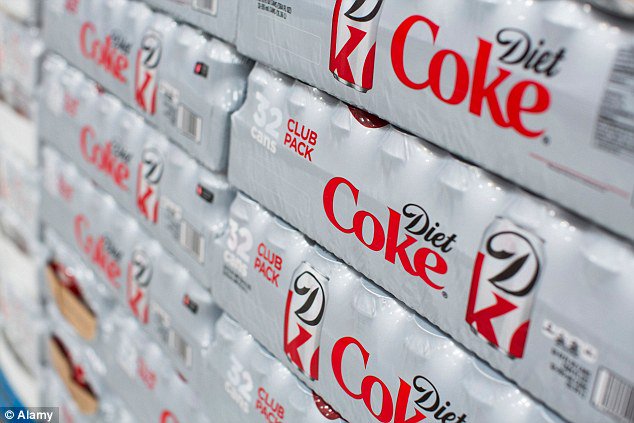 Numerous studies have found that artificial sweeteners can cause a host of health issues, like diabetes and cancer, even though they face a harsh industry response.

A recent study conducted at Boston University showed that the daily consumption of diet soda triples the risk of stroke and dementia. The study, titled “Sugar and Artificially Sweetened Beverages and the Risks of Incident Stroke and Dementia, A Prospective Cohort Study,” was published in the journal Stroke.

It analyzed data from about 3,000 adults for 10 years, divided into two categories: older than 45 years old, where they evaluated the stroke risk, and older than 60, where they concentrated on dementia.

According to Sudha Seshadri, MD, senior study author, a neurology professor and faculty member at Boston University’s Alzheimer’s Disease Center, studies provide strong data that suggest that we do not solve the issue due to the use of sugar by replacing it with artificial sweeteners.

He adds at, maybe, good old-fashioned water is something we need to get used to.

The dangers of “real” sugar or high fructose corn syrup related to soda are almost the same. The sugar industry scandal of the 1950s and ’60s set a dietary disaster into motion, and the faulty sugar industry-funded studies tricked people into believing that fat was the nutritional villain, and not sugar.

In 2017, Alzheimer’s & Dementia published the research of Mathew Pase, which analyzed data and magnetic resonance imaging (MRI) scans and cognitive testing result from about 4,000 people, and focused on people who consumed more than two sugary drinks daily, and more than three per week of soda.

Researchers found that people from the  “high intake” group have developed several signs of accelerated brain aging linked to an early-stage Alzheimer’s disease. Moreover, they also found that at least one diet soda daily led to a smaller brain volume.

The study analyzed how different sweeteners affect the way food is used and stored in the body, and their effects on vascular functioning, and discovered that both sugar and artificial sweeteners lead to impairments, but through different pathways. Researchers claimed that they have identified unique signatures of alterations in lipid metabolism, among others, following artificial sweetener consumption.

The exposure to high glucose and artificial sweetener administration therefore causes unique mechanisms of vascular impairment and homeostatic alterations that may be important during the onset and progression of diabetes and obesity.

Even though the controversy remains, numerous studies link artificial sweeteners to negative health effects. In the modern world, the industry influence and scientific fraud are extremely powerful.

For instance, aspartame could not be approved by the FDA for more than twenty years, mainly as a result of the following safety issues and reasons: high cholesterol levels, flawed data, and fluid loss in the body.

Yet, the determination of the pharmaceutical giant G.D. Searle – the makers of the NutraSweet and Equal brands to get it approved, finally succeeded. All it took was flexing political muscle, and Donald Rumsfeld, the powerful political figure in the Bush administration, played a major role in the FDA approval of aspartame in 1981.

Cinnamon and Honey: Most Powerful Remedy That Not Even Doctors Can Explain