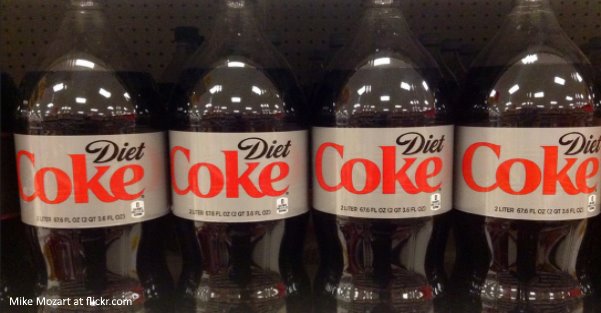 Numerous people believe that they lower their risk of numerous health issues by avoiding sugar and drinking sugar-free diet soda, but experts warn that these drinks are harmful and can elevate the risk of dementia and stroke.

Studies have found a link between artificially sweetened drinks and stroke and dementia, as well as type 2 diabetes, leukemia, and breast cancer.

The American Heart Association’s journal Stroke published research which showed that artificial sweeteners used in diet drinks can elevate the risk of dementia and stroke.

Yet, lead researcher Matthew Pase of the Boston University School of Medicine acknowledged that the findings showed only a correlation, so they just proved that diet drinks are not healthier than sugary drinks. Yet, they recommend drinking water instead of sugary or artificially sweetened drinks.

Additionally, the journal Nature published a study which found that artificial sweeteners can lead to type 2 diabetes.

It was conducted at the Weizmann Institute of Science in Israel and found that depending on the gut microbes, one is either able to handle artificial sweeteners or develops adverse effects.

Researchers investigated the effects of the sweeteners aspartame, sucralose and saccharine, and after their consumption, some participants increased their levels of blood sugar two to four times, depending on their intestinal flora.

Those who consumed the largest amount of artificial sweeteners faced most problems to control blood sugar levels, which can lead to diabetes.

Aspartame is the most commonly used artificial sweetener in the US, found in more than 6,000 products worldwide, especially in soda products. About 75% of adverse reactions to food additives are attributed to aspartame, and they can range from mild to severe, and include headaches, seizures, and even deaths.

The reason for its detrimental effects is that aspartame breaks down into formaldehyde in the body, which is extremely toxic, especially in larger quantities.

More than 900 scientific studies have found that it is highly dangerous and linked it with leukemia, breast cancer, epilepsy, asthma deterioration, and Parkinson’s disease.

A Harvard based study found that men who drank more than one diet soda daily had an increased risk of multiple myeloma and non-Hodgkin lymphoma. Numerous other studies have found a link between aspartame and depression, kidney damage, brain damage, and heart attacks.

On the other hand, scientists also warn that energy drinks can be harmful, as they can cause cardiovascular problems, including stroke and heart attacks.

Therefore, it would be much better if you turn to some healthier alternatives to sugar instead, such as the following:

Honey is extremely beneficial for health and is a rich source of vitamins, minerals, antioxidants, and enzymes. Therefore, you can use it to sweeten your desserts and drinks.

Molasses is a dark brown syrup made when sugar cane and is a rich source of calcium, iron, potassium, and B vitamins.  It is excellent in baked goods, barbecue sauces, and baked beans.

The leaves of the stevia plant have a naturally sweet taste, no calories, and numerous medicinal properties. You can use stevia in powder or concentrated liquid.

You can also add fresh leaves to a cup of tea, or prepare Stevia extract by adding 1 cup of warm water to 1/3 cup fresh finely chopped stevia leaves. Infuse for 24 hours, strain, refrigerate and use it to sweeten drinks.

Date sugar is made from very finely chopped dry dates and is great in baked goods. It is sweeter than regular or brown sugar, and you can sprinkle it on top of plain yogurt and fruits, pancakes or waffles.

Maple syrup is a made from the sap of a maple tree, and contains powerful medicinal properties, as it is high in manganese, zinc, calcium, and boosts heart health, insulin sensitivity, male fertility and prevents prostate enlargement.

You can add it to marinades, coffee, tea, and porridges, as well as to sweet potato mash.

Apart from these top 5 natural sweeteners, numerous nutritionists recommend the following ones as healthy sugar alternatives as well:

You can replace sugar by adding berries, stone fruit, apples, pears and grapes in recipes. Replace sugar in recipes at a one-to-one ratio, reducing the liquid in the recipe by ¼ cup.

To make your homemade fresh jam, mix four cups of some fruit or berry in a saucepan with ½ cup water, simmer until the fruit has broken down and has started to thicken, and then puree in a food processor.

Monk fruit has no calories and does not affect blood sugar. It can be added to cookies and cheesecakes, as well as smoothies and cocktails.

It is a rich source of antioxidants and enzymes. You can purchase it in natural health food and gourmet stores, or you can make it at home, by simmering two cups of balsamic vinegar over medium-low heat, while stirring frequently, until it’s reduced to ½ cup.

Upon cooling, it will thicken, and you can drizzle it over grilled wild-caught salmon, over raw cheese or fresh berries.

Brown rice syrup is a thick, amber-colored, sweet syrup which is ideal when added instead of corn syrup and other unhealthy sweeteners in recipes.

You can use it instead of corn syrup, in a one-to-one ratio, and if you use it to replace regularly processed white sugar, use one cup for each cup of sugar called for and reduce the liquid in the recipe by ¼ cup. You can add it to fruit and nut pies, granola bars and granola clusters.

Bananas are high in potassium, fiber, vitamins B6 and C, and can be used as a natural sweetener. Add overripe bananas sugar in recipes, and for every cup of sugar called for in a recipe, use one cup of banana puree.

The puree is made by adding bananas to a food processor with a tablespoon of water and blending them.

On the other hand, the following three types of sugar substitutes are controversial:

It is made from the boiled and dehydrated sap of the coconut palm.  Yet, since there are no published standards for coconut palm sugar production, and no major studies have confirmed its glycemic index, it is considered controversial. Moreover, some brands are mixed with cane sugar or other ingredients.

It comes from a plant indigenous to Central and South America and has a low glycemic index. Yet, it is highly processed, and nutritionally and functionally, it is similar to high-fructose corn syrup.

It is low in calories, does not increase blood sugar levels, and is tooth-friendly. Yet, it is listed as controversial as it can be fatal for dogs, even in small amounts, and can cause diarrhea and intestinal gas as side effects.

12 Foods To Eat If You Need To Poop