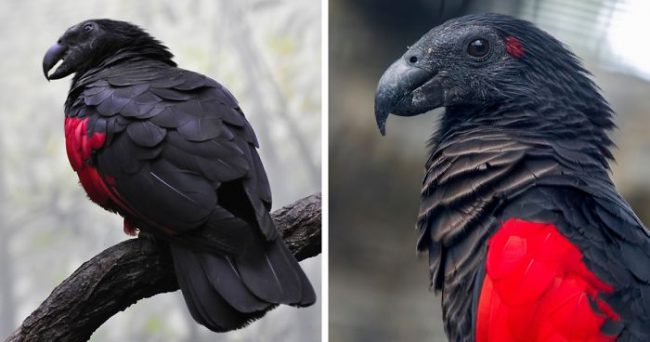 More than a century after it was written, the novel that tells the story of Count Dracula still piques our interest. This mixture of folklore, legends, history, and Gothic fiction has had a significant influence on literature, arts, and culture in general.

And now, we present you the Dracula parrot, named after the novel’s mysterious and secretive aristocrat.

These magnificent birds, actually called Pesquet’s parrots or vulturine parrots, have black and grey chests, black beaks, and bright red feathers. Their scarlet plumage contrasts perfectly with the chest, back, and tail.

The Dracula parrot sounds creepy too, and its call has been described as a “harsh and rasping growl,” and a “drawn-out scream.”

Yet, despite the name, the scary call, and the vulture-like visage, these parrots are not bloodthirsty and feed almost exclusively on just a few species of figs.

The beautiful Pesquet’s parrot is also known as Dracula parrot 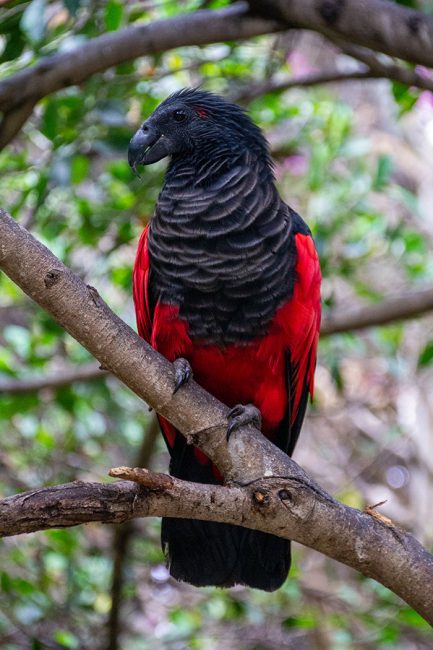 These parrots are large and heavy and live in New Guinea only. They weight about 24-28 oz. and stretch around 20 inches in length. 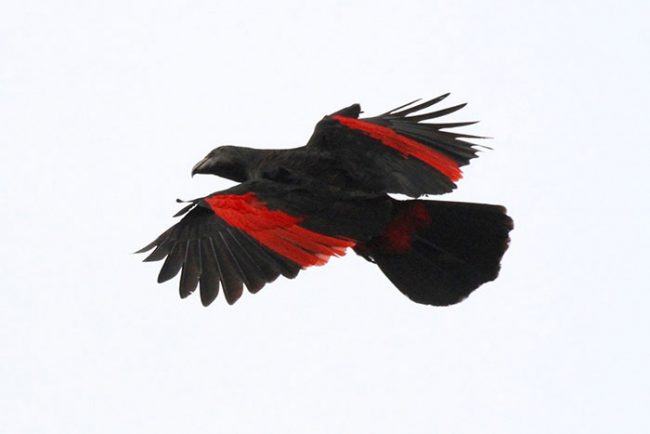 Males and females are quite similar, with males having red patches behind their ears, and females being slightly smaller. 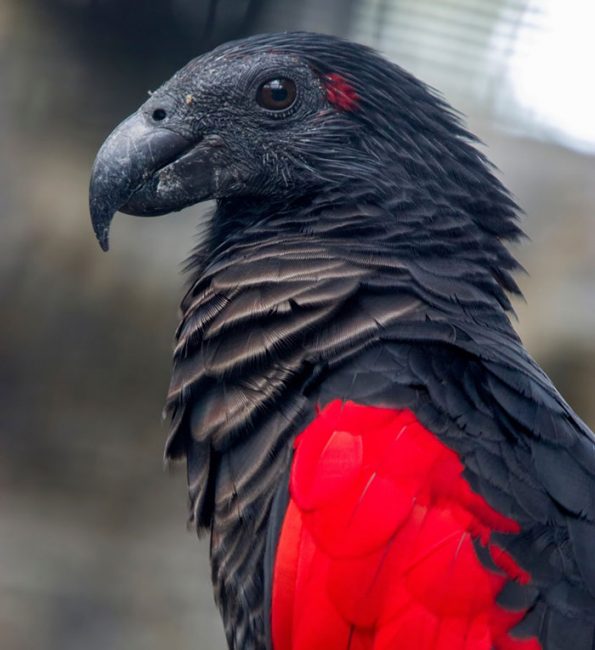 These birds live in the mountains of New Guinea 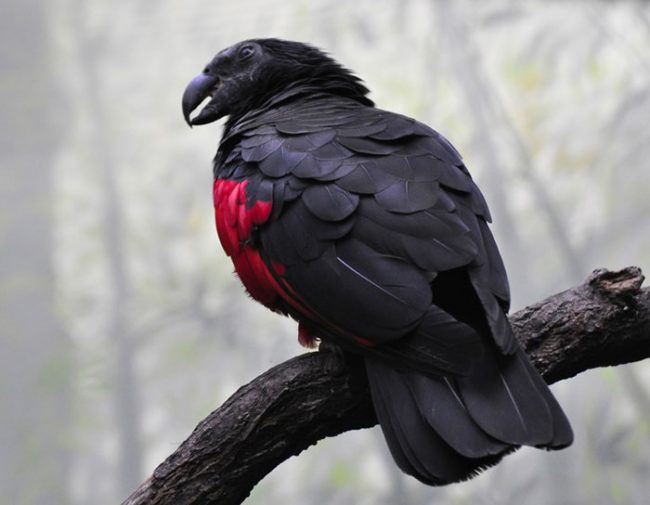 Unlike other parrots, Pesquet’s parrots move by jumping. Moreover, they belong to the three species that have featherless faces. 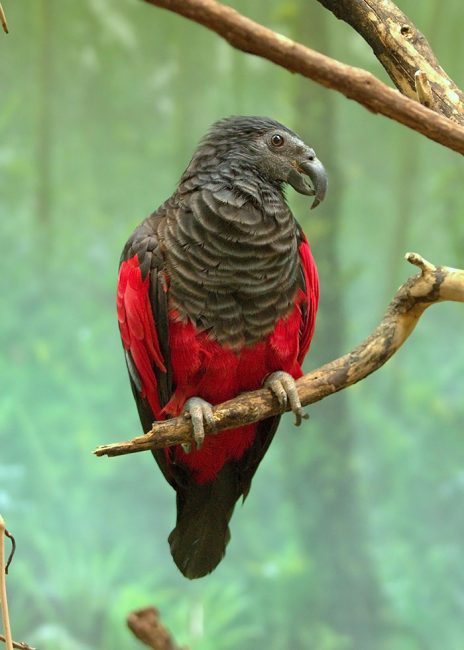 Unfortunately, the populations of the Dracula parrots are on the decline, mainly due to habitat loss and local poachers. Their feathers are used for ceremonial dresses, but they are also hunted for the meat and cage bird trade. 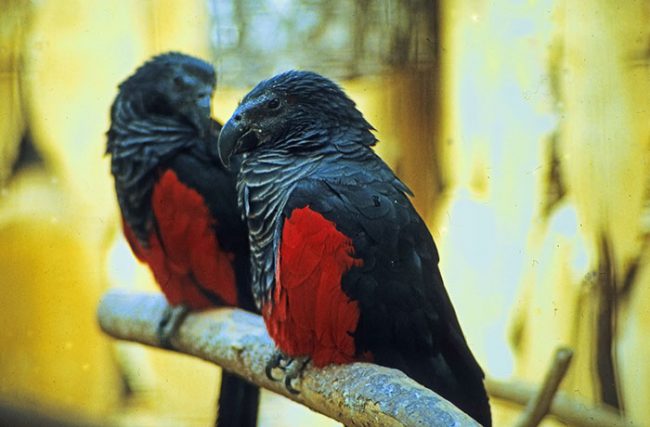 Unlike females, male Dracula parrots have red dots behind their ears 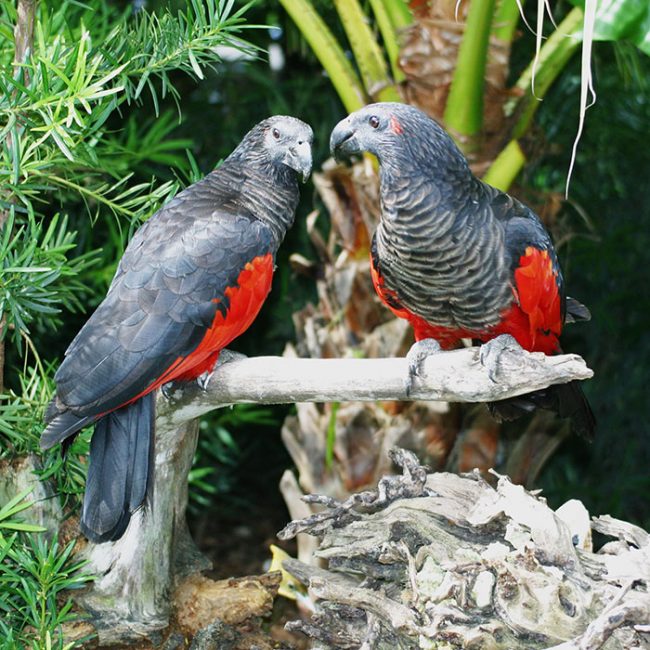 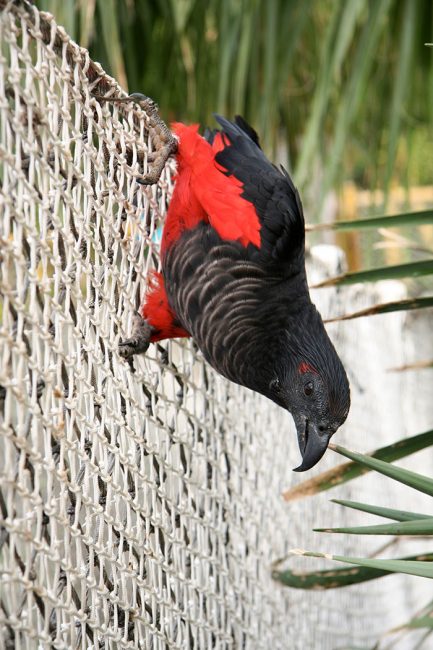 They have been listed as Vulnerable by the IUCN Red List of Threatened Species.

These parrots are majestic! 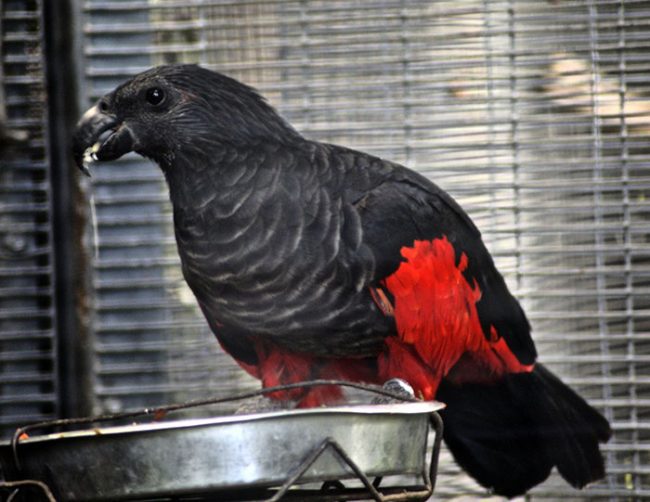 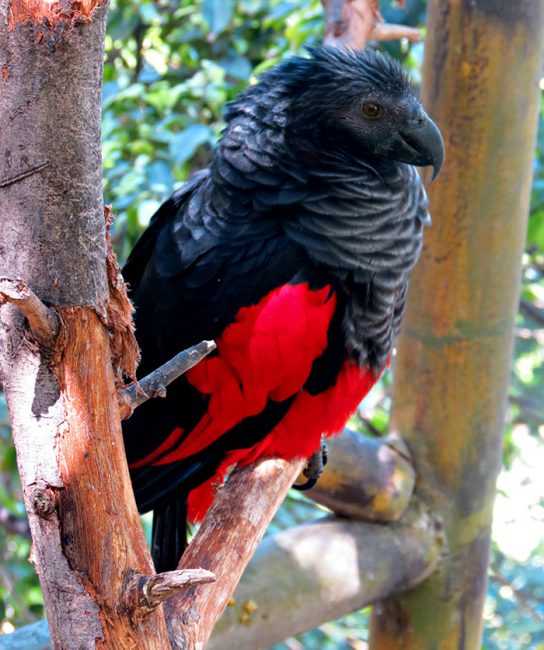 People were fascinated by the beauty of this parrot: