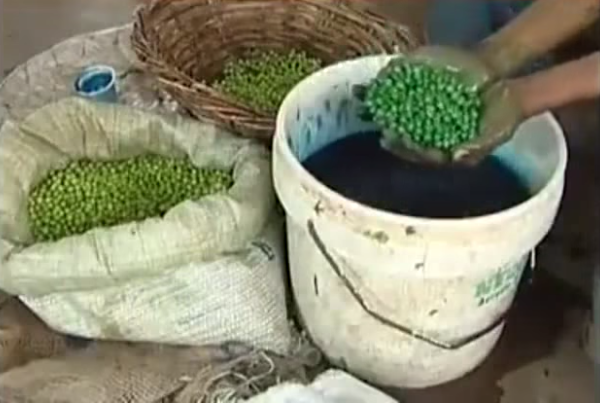 We often hear that fruits and vegetables are colored in order to look fresh, and we hoped that all these stories were not true, but… According to the video which appeared on YouTube, it is true, unfortunately.

The video shows the way vegetables are colored, in particular, peas, and the way a red chemical is injected in the watermelon, to make its color intensely red in order to lure customers with its appearance.

The chemical shown in the video, erythrosine B, is usually being used in making some kinds of candies and gels for cake decorating. This is actually the additive (E 127).

The US Association for Food (FDA) raised a partial ban on the use of erythrosine in 1990, since researches showed that its excessive consumption during tests caused cancer in mice.

If You Get One Of These 4 Headaches, Eliminate The Pain Immediately Like This

10 Invisible Things Stress is Doing To Your Body Right Now