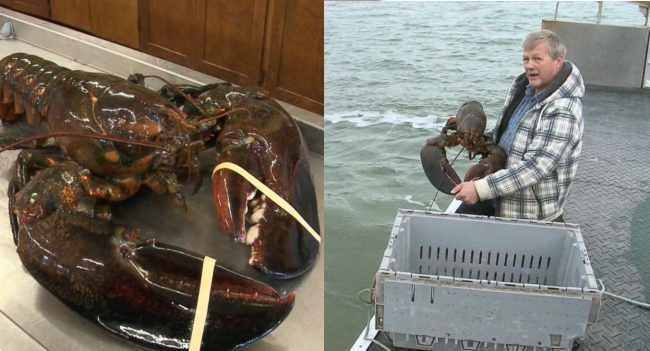 King Louie will spend the next years of his life in the wild. The 23-pound lobster will live a happy life after a woman freed him. The Canadian woman bought the 100-year-old lobster, and literally saved his life, as reported by Canadian news channel CTV.

King Louie was caught in the Bay of Fundy in New Brunswick by Rodney MacDonald. His family owns the Alma Lobster Shop, and Americans across the country gave them suggestions regarding King Louie’s destiny.

Katie Conklin is a vegan from Nova Scotia. She paid $230 to the family to have King Louie sent back to his waters. Rodney MacDonald released the giant lobster to its natural habitat. He thanked Conklin for her gesture, and placed the lobster in the water. Conklin hopes that King Louie will live a happy life.

Rodney MacDonald buys a million pounds of lobster per year, admitting that King Louie is the biggest lobster he has ever released. Rodney has never released a lobster before.

Scientists Explain What Happens To Your Body When You Walk Barefoot

Photographer Spent 2 Years Photographing Animals That May Soon Be Extinct, And It Broke Our Hearts