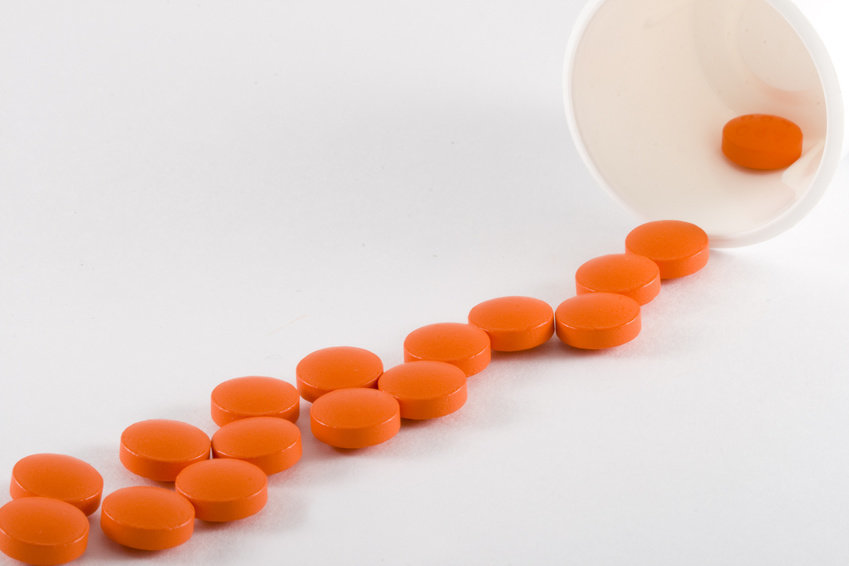 A study on how some pain medications affect fertility was just conducted in Austin, Texas with some pretty surprising results. Anti-inflammatories are a commonly used pain medication sold over-the-counter under brand names like Motrin, Advil and Aleve. The active ingredient in these is either Naproxen or Ibuprofen.
They are what are known as NSAIDS or non-steroidal anti-inflammatory drugs. But while these are great pills to take when you have a headache or if you need to reduce swelling and inflammation, a new study shows that these medications may impair a women’s ability to have babies because research has shown that these medicines prevent ovulation.

The problem is that these medications are being marketed specifically to women to treat menstrual cramps and not advising people that take it of the dangers that they face. Brand names like Pamprin, Midol and Menstridol all have NSAID ingredients.
The research was conducted at St. David’s Medical Center in Austin, under the direction of endocrinologist Dr. Shahryar Kavoussi. The findings were presented at a medical conference in Rome and showed that just ten days of taking anti-inflammatory medication reduced the chances of getting pregnant.
In this study, there were two groups of women. The first group took regular doses of the anti-inflammatory medication, or NSAIDs and as a result had an ovulation rate reduction of anywhere from 25 to 75 percent.
Those subjects who weren’t given the NSAIDs in this study had no reduction in their ovulation rate whatsoever. Why is this the case? According to the researchers, anti-inflammatories rupture one of the main ingredients of the fluid surrounding the eggs.
While this is fairly disturbing there may be some good news. This might take science a step in the right direction for helping those who can’t seem to conceive have a baby.
This can be another thing that doctors can add to the list of things that cause women not to ovulate or cause reduced ovulation. Right now, that list also includes hormonal problems, low egg production, scarred ovaries, early menopause or an illness affected either the pituitary or hypothalamus or both.
There has been an increase in the number of fertility problems over the past few decades and this could be one of the reasons why. While this research study is far from conclusive, it should be enough evidence for woman to stop taking anti-inflammatory pain medication regularly if they are trying to get pregnant.
The research found that it took ten days for the medication to negatively affect ovulation so those who only take NSAID’s once or twice a month are probably safe from any fertility problems. If you are still having pain and you need to take something for it, consider taking acetaminophen instead.
Acetaminophen is the active ingredient in Tylenol and while it is safe for fertility it can cause other problems if you take more than the maximum dose, including shutting down your liver.
Sources:
http://www.amazon.com/Pamprin-Maximum-Strength-Menstrual-Relief/dp/B004X8JBGE
http://americanpregnancy.org/getting-pregnant/understanding-ovulation/
http://articles.mercola.com/sites/articles/archive/2014/03/26/acetaminophen-overdose.aspx

You Have Been Cooking Rice Wrong Your Whole Life, Do This When the Water Boils

This is The Most Healthiest Oil to Cook With