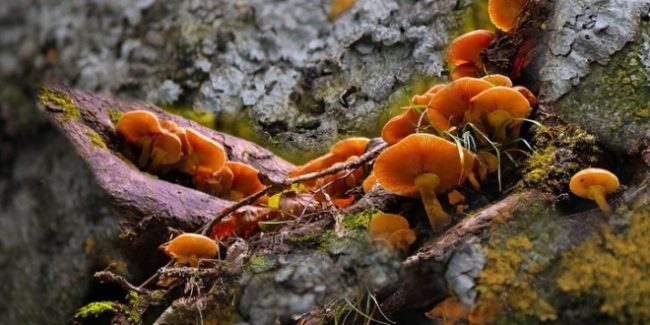 Apparently, the world’s huge problem with plastic could be solved with the help of fungus.  A recent study has found that a mushroom found in Pakistan, called Cue Aspergillus tubingensis, has been shown to break down chemical bonds in plastic.

Environmental Pollution via ScienceDirect published an experiment which showed that this unique fungus can feed off of plastic, and lab experiments showed that when it is introduced to polyester polyurethane plastic, the mycelium caused degradation and scarring.

Sehroon Khan, a scientist at the Kunming Institute of Botany in the province of Yunnan, China, sees exploring a new garbage dump as going to the grocery store. He says that when you go to the vegetable market, you expect to find various types of vegetables.

Similarly, when you go to a garbage or dumping site with many plastic wastes, there must be a microorganism that can degrade it.

In 2017, he and his team collected a sample of a previously undiscovered strain of fungus on top of a garbage dump in Islamabad, Pakistan, and when they analyzed it in their laboratory in China, they found that the species of fungus, a previously undiscovered strain of the species Aspergillus tubingensis, could break down polyurethane in just weeks. They discovered that it releases enzymes that break down the plastic’s chemical bonds and uses its mycelia to break apart the plastic further.

The problem with plastic is that it does not degrade, and there are only few life-forms out there that are able to eat it. On the other hand, plastic has disastrous effects on the ecosystems around the world.

Facts say that most of the 8.3 billion tons of plastic that have been produced since its use became widespread in the 1950s still exists in some form, and only a fifth of it is recycled.

Therefore, Kew Gardens’ State of the World’s Fungi report says even though previous studies have found fungus species that can degrade plastics, these species are rare, and Aspergillus tubingensis has never been found to do so before. The new strain could be developed into one of the tools desperately needed to solve the growing environmental problem of plastic waste.

Without a doubt, this discovery is highly beneficial since it has huge potential. Yet, scientists are still trying to determine the best conditions for the growth of this fungus.

Yet, Ilia Leitch, a senior scientist at Kew and one of the authors of the report, is cautiously optimistic and says that it will take some time to turn this exciting discovery into a solution.

This Mom's 4 a.m. Poem to Her "F***ing Asleep" Husband Is Too Hilarious Not to Share