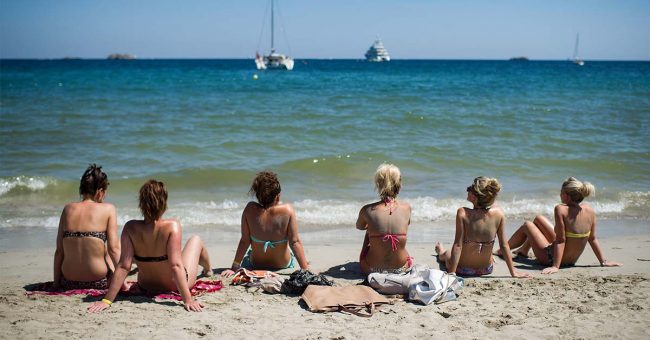 Vacations are essential for one to rejuvenate the mind, body, and soul, but they are also a way to boost one’s drive and passion and thus improve creativity and productivity.

However, many people cannot afford to go on vacation. Even if the company issues vacation bonuses, many decide to forgo vacation and funnel their money into something else.

However, employees at SteelHouse®, a marketing and advertising company, do not have a choice. Their CEO, Mark Douglas, urges them to go and get some quality rest. They could either take one long vacation in the year, or they could opt to break it into shorter ones.

The company was launched in 2010, and back then, employees didn’t really fancy the idea of vacationing so much. As Douglas explained that when they told workers they had an unlimited vacation at first, they didn’t know how to interpret it.

He says, “If you have a caged lion that was born in captivity, and then you open the cage, they back up more into the cage. They don’t start running free. “

Therefore, the next year, he made things easier for them. He started giving every employee a $2,000 bonus every year that can only be spent on vacation trips, and they could go wherever they fancy.

The liberties this company gives to its employees aren’t often found in the corporate world, so they offer honesty and trust in return.

He adds that the culture of the company is really simple, as it is based on trust and ambition.

Of course, there have been people who claimed that they don’t need time off and have just asked for a $2,000 bonus instead, but their wise CEO is adamant about how the money is used, and told them that he actually wants them to go somewhere and enjoy themselves.

Everyone is happier when treated with respect and empathy at the workplace, and a good employer must have the best interest of his employees at heart.

Many of his team members, are younger than 30 and haven’t had many other employers, so Douglas hopes that one day, they will create companies that enact similarly forward-thinking policies.

Douglas says he was inspired by his own positive experience in former jobs that encouraged employees to take holiday. He says his perspective was changed for life the moment he got exposed to a real corporate culture that had elements like these.

Furthermore, Douglas said the company ultimately enjoys more success with customers as they like doing business with a company that thinks so highly of its own staff.

He maintains all industries are capable of implementing such a policy, but many companies need to hear more about it so that it doesn’t seem so scary.

Therefore, Douglas urges other companies to hold tight onto their employees with this initiative, as their workers will become much more productive and efficient, and they will give their job the best performance and attention they can.

He adds that between 2013 and 2016, out of 250 employees, the company lost only three, due to reasons not related to the job, so they have virtually zero turnovers.

Can you believe it?

And what’s more, as such policies are tremendous morale boosters and improve the bottom line of the company, Douglas took another initiative, and now the entire company takes a 3-day weekend every month, which Douglas branded “SteelHouse Days”!

It’s no surprise that all their employees come excited and energized at work, and the company is extremely attractive to elite talents!

Animal Crossings Are Saving Wildlife And People From Danger