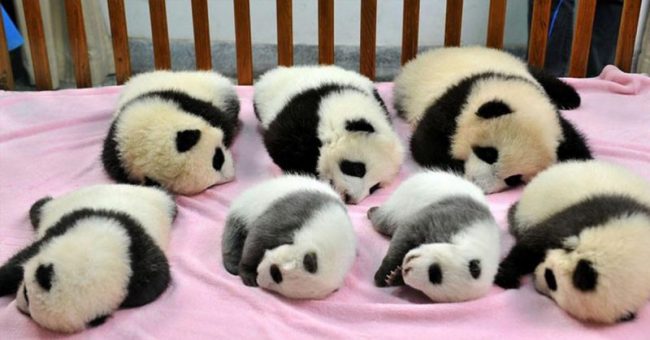 Pandas are so cute, with their huge eyes, round faces, large heads, and snub noses! They are like giant, fluffy, cuddly toys!

Now, imagine spending a day surrounded by them.. well, it is far from impossible! Can you believe that there is actually a panda daycare, and it is one of the cutest places on the planet?

Trust me, you’ll thank me for sharing this fantastic news someday!

If you ever end up in Chengdu, it is a must-visit cite. The Chengdu daycare in Chengdu, Sichuan, China, has taken care of pandas for more than three decades, intending to revitalize the decreasing panda population.

As female pandas do not breed often and have just one cub every two to three years, a baby panda is a rare sight. What makes this base so special, apart from the adorable pandas all around, is the fact that it offers the opportunity to see dozens of baby pandas!

It started with just six “sick and hungry giant pandas that were rescued in the 1980s.”

“ It has never captured any wild giant pandas, but has bred 172 fetuses and 261 giant pandas, and the number of existing giant pandas has hit 176 (as of Jan.25, 2017) due to technological innovation. These captive giant pandas are the largest artificial breeding population in the world, who are of exceptional genetic quality and positive individual and behavioral health conditions. “

In the 1980s, the population of pandas drastically decreased to only 1,200, so they were classified as endangered.

Years later, their condition has improved, and their number rose to almost 2,000 pandas, moving to the category of vulnerable species in 2016. This confirmed the success of the restoration efforts.

Yet, there are currently 1,864 giant pandas worldwide and their habitat is endangered.

According to a study conducted by the US and Chinese researchers, the main factors for the reduction of their habitat include human encroachment, tourism, agriculture, and building.

“What’s new in this study is our ability to assess the status of the giant panda by using satellite imagery and then use that information to come up with recommendations of how better to manage this iconic threatened species.”

Weihua Xu of the Research Center for Eco-Environmental Sciences at the Chinese Academy of Sciences stated that this number “ has increased only slightly since.”

The recommendations to bolster their population involved improvement of the connectivity for the small panda population, a reduction of habitat fragmentation by building habitat corridors, as well as the restriction of tourism in parks with pandas and the expansion of panda reserves.

“Creating wildlife-friendly areas and corridors that link these fragmented populations is essential, including finding ways for pandas to move over or under roads. If the giant panda is to truly thrive in the wild, we need to boost efforts to maintain their habitats, ensure that they are connected, and safeguard the future for pandas by making sure that developments are designed responsibly with the lowest possible environmental impact.”

The Chengdu Panda Base or the Chengdu Research Base of Giant Panda Breeding was established in 1987, as a non-profit research and breeding facility for giant pandas, with a vision to “be a world-class research facility, conservation education center, and international educational tourism destination.” 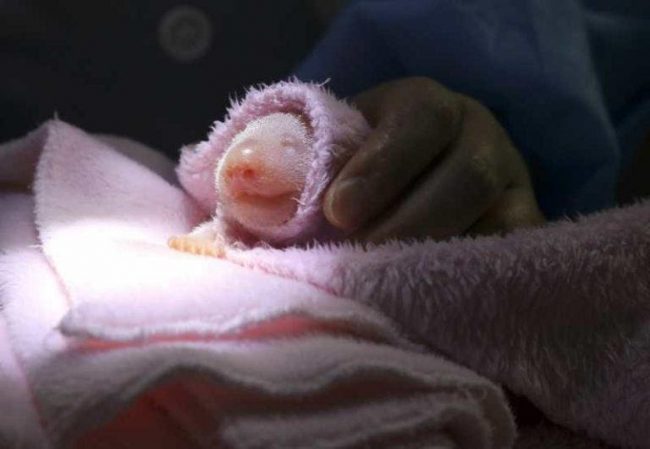 Within this museum, pandas enjoy absolute freedom to roam, eat, and play with each other. It also serves as a nursery, and it involves a scientific research building, activity base, veterinary hospital, giant panda museum, giant panda kitchen, animal house, etc.

During the summer, pandas stay indoors to avoid the heat.

In case you want to see baby pandas, (and who doesn’t?), you should probably visit the daycare in August or September, as pandas usually give birth in August. The place is also the home of other endangered wildlife, such as red pandas, peacocks, swans, butterflies, and insects.

Can a place be more appealing? I don’t think so!