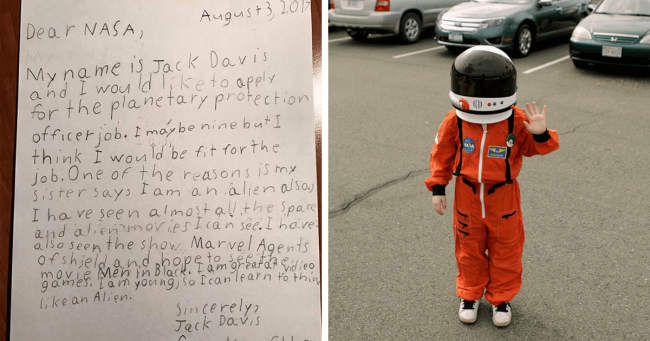 Several years ago, a NASA job posting for a planetary protection officer inspired a fourth-grader to become the next real-life guardian of our planet.

The six-figure position of a planetary protection officer protects the Earth from extraterrestrial microbes contained in samples brought back from human and robotic space missions to the moon, asteroids, or Mars.

Among the countless other applications, NASA space agency received a unique one, written by the 9-year-old Jack Davis.

“My name is Jack Davis and I would like to apply for the planetary protection officer job. I may be nine, but I think I would be fit for the job. One of the reasons is my sister says I am an alien also I have seen almost all the space and alien movies I can see. I have also seen the show Marvel Agents of Shield and hope to see the movie Men in Black. I am great at video games. I am young, so I can learn to think like an Alien.” 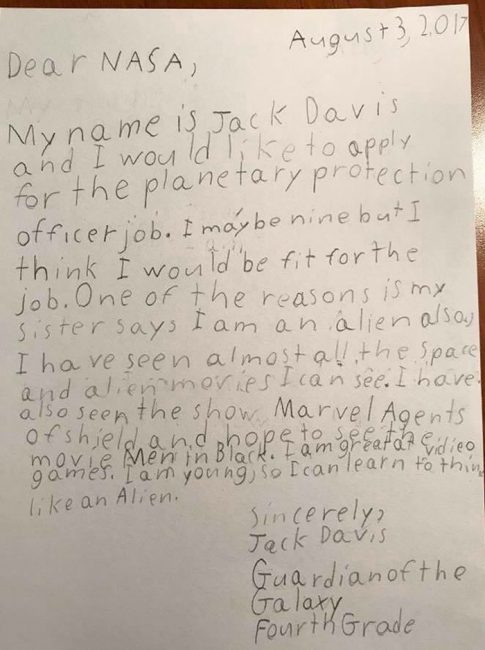 The adorable letter went viral after a family friend posted it on Reddit, and it eventually reached the space agency.

“It’s about protecting Earth from tiny microbes when we bring back samples from the Moon, asteroids, and Mars. It’s also about protecting other planets and moons from our germs as we responsibly explore the Solar System.” 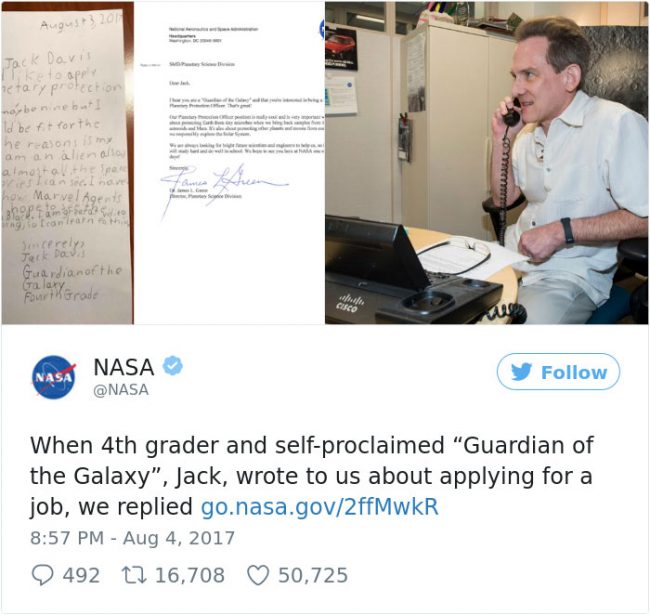 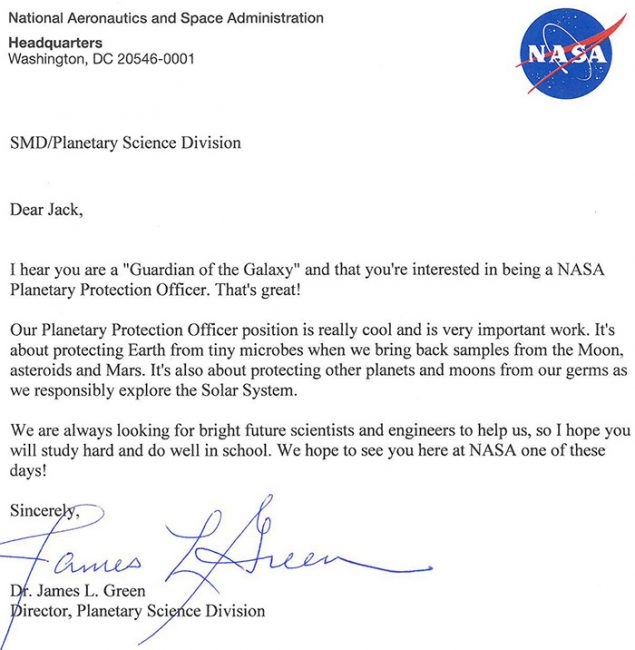 Jack even got a phone call from Planetary Research Director Jonathan Rall. NASA encouraged Jack and others to study hard to become the real “Guardians of the Galaxy” someday.

“We are always looking for bright future scientists and engineers to help us, so I hope you will study hard and do well in school. We hope to see you here at NASA one of these days!”

Additionally, the Liberty Science Center in New Jersey invited Jack to be the official kid science advisor at the Jennifer Chalsty Planetarium.

Diver Rescues Whale With Anchor Tied To It. Whale Thanks Him In Spectacular Fashion