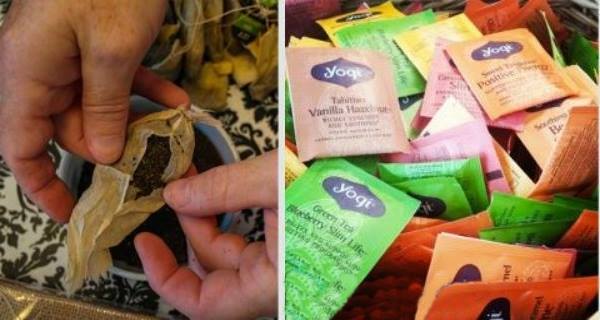 The earliest record of the consumption of tea was in China, in the third-century China, and after 1400 years, it has become a staple part of the British culture.

From there, it has been brought over the Atlantic to North America, and nowadays, at least 80% of households across the continent consume it more than once a week.

Its popularity is increased every year due to the numerous health benefits of this drink.

Yet, the latest study conducted by the Canadian news service CBC showed that nine of ten most popular tea brands in North America contain toxic pesticides.

These pesticides reduce the benefits of the tea, since many of them are carcinogenic, and their amounts are significantly above the scientifically backed ‘allowable’ limits.

In 2014, the CBC Marketplace investigated these tea brands and discovered that via either direct treatment or field runoff; nine of the ten most popular Canadian teas included pesticides.

These nine brands of tea are the following:

Even though all nine contained pesticides, some of them had a comparatively low level, so their risk to cause health damage is quite low.  Yet, 3 of them were far above the ‘allowable’ limits.

This is officially the most dangerous and toxic one of them all, as it has ten times the ‘acceptable’ levels of acetamiprid and chlorfenapyr. Additionally, it contains bifenthrin in seriously increased amounts, which has been scientifically shown to raise the cancer risk.

It has been found to contain increased levels of acetamiprid and chlorfenapyr.

Ven in small doses, chlorfenapyr can be fatal, and its poisoning shows that the chemical acts slowly in the system and can be fatal even a couple of weeks after initial ingestion. According to the report, this tea contains 18 pesticides.

Research has found increased pesticide levels in this tea brand, and the most frequently used was acetamiprid, which has been shown to lead to muscle weakness, nausea, vomiting, convulsions, and hypothermia.

In contrast, the only one that was found to contain no pesticides was Red Rose. This pekoe tea serves as an example of a delicious and healthy tea which causes no damage to our health and the environment.

Anther healthy and ethical choice of tea is the one produced by Rainforest Alliance, which adheres to the Fairtrade legislation, and causes no unnecessary natural damage or destruction.

However, the natural tea brands should also be investigated, as even some of the most popular natural brands, like Tazo, Yogi, and Trader Joe’s have also been criticized due to their use of pesticides, GMO ingredients, and “natural flavors”.

Yet, this issue was widespread on the Internet, but it was not publicly backed by many high-level reports.

Due to the outrage of their customers, Yogi has implemented numerous changes in the last 2 years, including the removal of pesticides. Sadly, “natural flavors” remain in the list of contents.

Nevertheless, the good news is that certain companies make the right choice due to the wellbeing of their customers.

Meanwhile, we recommend the use of two organic tea brands with an excellent reputation, Numi, and Traditional Medicinals.

To conclude, we strongly advise that you avoid the use of products which are loaded with pesticides. In this way, you will prevent severe health damage, but we can also force companies to change their harmful production routines.