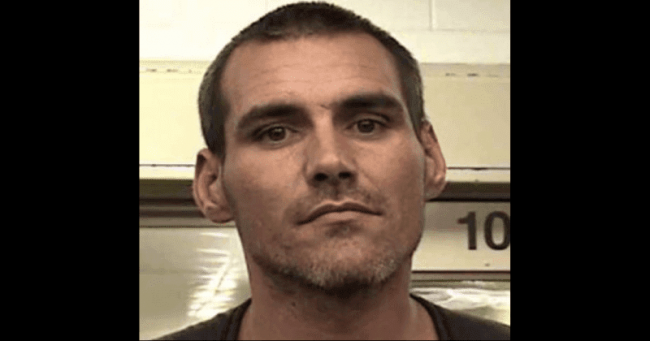 Most eight-year-olds play with their toys and learn new things at school. They sing songs and enjoy their childhood. Not this girl.

She used to arrive at school with love bites, makeup and high heels. She talked to school authorities and her story is the scariest thing we’ve heard this days. You can’t even imagine what happened to her.

James Stewart, 43, and Teri Sanchez are the parents of the poor girl. They were arrested and charged with promoting prostitution, child abuse, criminal sexual contact of a minor and human trafficking. The father denied his charges, but it was more than obvious that he was guilty.

The girl used to come at school in Albuquerque, New Mexico, in dirty clothes and bloodstained underwear. Witnesses confirm that the girl would come to school with injuries on her body. Her teachers had to do something. She kept coming to school dirty and injured.

The Lew Wallace Elementary School staff said she came to school wearing dirty clothes even after she was given some clean clothes.

Teachers couldn’t ignore the hickeys. Law enforcement authorities were informed about the case, and they suspected that the girl was subjected to prostitution.

James denied the charges, but prosecutors tried to prove that he forced the girl to be assaulted so he could afford drugs. Collin Brennan, the assistant attorney general, and prosecutor on the case, said there are witnesses to confirm that the girl had hickeys and injuries on her body. The father even taught the girl to pickpocket.

However, James’ lawyer, Stephanie Gulley, said the DNA samples from the girl’s underwear were too small, adding that there’s no evidence of James of having forced his daughter into being assaulted by men for money. The lawyer even added that the father doesn’t like the girl to wear heels to school.

But, the child says something else. Her father allowed his friends to assault her so he could buy “weed and pipes and stuff.” She didn’t want to do anything of what she was told, but he forced her. The girl was set to appear before the court and testify against her dad.

With Amazon in Flames, US Moves to Open Alaskan Rainforest to Corporate Exploitation