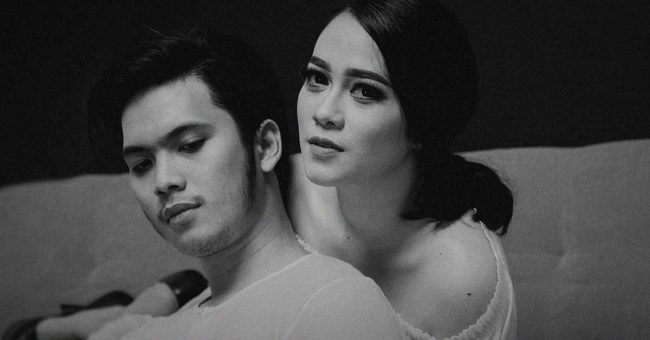 It’s hard to deny the age-old truth about relationships: There are people who are destined to be together despite all odds, while on the other side of the spectrum, there are couples are destined to eventually crash and burn.

Some relationships we are part of can actually make us better human beings, and that motivates us to strive to become the best possible versions of ourselves.

And conversely, there are relationships that turn us into poisonous people we never imagined we could become. Often, people say that they cannot choose who they’ll fall in love with, and there’s a lot of truth in that.

Surely, there are some couples that end up together even though it looks like it would never work out. A good example of such a relationship would be that of an empath and a narcissist.

Some people say that opposites attract, but that’s rarely the case in this kind of a situation. A romantic partnership between an introvert and a narcissist most often leads to a pure catastrophe.

In what follows, we’ll take a look at some of the stages of that kind of a relationship:

An empath falls in love with a narcissist, and it’s the start of their relationship. The empath will fully commit to the relationship and make a strong effort to make it work.

2. The narcissist assures the empath that she is the person he’s been waiting for

The narcissist gives the empath everything she’s ever dreamt of.

He lies and pretends to be something he is not in order to gain the empath’s trust and get her to believe everything he says, which does not come across as unnatural because his behavior at the beginning is supported by a caring and almost unrealistic guise.

3. The narcissist enters a stage of manipulation and control

Over an extended period of time, the narcissist works on crushing the empath’s self-esteem and self-love, and by using a number of different tactics he succeeds in his plan.

He will take on the role of the decision maker in the relationship, making certain the empath has no saying in any of it.

4. The empath starts to feel dependant on the narcissist

As time goes by the empath begins to feel dependant on the relationship. She feels incomplete and insecure without her partner. The narcissist will make her feel as if she cannot handle life without him and that she needs him in her life; he will use emotional violence to control his empathic partner in order to feel more powerful. At the same time, the empath grows weaker and more uncertain of things.

5. The empath will put her heart and soul in their relationship.

For the empath, this relationship will be important as she is the ones in love. Out of love, she would always want to comfort and cheer the narcissist, talk to him, push him to do whatever makes him feel good.

Narcissists often project themselves as victims of their past, their relationships, and their circumstances. Empaths are givers; they attempt to make up for all the unfortunate things that have ever happened to the narcissist. However, the more they try to give their best, the more powerful and in control the narcissist will feel.

6. The empath starts to suffocate and tries to take action

7. The empath stops and takes a moment to wonder

Since the empath’s self-esteem still hasn’t been restored and she is still vulnerable, she will buy into the narcissist’s manipulations and seriously start doubting herself and her behavior.

An that is exactly what the narcissist wants.

8. Escape will be hard but not impossible

Despite the crushing misfortune that has hit her, the empath will find a way to calm herself down, take a step back to reevaluate the situation and try to figure out the mess she’s found herself in.

And after a long fight, the empath will eventually reach down to find the strength she needs to get away from the narcissist.

Empaths have to understand that unfortunately there are bad people out there, people who only care for themselves with little fear to crush anyone in their path.

They need to realize that not everyone is like them.

The story ends with the empath struggling to get back up, feeling crushed and embarrassed.

In the meantime, the narcissist moves on without a single regret, like nothing happened, like the empath never existed.

7 Common Traits of a Covert Narcissist

8 Bad Reasons For Staying Friends With Your Ex