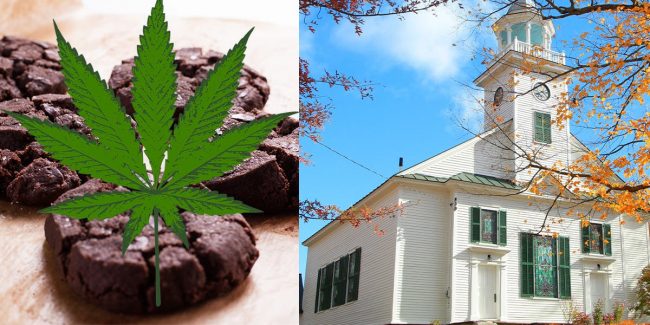 Feeding weed cookies to churchgoers is a criminal act and Mr. Jones had the police searching his home.

Mr. Jones and his weed-infused cookies are definitely making the best headlines these days. The 74-year-old offered his special cookies to six congregants aged 12-70 at the St. John’s Apostle Catholic Church in Bloomington, Indiana. What was the main idea behind this act?

Some of the congregants complained of “adverse effects,” claiming that Jones’ cookies had an unusual salty taste.

The parishioner was accused of serving marijuana cookies to six congregation members and some of them sought medical help. Jones admitted to making and offering his cookies to the churchgoers but denied using weed to prepare them.

The police got a warrant and searched his home. They found an “orange pill bottle containing capsules of a brown, oil substance.” It tested positive for cannabis.

Jones had no other option but to turn himself in. The 74-year-old was charged with felony recklessness and possession of hash oil.

Cannabis has been used for thousands of years. It has a beneficial effect on the human body and has shown a great effect in the treatment of many health ailments, including headache and cancer-related symptoms. Sadly, it’s still illegal in some states.