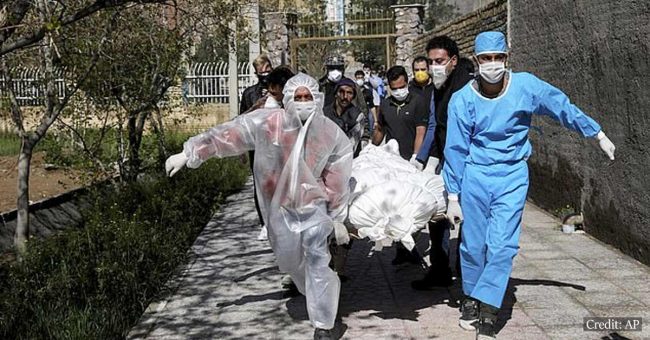 The world is now witnessing something that was never seen before, or at least not to this extent. Countries are struggling to find the most suitable solution to the crisis and prevent devastating numbers of citizens infected and dead while the coronavirus keeps terrifying the planet.

Iran is the Middle Eastern country worst-affected by the highly infectious Covid-19 respiratory disease. The fast-spreading infection has killed over 4,000 people, and over 70K have been infected.

Unfortunately, apart from these devastating numbers, hundreds of people have died, and thousands more have been poisoned, as a result of a fake coronavirus cure- high-concentration alcohol.

After drinking the alcohol they believed would cure the virus, around 600 people have died and thousands were hospitalized.

According to Gholam Hossein Esmaili, an Iranian judicial spokesman:

“The numbers are very high and are beyond our expectations. Alcohol consumption is not a cure but can be lethal.

A number of people have been arrested… and we will deal with them decisively. They must be held accountable for their criminal acts, for causing death and damage to citizens.”

There is still no cure for coronavirus, so governments all around the world have issued measures to prevent its spread and hopefully, flatten the curve.

The official guidelines by the World Health Organization  to prevent the infection and its transmission include regularly washing the hands with water and soap, or cleaning them with alcohol-based hand rub, avoiding touching the face and covering the nose and mouth when sneezing or coughing, and maintaining at least a meter distance from people coughing or sneezing.

The parliament of the Islamic republic implemented a total lockdown for the entire country, but the government feared that such measures would severely damage the economy.

Now, Iran decided to reopen ‘low-risk’ economic activities, so low-risk businesses – such as many shops, factories and workshops, as well as newspaper and magazine publishers, resumed their operations since April 11, and the same will happen in the capital Tehran from April 18.

The head of Tehran’s city council, Mohsen Hashemi, argued that there is a duality in the remarks of the senior officials, and while the health ministry advises for more strict measures, economic officials act like the coronavirus is “not so dangerous after all”.

Others claim that as many people are asymptomatic, anyone going back to work might cause a second wave of the outbreak.

Yet, Health Minister Saeid Namaki remains determined that “at a time of ‘economic war’ amid crippling US sanctions”, they cannot shut down industries and production.

You Might Be Sapiosexual: 10 Signs You Get Turned On By Intelligence