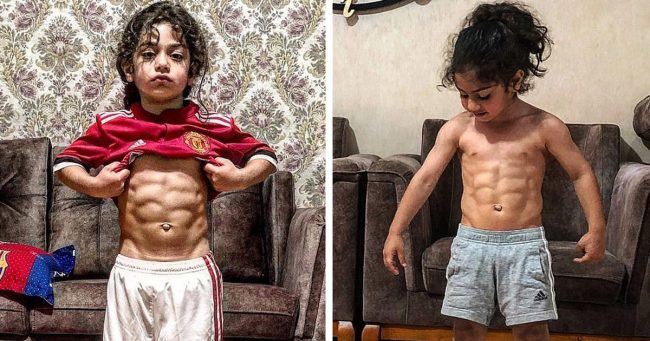 When someone claims that muscles know no age, I bet that a six-year-old boy doesn’t come to your mind! Well, an Iranian boy who trained from a very young age is here to change that!

The spectacular muscled physique of Arat Hosseini is due to his football and gymnastics skills. On Instagram, the 6-year-old boy has 4.1 million followers, and he has a place at Liverpool FC Academy. 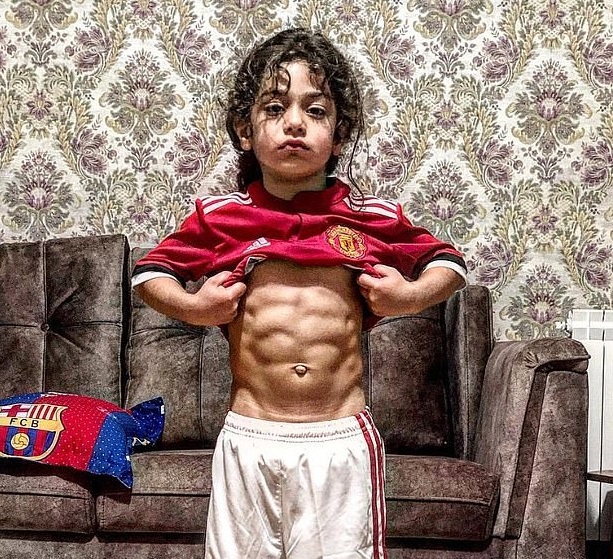 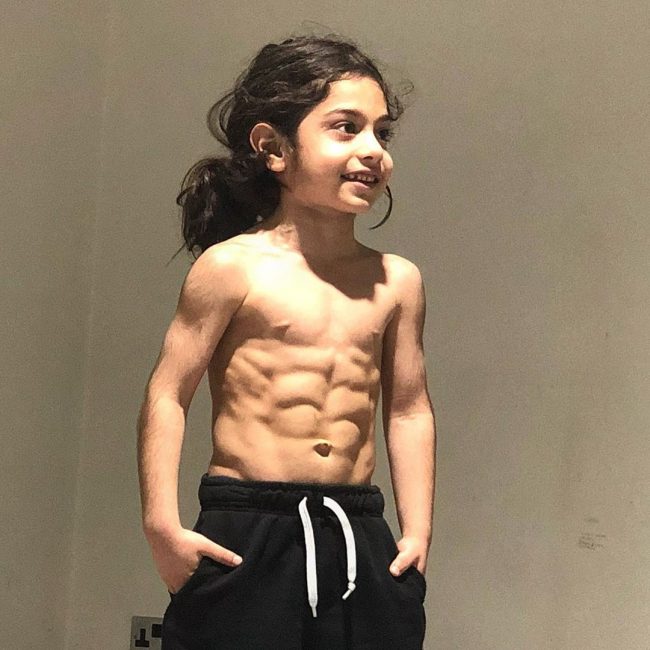 Yup, he is already a celebrity! A kid of many talents, Arat impresses his fans with his superb skills, fit body, and gymnastic videos.

His toned biceps and six-packs are rare for such a young boy, so his dad Mohammad Hosseini started sharing his photos on Instagram. 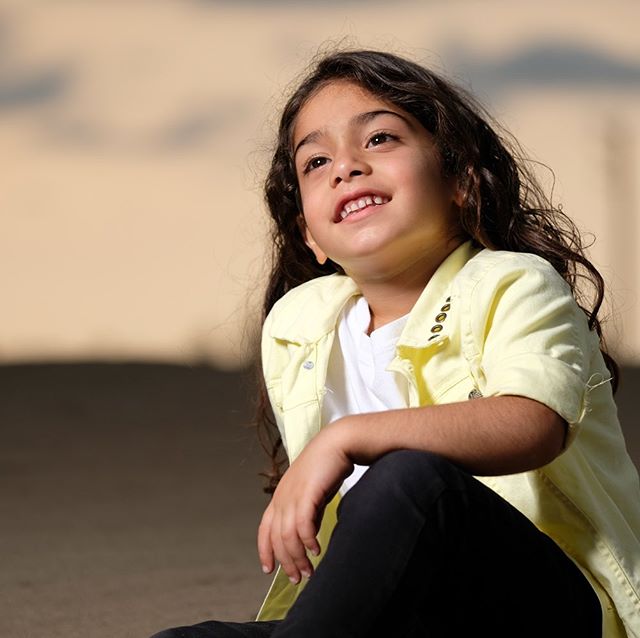 ‘After realizing my son’s talents, at the suggestion of those around me, I opened a page on Instagram, which was extraordinarily welcomed not only in Iran but also abroad.’ 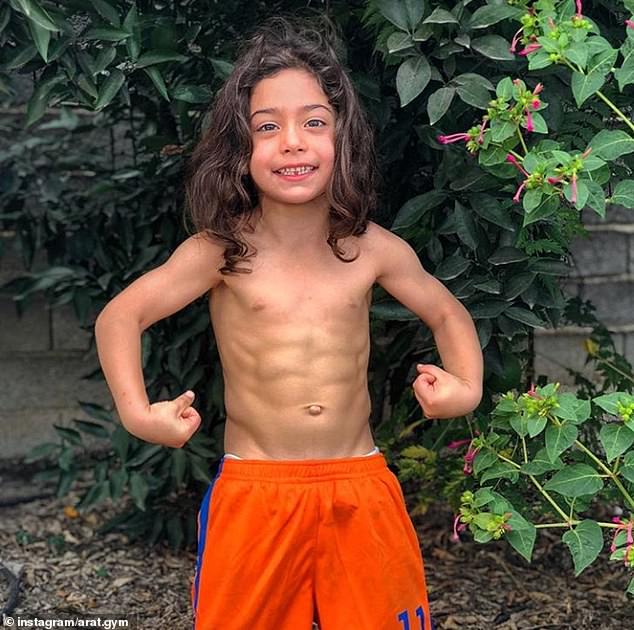 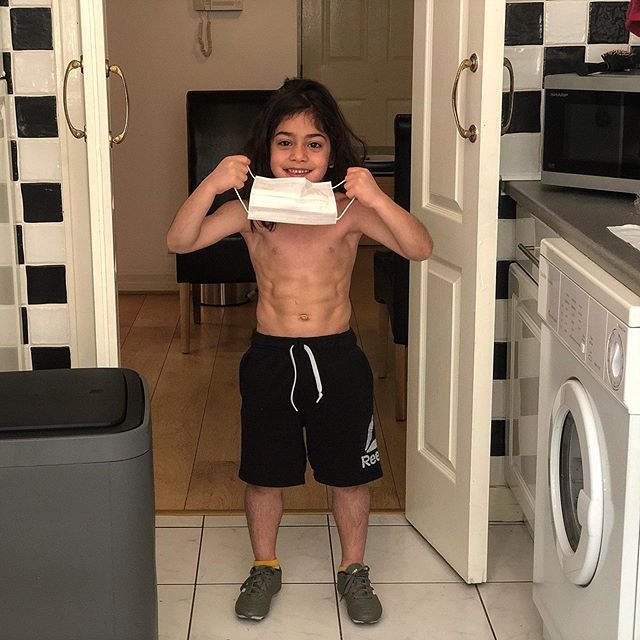 Arat initially garnered international attention when videos of him scaling walls at home at age 3 and 4 were shared on social media. 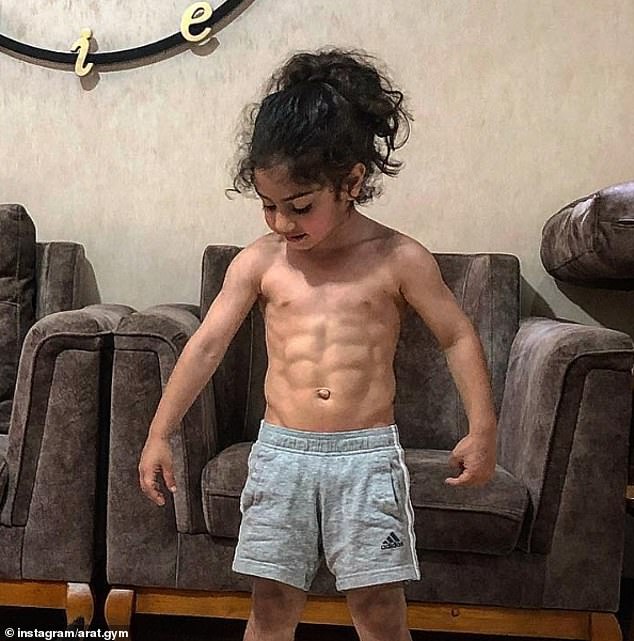 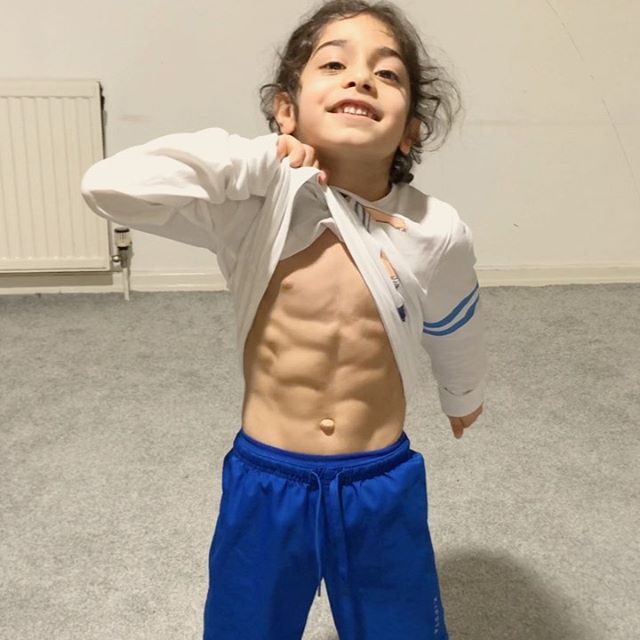 His toned, muscular body has earned him the title of “World’s Strongest Kid.”

The boy was born in Iran but, after a lot of efforts , the family immigrated to England in 2019.

He currently lives in Liverpool, and trains with the Liverpool FC’s Academy.

“Arat wants to be the best player in the world. At the same time, we’ll provide him with the best education and training and will take concrete steps in that direction.” 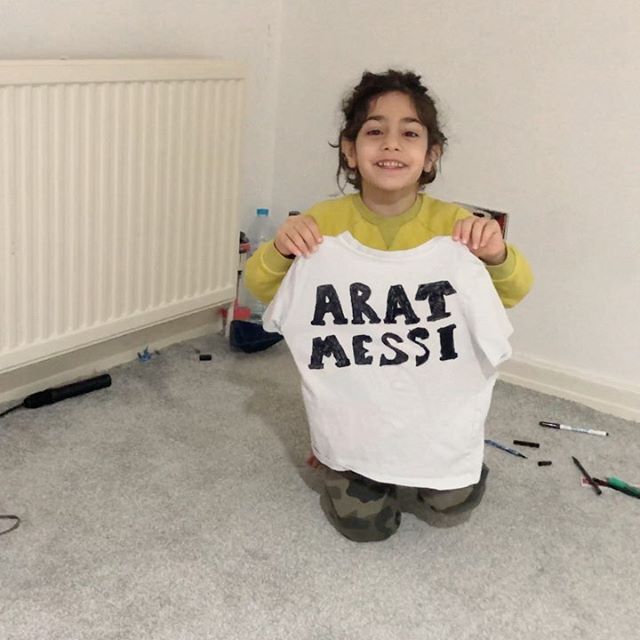 A clip of him playing football went viral, and many viewers had mistaken Arat for a girl due to his long hair.

In the video, the boy dons a Real Madrid shirt, dribbling a football with incredible mastery!

Where are you from? Arat says : I’m from Iran 🇮🇷 Live England 🏴󠁧󠁢󠁥󠁮󠁧󠁿 Liverpool ❤️

His father has been training him from a toddler, and Arat started gymnastics at nine months old.

When he was one, his family allowed him to train for about 20mins within 24hrs, and over time, the boy mastered numerous complicated athletic feats and gymnastic poses. 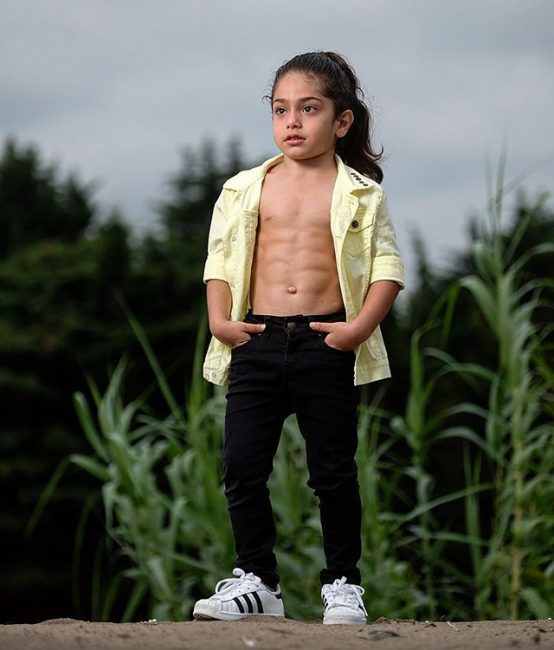 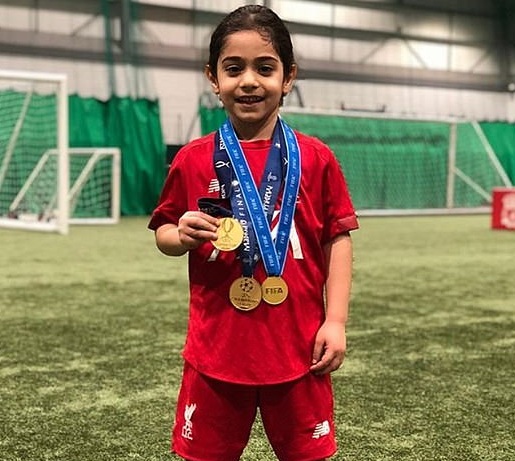 “When Arat was a little boy he was constantly moving and was always active. He started doing gymnastics even before I brought him to a small club. He was very enthusiastic. He was five at that time and I encouraged him and sought better opportunities for him. He’s been always passionate about sports.

I talk to Arat about the positive responses we get to his videos, and I use that to motivate him to achieve his goals. However, at the same time, it’s very important to protect children from the downsides of social media. After all, he’s still a child who is growing up and learning as education is very important for us.”

The boy has drawn praise from Barcelona’s Lionel Messi and Ronaldo. He had previously spoken of his dream to become an Olympic champion and to play for Spanish super-club Barcelona FC.

Since he started training with Liverpool’s academy, he has reportedly drawn interest from Arsenal, Manchester United and Barcelona.

We Are Born Creative Geniuses And The Education System Dumbs Us Down, According To NASA Scientists

31 Smart Space-Saving Ideas That You're Going To Love