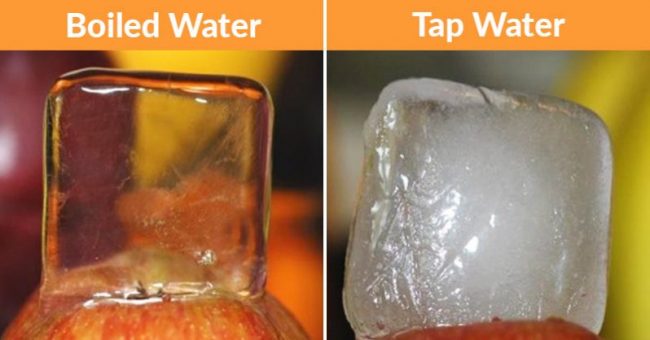 We cannot deny the fact that we are still living in a mystery, even though the technology advancements have enabled us to have the world at our fingertips.

Today, we compiled a list of 55 facts that will surprise even the most intelligent and knowledgeable among us!

The unicorn is the national animal of Scotland.

Nobel Prize winner Niels Bohr was given a perpetual supply of beer piped into his house.

The inventor of the cotton candy machine was a dentist.

Starfish are related to sea urchins and killer whales, or orcas, are dolphins, not whales

Every day, a piece of space junk falls back to Earth for the past 50 years

99% of the gold of the Earth is missing, it all sank to the center of the planet billions of years ago

A banana is a berry while a strawberry is not

There are 8 insect pieces in an average chocolate bar

Dolphins can call each other by name, as they use a unique whistle to identify each other

At an average price of 12 cents, a cell phone uses about one quarter’s worth of electricity annually

There are 1.6 million ants for every human on Earth

Until 1981, France was still executing people by guillotine

Honey is the only food that does not spoil

The Rubik’s Cube, iPhone, and Harry Potter books are among the top 10 most sold products in human history

The most shoplifted food item in the U.S. is candy, cheese in Europe, and meat in Latin America.

Nutella was invented during WWII when an Italian pastry maker mixed hazelnuts into chocolate as a way to extend the chocolate ration.

A cockroach can live a few weeks without its head, and in the end, die of thirst

In 1998, a student from Georgia was suspended for wearing a Pepsi shirt to “Coke in Education Day.”

If you open your eyes in a pitch-black room, the color you will see is known as eigengrau.

The lighter was invented three years earlier than the match

We also have proprioception, besides the other 5 senses, which is the awareness of self-movement and body position

Mosquitoes are the most deadly animals for humans

In the English language, the word ‘set’ has the most number of definitions (464)

In an average lifetime, every person walks the equivalent of 5 times around the Equator if he lives to the age of 80

Fat cells do not disappear after weight loss, they just shrink in size

Paper cuts are more painful than regular cuts as the wounds remain open and get strained and flexed, and we’ve got more pain receptors in the tips of our fingers than almost anywhere else in the body

Whips make a cracking sound since the tip actually moves faster than the speed of sound, leading to a small sonic boom

Breathe on a diamond to tell if it is real,  fake ones will fog up while real ones remain clear

The Spanish word ‘esposas’ has two meanings, ‘handcuffs’ and ‘wives’

As a result of gravity, the theoretical maximum height of a tree is about 130 meters

The tongue is the strongest muscle in our body, proportional to its size

The naked mole rat can survive with almost no oxygen for about 20 minutes, and it is immune to cancer

An average adult contains 7 quintillion joules of potential energy, which is equal to 30 hydrogen bombs

Thirty-five percent of people are born without wisdom teeth.

Catnip can affect lions and tigers as well.

German chocolate cake isn’t German, but it was named after Sam German, an American baker.

Twelve percent of sleepers dream in black and white.

In order to attract females, male caimans make low-frequency sound that no human can hear, and they do it in such a way that the water droplets on their back start to dance

It was initially suggested to name the female G-spot Whipple Tickle, after professor Beverly Whipple.

In the original stage version of The Wizard of Oz, Dorothy’s companion was a cow called Imogene, instead of Toto.

This Honey, Lemon, And Cinnamon Drink Will Help You Lose Pounds in One Week