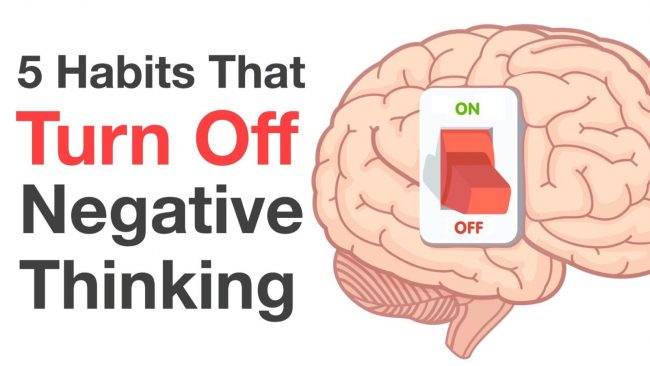 It might sound too simple, but negative thoughts serve absolutely no purpose. They will not predict the future, protect you from suffering, make you look wiser, nor say anything about your personality.  On the other hand, they are very powerful, but adversely affect your health.

“In the words of psychiatrist David Burns, MD, people who are depressed are often masters of illusion. Their pessimistic outlook — and some unconscious tricks of the mind — can turn triumphs into setbacks, and setbacks into personal failings.

Those of us prone to depression may be successful and accomplished, but we’re often plagued by negative thoughts about ourselves and our future. This thinking distorts our view of the world until everything seems dreary and hopeless.”

According to Buddha: “Your worst enemy cannot harm you as much as your own unguarded thoughts.”

Now, here are some effective strategies to reframe negative thinking:

When your mind focuses on a negative thought, take your time, and observe it. Try to find its cause, which would often be irrational, and watch it dissipate.

Ruminations are patterns of overthinking, and they are often pointless, but lead to excessive negative thinking. In order to reframe these thoughts, follow these instructions:

(a) Draw two columns on a sheet of paper, the first column labeled “Thought”, and the second column “Solution.”

(b) When your mind creates a rumination, write down the time, and try to find a solution to it. AT the end of the day, count the number of times it appeared, and if you cannot find any value in it, consider it completely unimportant.

Try to find the evidence behind negative thought, as follows:

Create two columns, the first one for you to write down the proof of it, and the second should stand for any objective evidence demonstrating the contrary. Then, see if you cannot prove it with a 100% accuracy, try to find a way and change it.

Negative thoughts have no real meaning behind, so you need to understand that you can prevent them from occupying the mind. Recite a maxim like:

“This is a negative thought. I’ll observe but not engage, as it will quickly flee.”

Whenever your mind focuses on negative thinking, try to find an activity that will defocus it and leave no space for such useless ideas.

According to Christopher Bergland, a three-time champion of the Triple Ironman triathlon and scientist, mindfulness is “much more basic than most people realize”  and says that it is much simpler than considered:

“Stop. Breathe. Think about your thinking. Anyone can use this simple mindfulness technique throughout the day to stay calm, focused, optimistic and kind.”

According to Melli O’Brien, a qualified meditation, mindfulness and yoga teacher:

“Regular mindfulness meditation has been shown to decrease stress, depression, and anxiety as well as improving immune function. People who practice meditation report overall levels of satisfaction with life higher than others.

In fact, researcher and psychologist Matt Killingsworth found that what makes people most happy is being fully present in the moment and that the more our minds wander the more unhappy we become. There is so much power in this simple practice.

By practicing daily mindfulness meditation you will gradually cultivate more awareness and be less caught up in your mind. “

Believe It or Not, Freezing Lemons Might Be The Best Thing You've Ever Done With Them

How to Make Cinnamon Turmeric Tea to Flush Inflammation Naturally