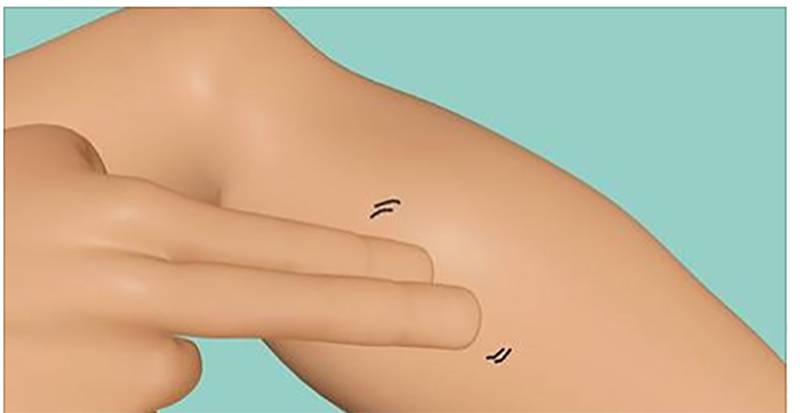 Every single body organ, especially the kidneys, muscles, and the heart , use magnesium, so it is an essential mineral for our general health.

Sometimes, you may not be aware of it, but if you experience symptoms like abnormal heart rhythms, muscle spasm, eye twitches, weakness, or fatigue without some evident reason, your body probably lacks sufficient amounts of this mineral.

It is mostly stored in the organs and bone, as it serves to support numerous biological functions. Hence, it is possible t have low magnesium levels in the body and not be aware of it, so this deficiency is often called “invisible deficiency.”

Research has shown that even 80 percent of US adults  do not consume this magnesium enough and may lack it. Another study showed that only 25 percent of Americans are getting the recommended daily amount of magnesium, which is 310 to 320 milligrams (mg) for women and 400 to 420 for men.

What’s more, Dr. Carolyn Dean, a medical and naturopathic doctor even states that this amount of magnesium is “just enough to ward off outright deficiency.”

It is a mistake to believe that magnesium is needed only for our bones and heart, as the role of this mineral for the entire body is simply incredibly important. Research has found 3,751 magnesium-binding sites on human proteins, suggesting that it greatly supports health and prevent multiple illnesses.

It is also included in over 300 different enzymes in the body and is vital for the detoxification of the organism, as it helps the removal of toxins, heavy metals, and environmental chemicals.

These are some of the roles of magnesium in our body:

The Magnesium Miracle, published in 2014, was written by Dr. Dean, a man who studied this mineral for more than 15 years. This book explains the scientifically proven effects of magnesium deficiency in the following 22 medical areas:

The early symptoms of a deficiency of this mineral include fatigue, weakness, loss of appetite, nausea, and headaches, while the following signs occur it this deficiency is not treated on time and lasts for a longer period of time:

Magnesium can be of great help in the prevention of chronic diseases. Numerous studies have shown that it supports the proper function of metabolism, specifically in terms of glucose regulation, type @ diabetes prevention, and insulin sensitivity.

To clarify this, high levels of magnesium in the body lower the risk of impaired glucose and insulin metabolism and decelerate the development from pre-diabetes to diabetes in middle-aged individuals.

According to experts, “Magnesium intake may be particularly beneficial in offsetting your risk of developing diabetes if you are high risk.”

Additionally, researchers have provided evidence that the increased intake of the mineral leads to a higher bone mineral density in people. Norwegian researchers have found that the presence of magnesium in drinking water reduced the risk of hip fractures.

In general, this mineral can help you lower the risk of all types of cancer. The American Journal of Clinical Nutrition published a study which showed the link between higher intakes of dietary magnesium and the reduced risk of colorectal tumors.

The meta-analysis showed that for every 100-mg increase in magnesium intake, the risk of a colorectal tumor was reduced by 13 percent, while the risk of colorectal cancer by 12 percent. Researchers believe that the anti-cancer properties of magnesium many be due to the capacity to reduce insulin resistance, which may cause favorable effects on the tumor development.

Magnesium can be found in high amounts in green leafy vegetables such as spinach and Swiss chard, seaweed, nuts, avocados, beans, and seeds, like pumpkin, sunflower, and sesame seeds. One of the best options is to juice your vegetables in order to get the most out of them.

Yet, it is not enough just to consume magnesium-rich foods, as nowadays, most food grown lacks magnesium and other minerals.

“Magnesium is farmed out of the soil much more than calcium… A hundred years ago, we would get maybe 500 milligrams of magnesium in an ordinary diet. Now we’re lucky to get 200 milligrams.”

Namely, in many foods grown these days, herbicides, such as glyphosate, act as chelators, and thus block the uptake and utilization of minerals, so magnesium r hard to find in food. Additionally, it is depleted in the process of cooking and processing.

On the other hand, many foods affect the way the body absorbs this essential mineral. For instance, the consumption of alcohol in excess influences the absorption of vitamin D, which helps the magnesium absorption.

Dr. Danine Fruge, associate medical director at the Pritikin Longevity Center in Florida also suggests that the body excretes magnesium through the kidneys in the case of high sugar intake as well, “resulting in a net loss.”

Reduced magnesium levels are also linked to these factors:

Vitamin K2, Calcium, and Vitamin D Must Be Balanced with Magnesium

Supplementation can help you lower the risks of magnesium deficiency, but it is not that simple. To be clear, when taking magnesium supplements, you should also take calcium, vitamin D3, and vitamin K2 as well, as they all work together. For instance, excess calcium amounts without proper magnesium intake may cause a heart attack and sudden death.

Researchers who have examined the Paleolithic or caveman diet found that the ratio of calcium to magnesium in the diet that our bodies evolved to consume is 1-to-1. In general, our diet is higher in calcium than magnesium, and their ratio is about 3.5-to-1.

In the case of high calcium, but low magnesium amounts, a person may experience muscle spasms and heart issues. Dr. Dean explains:

“What happens is, the muscle and nerve function that magnesium is responsible for is diminished. If you don’t have enough magnesium, your muscles go into spasm. Calcium causes muscles to contract. If you had a balance, the muscles would do their thing. They’d relax, contract, and create their activity.”

Furthermore, the balance of calcium and magnesium also demands the sufficient amounts of vitamins K2 and D. These 4 important nutrients support each other, and imbalance between  may be the reason for the link between calcium supplements and the increased risk of heart attacks and stroke, as well as the cases of vitamin D toxicity.

These adverse effects are partially due to the fact that vitamin K2 keeps calcium in the appropriate place, so in the case of its deficiency, the added calcium accumulates on wrong places, such as the soft tissue, and causes even more problems.

Similarly, if you take vitamin D orally, you should also consider taking vitamin K2 and more magnesium, either as supplements or in food, as excess vitamin D doses without magnesium and vitamin K2 in proper amounts may cause vitamin D toxicity and magnesium deficiency symptoms, such as inappropriate calcification which causes heart damage.

How to raise the Magnesium Levels

The levels of magnesium can be greatly elevated through juicing greens. Organic foods are often richer in it if grown in soils high in nutrients.

The “bowel test” is of great help as it determines if you take excessive amounts of magnesium via supplementation.

“The best way to tell if you are getting enough magnesium is the “bowel test”. You know when you have too much magnesium when your stools become loose. This, in fact, may be a blessing for people with constipation… [which] is one of the many ways magnesium deficiency manifests.”

Another extremely effective way to raise your magnesium levels is to take regular Epsom salt baths or foot baths. Epsom salt is actually a magnesium sulfate, which can be easily absorbed through the skin. You can also use magnesium oil for topical use. Yet, note that you should avoid magnesium stearate, as even though it is commonly used, it is a harmful additive.

The substance combined with magnesium in the supplement influences the absorption and its bioavailability, and may also provide additionally health benefits.

The various forms differ, and some of the best alternatives include magnesium threonate and citrate, as they enter cell membranes, as well as the mitochondria, and boost the energy levels.

We will provide some important information on these combinations in supplements:

You Have Diabetes Symptoms? Just Boil These Leaves And Fight Diabetes Without Medications