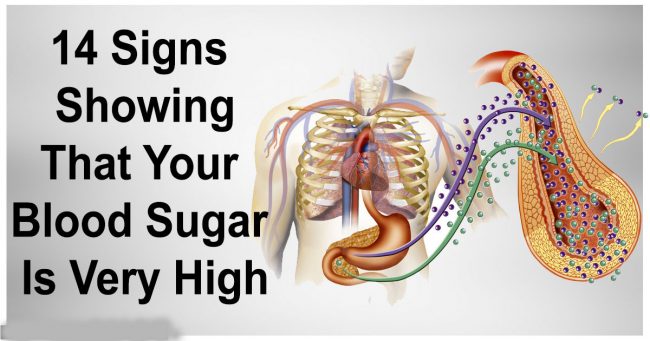 Increased blood sugar levels do not necessarily indicate diabetes, as they are just one of the many symptoms of the disease. Yet, this is a serious warning that you need to address the issue as soon as possible, in order to prevent additional complications.

These are the most common symptoms of high blood sugar levels:

9. Slow healing of wounds and cuts

If you experience these symptoms, before you turn to commercial medications and prescribed therapy, you should try to lower blood sugar levels in a natural way.  Studies have shown that you can lower sugar levels in the blood and lower the risk of type 2 diabetes by following a low-GI diet.

GI or glycemic index is a scale that classifies foods according to their effects on the sugar levels in the blood.  It varies from 0 to 100, so you need to increase the intake of foods that are lower on it.

Foods with a high GI include:

You can occasionally consume foods with moderate GI, like:

The lowest ranked foods on the scale have a GI between 0 to 54, and you should focus on them:

However, note that, according to Diabetes UK, the GI can also be affected by other factors such as:

Moreover, make sure you also start exercising regularly, as it is also one of the best ways to naturally lower blood sugar levels.