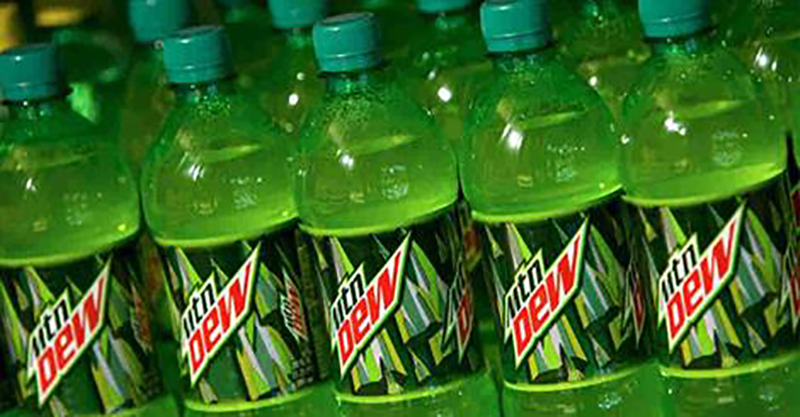 You have sure noticed the terrible trend between teens. They sneak whole cases of Mountain Dew. MSG chips, and high fructose corn syrup to all their parties. Are not Coke and 7-Up just enough?

You can easily solve this problem by switching their cases with bottled water and nice stevia drinks, offering them to come over to the vegetable tray or organic hot dogs.

The Dew trouble was first produced in Tennessee and later, in 1964, it was sold to Pepsi-Cola.

Central Appalachia is one of the areas known for theterrible dental issues. As dentists explain, the area owes its “popularity” to Mountain Dew. “Mountain Dew Mouth” is the name of the rampant condition in this part of the US. Parents put some Mountain Dew in the baby bottles, and teenagers are forced to pull their own teeth because of the unbearable toothache.

“It’s a stereotype rooted in a terrible fact. Central Appalachia is No. 1 in the nation in toothlessness.”

But, this does not apply onlyto the poor, rural areasin America.

The metal can itself hinders the function of your hormones. It is often lined with BPA to prevent any reaction between the acid in the soda and the metal in the can.

When it comes to such packages, BPA has never been tasted on its safety. It has shown to cause obesity, infertility, reproductive cancer, altering pancreas beta cells and it is often linked with cardiovascular diseases and thyroid dysfunction.

BPA is able to mimic estrogen and it is oftenassociated with an increased rate of miscarriages and polycystic ovary.

You may not understand the world of gamers, but if you try a bit harder and read some more, you would notice that it is not only boys who play these games. As statistics shows, the average player is 37. Millions of people throughout the country spend too much time playing games.

To make things even worse, Mountain Dew was marketed as the “Game fuel.” The producers even changed the design in order to coincide with some popular games like Call of Duty.

Thousands of players from every part of the world compete every day. During these epic battles, gamers who usually chug a 20-ounce bottle of soda every hour can finish 3.5 liters in 6 hours.

Toddlers & Tiara moms choose Mountain Dew; it is the “go go juice” and baby pageant contestants drink it to get the special “energy” and wiiiiiin!

At a young age she drank a mixture of Red Bull and Mountain Dew!

You drown in cans of Mountain Dew and dump a whole cup of sugar into your blood flow on a daily basis. Do you still think that you cannot get diabetes or heart disease?

You only have one life.

6 Activities To Do To Lose Big Tummy In a Week