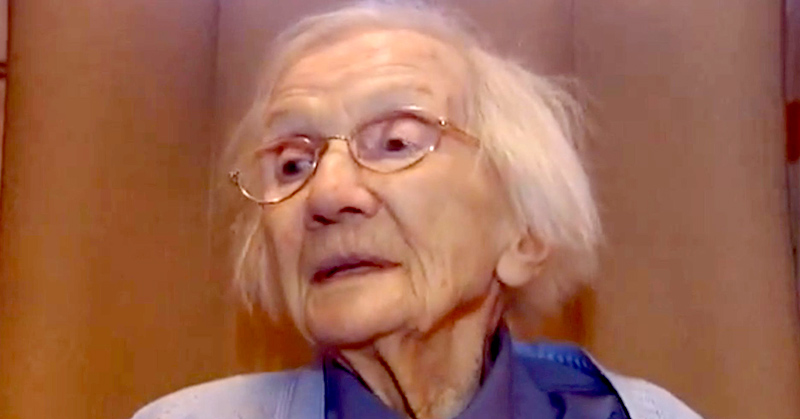 Trust someone who knows the good life! If you were ever wondering about what longevity is due to, then we have quite the story for you! Many people like to discuss different secrets for a long life, but there is one reason you might have never thought about.

It all started in 2015, when Holiday Retirement conducted a massive across-America survey, inspecting seniors over 100 what the reason for their longevity was. It is safe to say that after the survey was detailed, there was an array of tips on how to live longer.

While some said it was all about family, others assured that living life to the fullest was the key. However, one of the most surprising answers came from a 109-year-old woman, called Jessie Gallan.

Born in 1906, Jessie was raised in Kintore, Scotland, on a family farm. She lived with her parents and six siblings in total. Her life was simplistic and rural, sleeping in a cottage and living freely.

She went to school for a short bit but then continued with finding a job in a farm kitchen. Following her first job, Gallan worked as a housemaid in the city as well. She worked in a wealthy family, after which she moved onto working in the service industry.

Gallan finally moved into the Crosby House. This is a home that accommodates ill or alone seniors. Gillian Bennett, who works there said, “Jessie is a lovely woman. She has got her best friend here, Sarah Jane, and they are always together. She likes her music and likes her exercise class and is a very independent person. She is always walking about.”

Gallan passed away in March 2015, but she managed to provide a secret for her longevity before her death.

“My secret to a long life has been staying away from men,” Gallan noted. “They’re just more trouble than they’re worth.”

Jessie also revealed an extra secret to her vitality and said: “I like my porridge. I have all my life.”

Gallas certainly shared an interesting theory to debate. Given the fact that more and more women fall desperate for the lack of good men, maybe the wise thing to do is to let go of the idea of men, and let your prince find you. No one can definitely confirm Gallan’s theory, but it is definitely an intriguing approach to consider.

7 Exercises to Reduce the Size of Your Belly