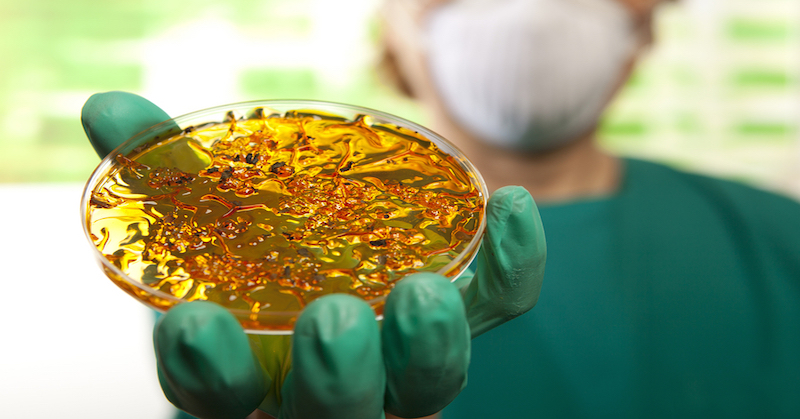 According to experts, a 1,000-year old remedy for eye infections may possibly kill antibiotic-resistant superbugs. The 9th Century Anglo-Saxon remedy consists of onion, garlic, wine and a part of cow’s stomach.

The recreation of this remedy almost completely destroyed Staphylococcus aureus, commonly known as MRSA. It was found in Bald’sLeechbook which is an old English manuscript with instructions of many treatments kept in the British Library.

The medieval recipe requires two species of Allium and is made from onion, garlic, leek, wine, and oxgall, or cow’s bile. According to the original recipe, the mixture should be brewed in a brass vessel, then strained and stored for 9 days before use.

The scientists were astonished to reveal that this remedy killed 90% of MRSA bacteria. They believe that it is all about the combination, and not a particular ingredient.

Dr Freya Harrison explained that at first, her team believed that the medieval remedy could show “a small amount of antibiotic activity.”  “But we were absolutely blown away by just how effective the combination of ingredients was,” she explained.

Check these tips in case you decide to make your own “Bald’s Eye Salve”:

If you have trouble finding a cow stomach bile, use some rennet (commonly used in cheese making) instead and watch a miracle happening!