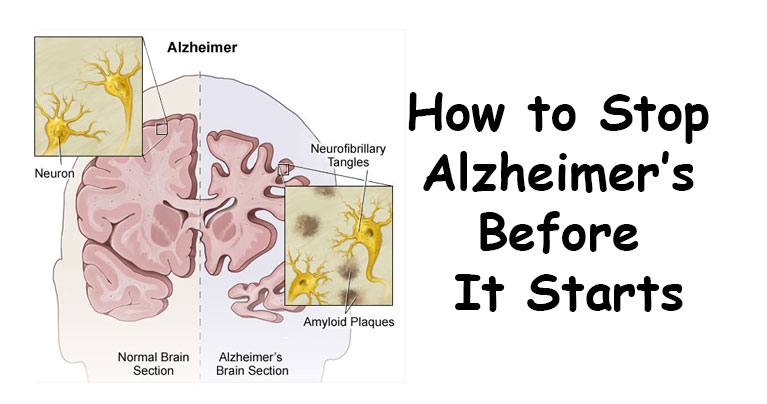 The term dementia covers all the symptoms of a decline in mental ability which interfere with the everyday life of a person.

The most common symptoms include memory loss, mood, and behavior changes, learning, and thinking issues. The most common cause of dementia is Alzheimer’s disease.

If the cause of dementia cannot be treated, more and more brain cells die, and the symptoms get aggravated. Yet, if the reason is treatable, like vitamin deficiencies, medications, this set of symptoms known as dementia is reversible.

Despite genetic predisposition, dementia might also be a result of various psychological, environmental, and lifestyle factors.

These are the risk factors for dementia:

Medication that contributes to developing dementia

Impaired function of the thyroid gland

Here are ways to reduce the risk of dementia:

These vitamins are extremely important for numerous cellular processes. Vitamin B6, B12, and folate lower the levels of homocysteine, HC – a molecule which damages the vascular system.

When in high levels, it raises the risk of strokes, heart diseases, and vascular issues which cause cognitive decline related to aging. To lower its levels, you should take B complex with 500mcg of vitamin B12.

The metabolic and cardiovascular health have a huge impact on the risk of heart diseases, strokes, and dementia. Type 2 diabetics developed in their midlife have 50% higher risk of developing Alzheimer’s disease compared to individuals with normal blood sugar levels.

Low DHA (docosahexaenoic acid) levels lead to poor memory and cognitive impairment in the elderly. It is found in fish oil, so consume this oil in order to prevent dementia. You should take 1000mg of DHA daily.

Be Careful with Anticholinergic Medication

Numerous prescription and over-the-counter drugs such as sleep aids, allergy drugs, heart medications, and antidepressants cause a mild to strong anticholinergic activity in the human’s body.

It has been found that there is a relation between increasing high-dose anticholinergic use and the onset of dementia. In case you are taking these medications, you should consult your doctor in order to limit their use or substitute them.

Numerous preclinical and animal studies have proved the link between the lack of vitamin D  and cognitive decline, which leads to developing dementia symptoms.

When animals received vitamin D supplements, they were able to prevent body processes that might cause Alzheimer’s and dementia. Vitamin D successfully prevents these conditions.

You should enjoy enough sunlight in order to get the needed vitamin D amounts, and you can also take supplements.

You should always wear a helmet while riding a bike or motorbike, in order to prevent damage to the brain.

To strengthen the vascular system, you should move the body and keep your heart pumping every day. If you are physically active, you will be able to prevent numerous chronic health issues. Try walking, running, biking, or gardening at least half an hour every day.

By challenging the brain daily, you will be able to delay the onset of dementia. You can try crosswords, word puzzles, or learning a language.

Researchers have found that bilingual adults have delayed dementia signs by 5 years in comparison to those who speak just one language. Studies have also shown that crosswords if done daily, delay the onset of memory decline by 2 and a half years.

To prevent health issues, always remain socially connected. In this way, you will avoid the consequences of loneliness and isolation, and keep the mood and health at an optimal level.

The excessive smoking and alcohol consumption have disastrous effects on health and lead to various chronic diseases. One study has found that daily smokers have an increased risk of Alzheimer’s disease in comparison to ex-smokers and non-smokers by 45%.

Surprisingly, people who drink 1-6 drinks a week have the lowest risk of dementia, and the risk is higher in people who do not drink alcohol at all.

This is due to the fact that moderate drinking has slight antioxidant effects, especially red wine. If you start practicing these valuable tips, you will successfully prevent dementia or at least significantly lower the risk of its onset.

Sources and References:
healthandlovepage.com
The Hearty Soul
Alzheimer Society
Food For the Brain

Use This Simple Trick To Keep Ticks Off All Summer Long!