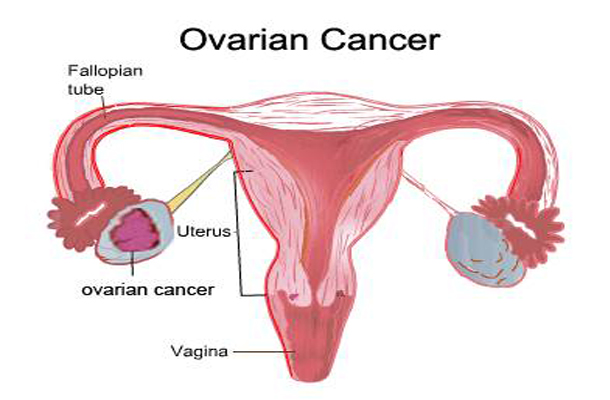 The real causes of ovarian cancer remain unknown, but several factors are known to increase the chances of developing the disease. These groups of women are more likely to develop ovarian cancer:

So far there are no tests that can reliably show if a woman has an early-stage ovarian cancer. Some diagnostic procedures include a thorough bimanual pelvic examination, diagnosticlaparoscopy, and variousx-rayprocedures.

An ultrasound can be made through the abdomen and the lower pelvic region or with a transvaginal probe. Low GI series or barium enema involve series of X-rays to highlight the other organs. CA-125 blood test is used to determine the level of CA-125, a tumor marker.

High awareness among women and their gynecologists is more than necessary. They must be aware that regular checkups, especially in cases of bloating can detect and diagnose cancer at an early stage when it can be actually cured.

Women who are at high risk due to a family history, should do regular checkups. Although there is no strong evidence, when it comes to treating menopausal symptoms, women are advised to use the lowest dose of hormone replacement therapy in the shortest period possible.

There are various treatments. According to the specialists, women diagnosed with ovarian cancer are usually advised to do a surgery, which involves removal of the uterus, tubes, ovaries and omentum. If the cancer has metastasized, the surgery may include removing of other tissues in the abdomen and pelvis, as well as parts of the colon.

Specialists explain that chemotherapy is usually given after surgery to stop the recurrence of cancer, but it is also given to reduce the cancer before surgery, especially in advanced cases. It is also used if the disease has reoccurred.

Most regimes are based on platinum agents, and there are many target-therapies. In many countries specialists practice antibodies that hinderthe blood flow to the cancer. Chemotherapy can be inserted directly into the abdomen. Many studies have confirmed the positive effect of this hyperthermic peritoneal chemotherapy during surgery.

Radiotherapy is rarely used for ovarian cancer, but it can be applied in the late stage of the disease in order to reduce pain and bleeding.

How To Do Reflexology Treating Common Ailments At Home

21 Health Tricks To Teach Your Body