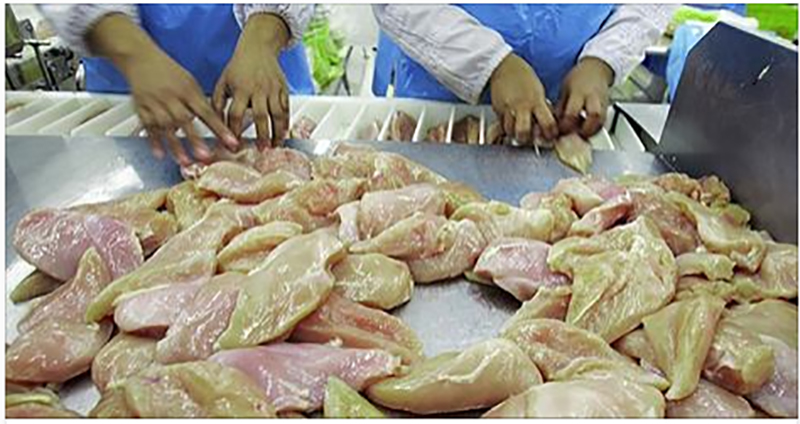 The USDA ended the ban on the processed chicken imports from China, meaning that they are now sold all over the United States without specified country of origin.

Therefore, do you like the idea that you might consume chicken nuggets made in China, without the supervision of USDA inspectors?

Let’s now consider facts. This year alone, there was an outbreak of the among live fowl in fresh meat markets in China! Moreover, numerous dead pigs were found in the waters of Shanghai, rat meat was passed off and many other scandals! Do you think that the decision of the USDA is wise?

First of all, the chickens will be slaughtered in the U.S. and then shipped to China for processing and re-export.

However, New York Times claims that no USDA inspectors will be present in the Chinese processing plants, so people who consume the chickens will have no guarantees of the origins of the meat they are supposed to consume.

This means that we will not be able to recognize if our chicken nuggets have been processed in China or in the U.S.  There is a similar situation with seafood as well.

The Seattle Times, reports that due to the dramatical cost savings, domestically caught Pacific salmon and Dungeness crab are being processed in China and shipped back to the U.S.

Charles Bundrant, the founder of Trident, which ships around 30 million pounds of its 1.2 billion-pound annual harvest to China for processing, says that “There are 36 pin bones in a salmon and the best way to remove them is by hand. Something that would cost us $1 per pound labor here, they get it done for 20 cents in China.”

What we can state here is that our best interest was not the priority of the USDA.

In contrast, it should have pursued another goal, as there were attempts by U.S. beef and poultry producers to lift the restrictions in order to stimulate Beijing to reciprocate and open its huge market to more U.S. meat exports.

How To Make Perfect Ginger Water And Treat Joint and Muscle Pain, Migraines, Fever and Heartburn's

Prevent Gout and Joint Pain by Removing Uric Acid Crystallization From Your Body. Here is How