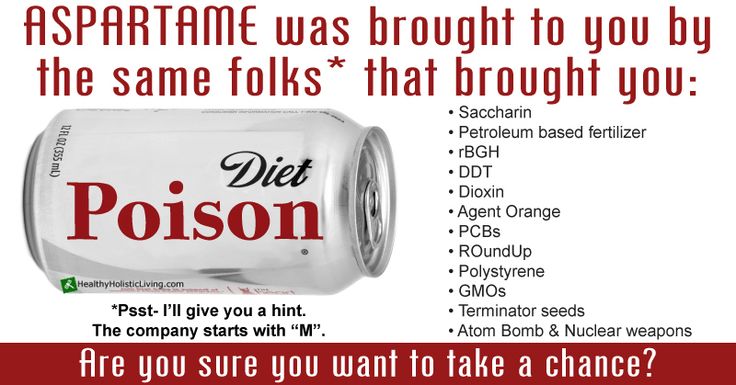 If you try to get more than enough information on aspartame, you just need to type “aspartame,” and browse all results that come up. It will literally take you a week. There’s more too much information, research, and speculation out there on the subject to fill volumes.

So rather that just listing through those materials, this article offers a different kind of approach.  It focuses on a small part of the debate, and then follows it through.

Initially, the article focuses on those that keep assuring us that it’s safe: the experts. Experts in the government, experts in the medical field, the people who keep patting us on the head and advising us not to worry, those that we should believe that, if aspartame was dangerous, they would tell us.

Yes, you read it right: We have been deceived about the safety of a dangerous product, and all in the name of corporate profits.

Before you read, check out this video:

Let us start from the start. Aspartame was initially developed by the pharmaceutical company G.D. Searle. However, this company had difficulty getting their product approved by the Food and Drug Administration, the federal agency responsible for making sure our food and drugs are safe.

Allegedly, the substance was tested on monkeys, which afterwards developed brain lesions, tumors, and seizures, and even died from it.

For 16 years the company’s applications for approval were rejected, but they persisted in offering their own proofs that their product was safe.

Finally, the FDA asked the Department of Justice to prosecute G.D. Searle for submitting fraudulent test data in their efforts to get the substance approved. On this subject, an FDA senior toxicologist, Dr. Adrian Gross, once told Congress, “Beyond a shadow of a doubt aspartame triggers brain tumors.”

But then G.D. Searle, producer of aspartame, made Donald Rumsfeld its CEO. When Ronald Reagan took office and brought Rumsfeld with him as part of his transition team, a new FDA commissioner was appointed immediately.

The artificial sweetener made by the company that Donald Rumsfeld was now the head of, over the objections of the FDA scientific board, now was approved in one of his first acts of the new FDA commissioner.

Furthermore, when it looked like aspartame would be approved later on for use in carbonated beverages, the National Soft Drink Association itself objected, saying it wouldn’t be safe because aspartame is very unstable in liquid form and breaks down into, among other things, formaldehyde.

Monsanto bought G.D. Searle and Co. in 1985, and the NutraSweet Company operated as part of Monsanto until 2000, when Monsanto sold it to J.W. Childs Equity Partners, where it remains today.

During all this time, the FDA has compiled a list of 92 symptoms associated with aspartame consumption, including deafness, blindness, nausea, dizziness, weight gain, and even death. Nevertheless, aspartame is still present on the market, being in more and more products.

According to the Aspartame Resource Center, at www.aboutaspartame.com, it is found in more than 6,000 products worldwide. The ARC site is full of cheerful information on the safety of aspartame, and they even have a section labeled “Meet the doctors,” which lists the members of their medical advisory board.

In the medical advisory section, the ARC says, “The Aspartame Information Center Expert Medical Advisory Board was created to help guide the Center’s communications to health professionals and the public about aspartame benefits, safety and role in a healthy diet.

The board members provide counsel on current medical and nutrition science, as well as insight on tools that help address the needs of health professionals in their work. Their backgrounds span critical areas of medicine and science, and each has unique experience in health and nutrition.”

Does it sound like they are confused about who they are? What is this “Aspartame Information Center”? I looked it up: www.aspartame.org. and once again, they too have a long list of “experts” they use to back up their claims that aspartame is safe, including the Calorie Control Council. In fact, the Calorie Control Council owns the Aspartame Information Center site and is listed on the bottom of every page as the copyright holder.

Go further, and you’ll see another site connected to the Calorie Control Council, called Calories Count, at www.caloriescount.com, which lists as its sponsors . . . wait for it . . . Ajinomoto, NutraSweet, Splenda, and Sweet ‘N Low. You can take a look at their sponsorship page here: http://www.caloriescount.com/support.html.

To sum up, the FDA believed aspartame was dangerous, so they wouldn’t approve it. However, they changed their minds when the president at that time and his friend, Donald Rumsfeld, who just happened to be the head of the company that made aspartame, appointed a new head of the FDA. Miraculously, aspartame was approved not long afterward, after 16 years of being rejected.

When we try to find out something more on aspartame, we find Web sites full of comforting information showing us how safe it is, written by reliable organizations like the American Dietetic Association, and sponsored by aspartame!

Furthermore, we backed out again to the Aspartame Resource Center and its expert medical advisors in order to consult those who were to be trusted, the medical professionals, the people who had the scientific knowledge, not to mention the connections with both the governmental agencies that protect our health and the largest medical and health organizations.

We started with the first name on the list, and fell into yet another rabbit hole that seems, even now, to have no end. The first name was C. Wayne Callaway, M.D.