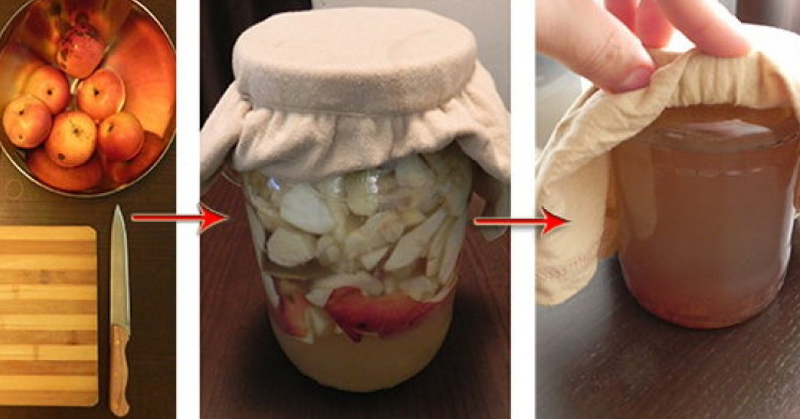 Apple cider vinegar is common in almost every kitchen, as it is a great addition to numerous meals. However, the folk medicine also uses it in order to treat numerous conditions.

Even though studies have not confirmed all of these uses, experts have studied many of them and have provided evidence that this ingredient can provide amazing benefits.

For instance, a Japanese study included 175 obese people who followed similar diets. Only one part of these participants consumed apple cider vinegar while others didn’t.

She stated  “Apple cider vinegar’s anti-glycemic effect is very well documented. It doesn’t block the starch 100%, but it definitely prevents at least some of that starch from being digested and raising your blood sugar.”

Yet, even though numerous people buy their apple cider vinegar in health food stores or groceries, you can make your own homemade one and enjoy its benefits.

This is how to prepare it:

In a large glass jar, place the apples with their peels and fill it with water in order to submerge them completely. Then, add the honey and stir well in order to dissolve it.

Next, put a paper towel over the jar opening, close it and leave it to sit for 2 weeks. Then, strain it, remove all the apple remains and pour only the liquid back in the jar.

Leave it for four more weeks, but remember to stir it every day.

After this month, you can start using your homemade apple cider vinegar in numerous ways and enjoy its miraculous health benefits!