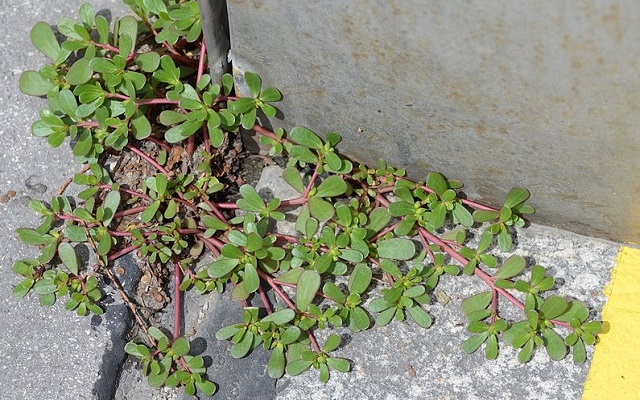 Portulaca oleracea, or Purslane as you all know it, is the annoying weed that grows in your back yard. But, things are about to change here.

Purslane is native to Persia and India, but today it grows in every corner of the world. In some cultures it is grown and used in cooking, while in others it is just a weed that ends up in the trash along with other weed or rotten leaves and stems.

Purslane is known for its meaty leaves and tiny yellow flowers. It may not have the best of looks, but it will sure amaze you with its benefits that you probably have no idea of.

Purslane seeds are extremely powerful, and they remain good for about 40 years. Plus, it is the safest plant when it comes to GMO dangers. Purslane likes both arid climate conditions and nice gardens, and it grows equally in every aspect.

The plant itself is super-powerful, resistant and amazingly healing. Some herbalists use it to provide an immunity boost or bring overall health to an optimal level.

Although it is referred to as pig weed, it is definitely a lot better choice for pigs than the GMO grains they and other livestock are given. Believe it or not, purslane is higher in omega-3 fats than most of the fish oils you can get.

Moreover, it is the richest source of vitamin A in the group of leafy green veggies. Vitamin A is known for its ability to enhance ocular health, and it also contributes to a stronger protection against various cancers.

There are two types of betalain alkaloid pigments in purslane – beta-xanthins and reddish beta-cyanis. Each of them is known for its powerful antimutagen and antioxidant effect. Purslane is abundant in vitamin C, B vitamins, including niacin and riboflavin, carotenoids and trace minerals like calcium, magnesium and iron.

The conclusion would be that purslane sure has a lot to offer, and it deserves a treatment of potent health booster instead of plain weed. Who needs expensive supplements, when we have such a powerful plant in the backyard?