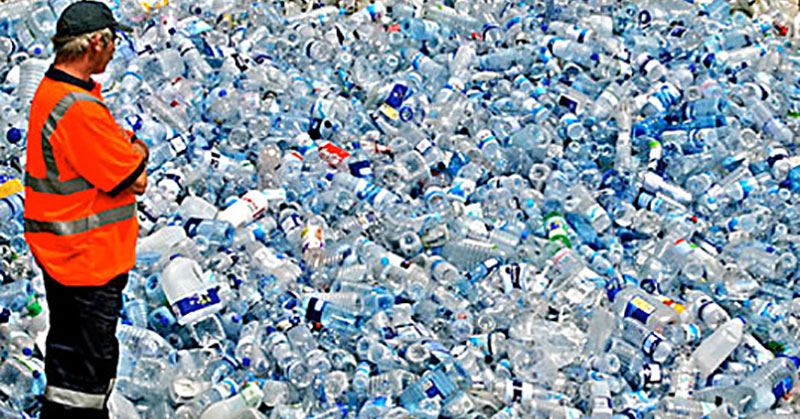 Nowadays, the plastic pollution is one of the biggest environmental burdens.

Statistics say that annually, we throw away enough plastic to circle the globe 4 times. Also, it has been shown that 50% of the plastic is thrown after the first use.

Newest studies suggest that the consumption of water and food in plastic bottles and packages is extremely detrimental to health, as plastic contains various harmful chemicals that leech in the water or food, and are thus entered in the human body.

One of the most harmful compounds in plastic is bisphenol A or BPA. The exposure to this toxin during pregnancy has been found to lead to low birth weight in newborn children.

This chemical has been initially used in the process of manufacturing of everyday plastics like helmets, food containers, goggles, paper receipts, and the coating of metal tins and cans for food. Due to all this, apparently, all people contain it at some level in the blood.

Moreover, this substance has been proven to have disastrous effects on the endocrine system, through the thyroid gland. Moreover, it also leads to obesity and affects the behavioral and brain development in children.

Despite these effects, the use of plastic bottles seriously damages the environment, and this pollution has been shown to directly cause various other health effects as well.

Due to all this, the city of San Francisco has started a revolution and became the first city to ban the sale of plastic water bottles. This is the start of a global movement which will lower the amount of waste thrown annually, due to the billion-dollar plastic bottle industry.

In the last 4 years, this ban is planned to phase out the plastic water bottles sale which holds 21 ounces or less in public spaces. According to GlobalFlare, a waiver will be permitted only if there is a lack of an adequate alternative water source.

This proposal was strongly supported by the Think Outside the Bottle campaign, which encourages restrictions of the “eco-unfriendly product”.

This is a huge step, even though it is not as strict as the full prohibitions passed in 14 national parks and numerous universities in Concord, Massachusetts

The fines for violating this ban can go up to $1,000. Hence, this will definitely stimulate you to purchase a reusable glass bottle.

Joshua Arce, the chairman of the Commission on the Environment, declared that this ban is “another step forward in our zero-waste goal. We had big public events for decades without plastic and we’ll do fine without them again.”

Previously, San Francisco banned plastic bags and plastic foam containers, so this is not the first attempt to reduce the plastic pollution. By 2020, they plan to eliminate all waste that goes to the landfill, and currently, the diversion rate stands at 80%.

The reaction of the American Beverage Association, which includes Coca-Cola Co. and PepsiCo, was the following: The ban is “nothing more than a solution in search of a problem. This is a misguided attempt by city supervisors to decrease waste in a city of avid recyclers.”

Nevertheless, the plastic pollution should be reduced at any cost, so moves of this one by the city of San Francisco may convince us to quit the use of plastics and become more aware of the need to protect our environment.

Source: www.trueactivist.com
This article (San Francisco Becomes First City To Ban The Sale Of Plastic Bottles) is free and open source. You have permission to republish this article under a Creative Commons license with attribution to the author and TrueActivist.com