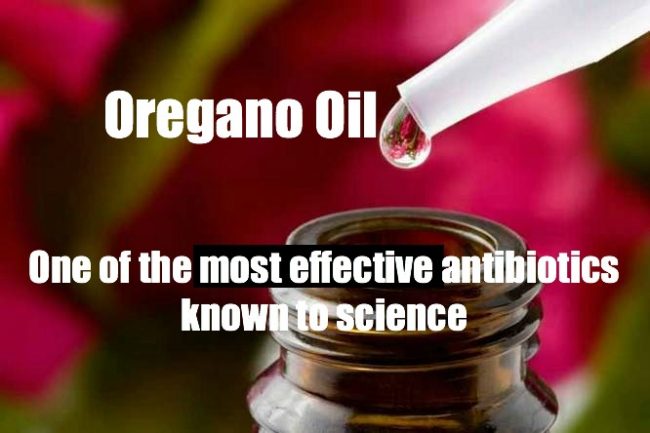 Oregano is a potent herb with a myriad of health benefits, and oregano oil is the ultimate natural antibiotic known to science.

Oregano, or botanically known as Origanum vulgare, is a flowering plant which is often used to flavor food. It is native to Europe, but is nowadays grown all over the world.

Its medicinal qualities were valued in ancient Greece and Rome, and its name is derived from two Greek words, “oros,” meaning mountain, and “ganos,” meaning joy or delight.

Initially,  the leaves and shoots of the plants are air-dried, and then the oil is extracted and concentrated by steam distillation.

This herb contains three times more antioxidants than blueberries, and the oil is the richest source of carvacrol. It has been found to kill various strains of bacteria, by destroying their cell membranes and inhibiting their replication.

What’s more, it destroys the harmful bacteria only, leaving the beneficial probiotic bacteria intact, unlike pharmaceutical antibiotics, which destroy our gut, and cause various side-effects.

It contains four main groups of chemicals which are active healing agents and act as antioxidants and antiseptics.

Oregano oil is a rich source of phenols, which are compounds that have beneficial antioxidant effects and prevent free radical damage. Here are some of the most powerful components in this essential oil:

Linalool — It relieves stress and anxiety

Rosmarinic acid — It is a strong antioxidant and antihistamine, treats swelling and allergic reactions

Terpenes — They have powerful anti-bacterial properties

When purchasing oregano essential oil, make sure it is 100% pure, raw, unprocessed, additive-free, steam distilled, and aim at the highest carvacrol percentage you can find, which can vary from 50% to 85%.

Note that even though it is completely natural, you should use it for a short time as it is still an antibiotic. You should take it orally for 7-10 days at a time.  Before use, pour a drop of it on the arm and see if it causes any reaction. Remember to always dilute it with a “carrier oil” such as coconut or olive oil.