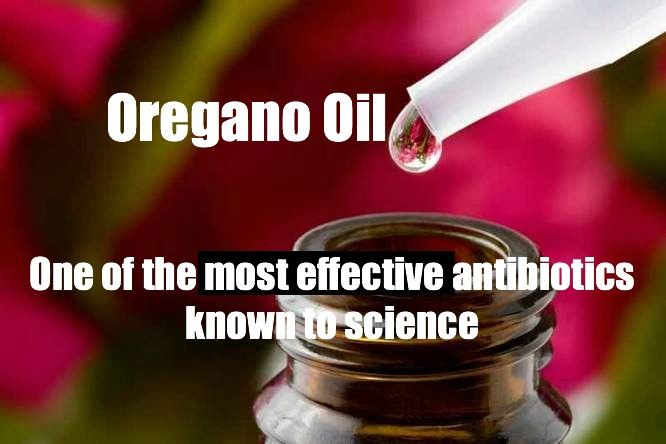 Considered as an ultimate antibiotic, the oregano is a powerful herb  with  number of specific healing properties at its disposal. Compared with other products, oregano has 8 times more antioxidants than the apple and three times as much as blueberries.

Antioxidants boost our immune system in a natural way as well as protect our body against free radical damage. Moreover, oregano oil is known as the most useful plant oil worldwide.

Its origins date from Ancient Greece where Greeks used its oil for medicinal purposes. The word oregano in Greek means joy of the mountains.

Familiar with oregano’s antiviral, antibacterial, antiseptic and antifungal properties, the Greeks used it for healing people suffering from various diseases.

It was also used as a remedy for pain and inflammation and it treated  all kinds of respiratory  and digestive illnesses.

Oregano Oil  is The Ultimate  Antibiotic

Oregano oil consists of 4 groups of chemicals acting like active healing agents. These four groups are the following: Phenols, terpenes, Linalool and borneol and Esters.

Phenols contains carvacrol and thymol that have antiseptic and antioxidant properties. Terpenes consists of pinene and terpinene  having antiseptic, antiviral, anti-inflammatory and anesthetic properties.

However, the most important compound in the oregano is carvacol, also known as the most effective antibiotics according to scientific research.

One of the interesting facts about the oregano is that it is mostly used in Mediterranean dishes, and according to the statistics people of the Mediterranean are known for their long life spam.

Real wild Mediterranean oregano needs to be either of origanum vulgare or Thymus capitatus , mostly found in Spain.  The oregano oil  has  to have carvacrol concentration of 70% or more and to be derived from the previously mentioned types.

Unlike other  pharmaceutical antibiotics, oregano essential oil doesn’t provoke harmful stress in the body and doesn’t have side effects.

It acts in an effective way against threatening bacteria and doesn’t create biological changes in the body. In contrary, it nourishes the body  while not depriving it of nutrients like other traditional antibiotics do.