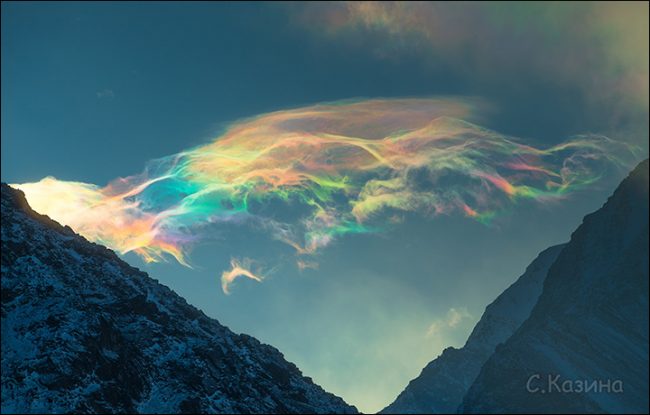 Photography captures a moment and makes it immortal. It is a powerful language that communicates our emotions and helps us tell our stories.

What’s probably the best about it is that it reveals the most generous part of our human nature, our urge to share the beautiful and interesting things we have encountered and experienced with others.

Living in the Altai Mountains, Kazina got the chance to capture the beauty of iridescent clouds, or rainbow clouds, in the glowing sky over Belukha mountain, Siberia’s highest peak (4,506 metres/14,783ft).

This rare phenomenon looks like a group of colorful soap bubbles and is created by tiny ice crystals or water droplets that spread out the light.

About two decades ago, Kazina quit her job and moved to the mountain village of Uznezya in Russia’s Altai Krai region with her two kids.

The wooden hut that became their home, located in the breathtaking natural setting, offered the much-needed peace and harmony.

Altai mountains, formed 300 to 500 million years ago, are truly enchanting, and the magical retreat welcomes all those who want to escape from their hectic, stress-rich lives in the cities.

“I often visit the Belukha mountain just because I really love it and the whole Katun ridge.

[From where I live,] it’s a one-day trip by car to a nearby village, after which the road ends. Then, two days on foot or on horseback to the Ak-Kem valley and one more day to the foot of the Belukha mountain. This mountain is not just the highest peak in Siberia, but a beautiful natural monument and shrine of the Altai Mountains, too. I love it for its unusual beauty and power.”

Colorful bubbles in the Altai Mountains 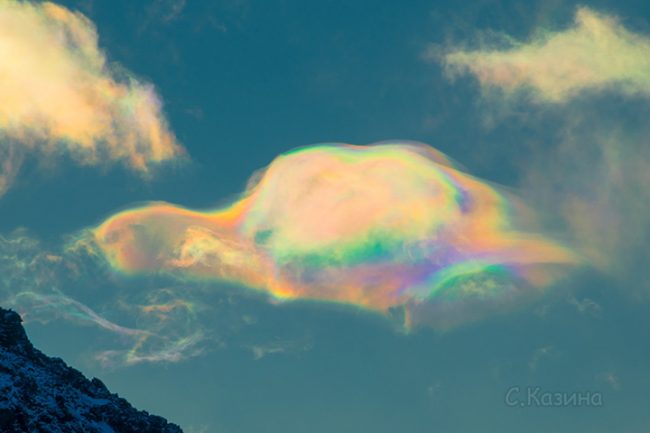 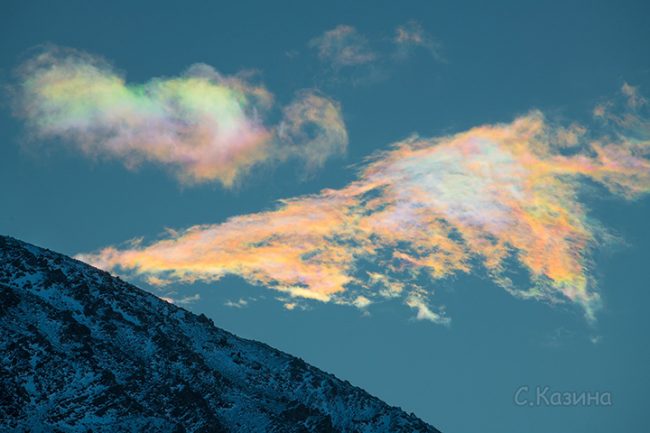 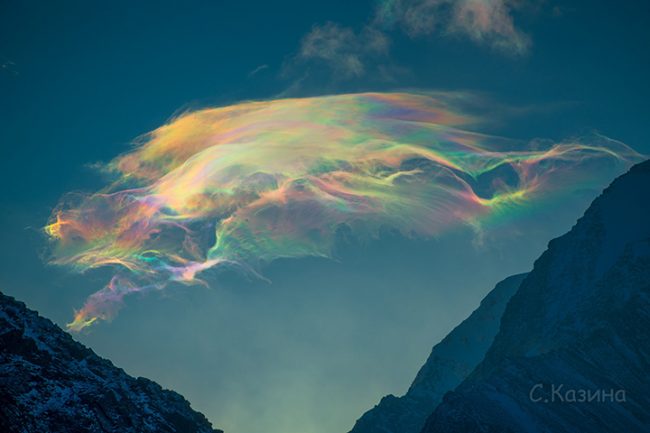 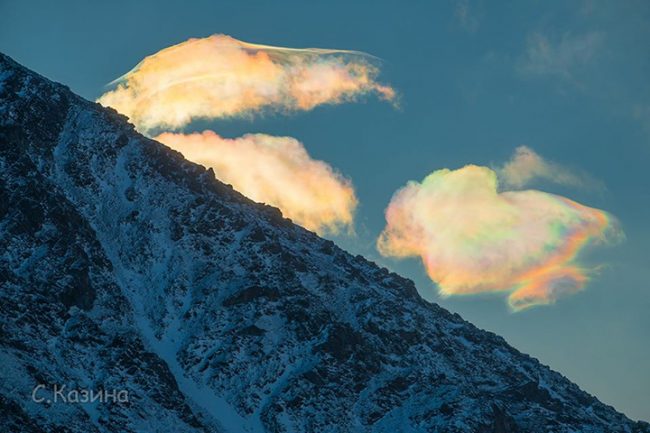 “I captured the iridescent clouds on a frosty winter morning, standing on the frozen Ak-Kem lake. Iridescence is a fairly common phenomenon in our mountains. When photographing these clouds, I used a polarizing filter to make the formations even clearer.”

‘Rainbow clouds are a rare optical phenomenon when thin clouds close to the Sun change to spectral colors. The clouds in my photos are so thin that they look more like lace. The wind at this height was so strong that the cloud ‘lace’ changed every second.’

Yet, after she put down the camera, she took another shot with her phone:

“[It was] an amazingly big mother-of-pearl cloud which was colorful for roughly an hour. The colors grew in intensity as the sun sank lower behind the horizon.”

These images look supernatural, do you agree?

These Flower Tattoos With Black Backgrounds Are Seriously Gorgeous