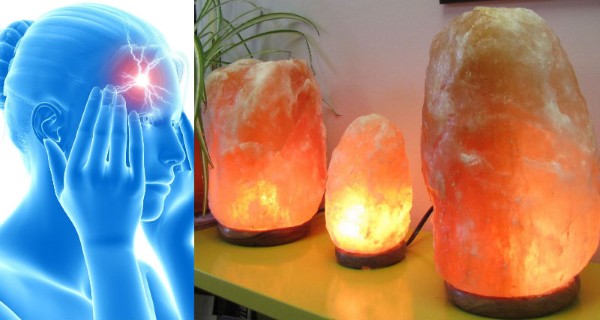 It’s pink, it’s shiny, and for many, it’s perfect. Himalayan salt is regarded by many as an amazing gift from nature. Not only is it tasty, but it also provides so many wonderful benefits. For instance, it can lower blood pressure and boost digestion, and there’s even more that this amazing naturally-occurring salt can do.
It comes directly out of the grounds of the Himalayan Mountains, where it is mined, manufactured and prepared for distribution to people all around the world.

There are two different types of Himalayan salt; the type you can eat, which is lower in sodium than other salts, and the type that isn’t edible. It is the latter will be talked about here.
The Health Benefits of Non-Edible Himalayan Salt
When you think about things that are good for you, your first thought probably has to do with things that are positive; however, with Himalayan salts, it’s actually the negative that is good for you – negative ions, to be exact.
Have you ever taken a walk outside and just felt completely refreshed and uplifted? Well, that pleasant feeling that you are experiencing is the result of negative ions. These negative ions are produced in nature and they can easily be recreated with Himalayan salt. That’s because this magical salt contains negative ions.
What are negative ions? Well, ions are charged molecules in the air that you can’t see with the naked eye. The positive ions are typically referred to as electronic smog, which can be very harmful to your mental health. The positive charge in ions comes from things like TVs, computers, phones, microwaves and other electronic things that push electronic waves through the air.
It’s the ions with a negative charge that are good for you. These negatively charged ions are created when a molecule gains an electron. When this happens, the negatively charged molecules attach themselves to things that can have adverse effects on your health, including dust and mold spores.
When the negative ions are combines with these natural pollutants, they lose their destructive nature, which means that the negative ions can literally clear out the air and make the environment around you healthier. What are the benefits of these negative ions?
Well, the can help to ease headaches by clearing toxins out of the air or purifying the air, which, in turn, will also help you sleep better.
Now, remember before how being in outdoor spaces makes you feel good? Well, that’s because it’s natural locations, like the beach, the forest and specifically waterfalls, that create those negative ions., which is why you feel so good in those locations.
While you can absorb these negative ions when you’re in nature, they aren’t as easy to absorb in other areas, like your house. However, with Himalayan salt, you can infuse your home with negative ions. That’s because this salt contains negative ions, so exposing yourself to it will automatically make you feel better.
Sources:
http://www.healthyandnaturalworld.com/the-amazing-health-benefits-of-himalayan-salt-lamp
http://helpinus.net/how-to-use-himalayan-salts-to-improve-air-quality-remove-headaches-and-sleep-better-tonight/
http://www.healthy-holistic-living.com/himalayan-salt-lamp-benefits.html
http://www.healthyfoodteam.com/how-to-use-himalayan-salts-to-improve-air-quality-remove-headaches-and-sleep-better-tonight/

14 Signs You Could be Anemic - Do Not Ignore Them

This is What Stress is Doing to Your Body Right Now