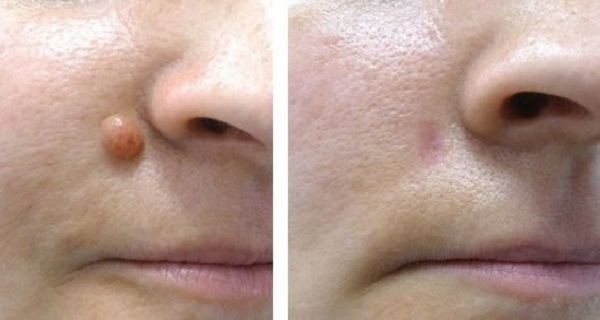 Warts are often unpleasant, painless skin growths. They are more common in middle aged people, commonly developing on broken skin on the hands and feet because the virus is able to enter the top layer of skin through scratches or cuts.

Warts are benign skin growths, and as doctors explain, they are considered as benign tumors of the connective tissue. People tend to describe them as small nodules, and their size ranges from a few millimeters to even a centimeter.

Warts almost always have the same color as your skin, but in some cases they are mildly pigmented. These growths are not malignant, but in time they can grow and get more noticeable, which is more like an aesthetic problem.

They are more common in middle aged people, and they occur in skin areas where skin contacts other skin, which is on the neck, armpits, groin, breasts, stomach, eyelids. But, they can also appear on any other part of the body as well. Almost everyone has had at least one wart on the skin.

However, warts can sometimes cause problems. They can become sore or inflamed, which can sometimes stimulate growing and bleeding.
Science does not offer a particular reason for the occurrence of warts, but genes and obesity are considered to be two possible causes.

Of course, panicking is not something you should do if you notice a newly grown wart. Even better, a single ingredient can help you get rid of warts, and that is pure apple cider vinegar.

Experts believe that apple cider vinegar is one of the most potent homemade remedies. It is a common remedy for different health problems, and removing warts is one of these.

Warning: You should never use apple cider vinegar to remove warts on your eyelid!

This simple technique has helped many people, and here is a detailed explanation on the method. Carefully clean the skin area around the wart using mild soap and water. If accessible, soak the wart in water for 15 minutes, or soak a cotton ball in some water and place it onto the wart. Pad dry.

Next, soak a cotton pad in some apple cider vinegar and squeeze out any excess vinegar. Place it onto the wart and secure with a bandage. Leave it on for 15 minutes and rinse. Repeat the procedure three times a day for a few days, or a week. Warts will darken and then form a crust. Eventually, they will dry and fall out.

Depending on the size and depth of the wart, this technique may cause mild damage, so applying some marigold ointment and aloe vera gel can be of great help here. If the wart is not that deep in the skin, it will not leave a scar. Of course, if the treatment is done properly and carefully.

Excess Amount of This Ingredient May Lead to Kidney Stones

Throw Away Your Glasses! Thousands Of People Improved Their Vision With This Method