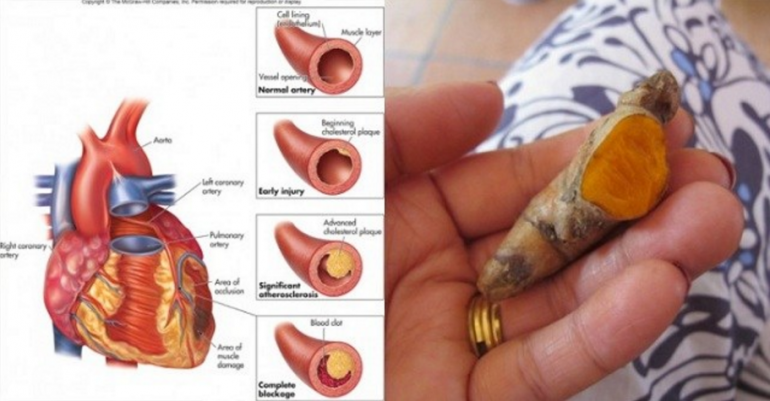 Medical research and numerous studies have found that turmeric has a wide range of beneficial effects on health. Apparently, it is also incredibly effective as it supports the health of the cardio system and provides the same advantages as a workout.

It has a polyphenol known as curcumin which improves the function of the heart and reduces the risk of heart attacks after bypass surgeries by 50%.

One study involved 32 women in menopause and post menopause periods, divided into three groups. The first group received curcumin, the second exercised regularly, and the third group did nothing of the above.

The first group consumed the same diet as before, but also received 150mg of turmeric daily. The participants who exercised did aerobic 3 times weekly, and also walked and cycled.

The study lasted for 8 weeks, after which, the findings showed that the blood vessels of the people in the first and second group were in perfect condition.

Another study examined the effects of turmeric on the workouts and stress tolerance in the case of post menopause women with heart issues.  Researchers found that the mixture of regular workout and the use of turmeric reduces the ventricular issues.

Turmeric has been found to be effective in the treatment of over 600 health issues. It also provides amazing effects if combined with a workout, but note that it cannot replace exercise completely.

Additionally, its use alleviates the pain and inflammation after a workout.

Coconut Oil: 10 Facts And You Need To Know The Truth