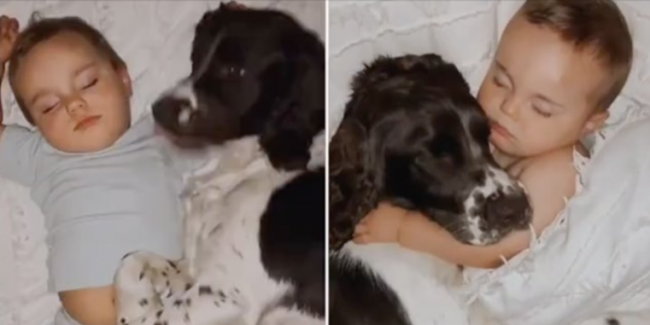 Dogs are our best friends, that for sure, but can you imagine the bond developed after being raised together with your canine companion? Many dog breeds are perfect for families with young children, being incredibly loving, loyal, affectionate, and gentle.

Most pups form strong relationships with young children, and usually respond extremely pawsitively to their little fellows! Many young couples initially decide to get a pet before having a baby, and the dog then transitions easily into life with the newborn.

Fortunately, this was the case with this 2-year-old dog and the one-year-old Carson, and the two became inseparable ever since! Being only three months apart, the adorable English Springer Spaniel has instantly become Carson’s best friend!

The pair loves sleeping together every night, and Carson’s mother, the 21-year-old Kenzie Kennedy caught it all on video! 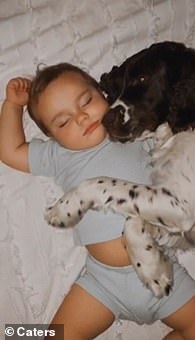 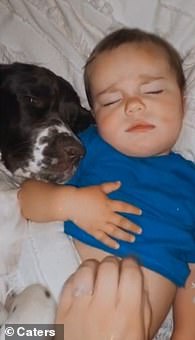 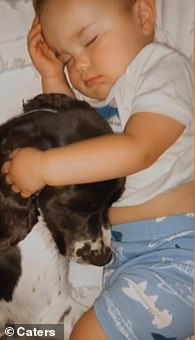 Kennedy explained they were initially scared to introduce Reiney to the newborn Carson, but were later encouraged by her loving character.

“The first time I saw them sleeping together, Carson was only a few days old and my heart instantly melted.”

Aww, they are a heartwarming sight indeed!

Depression-Era ‘Crazy Cake’ Is Made Without Eggs, Milk Or Butter

Michigan Couple Finally Welcomes A Baby Girl After Having 14 Boys