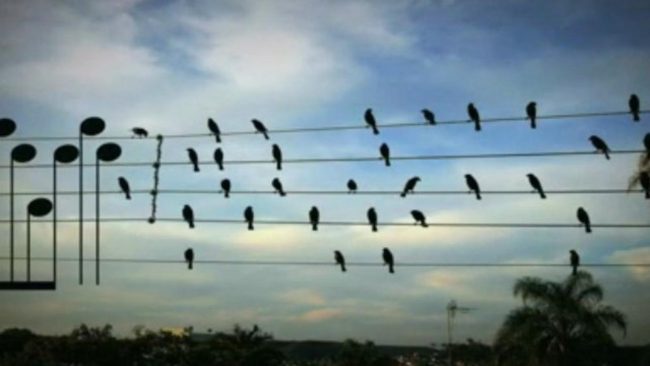 Jarbas Agnelli spends his mornings reading newspapers. So, one morning, he spotted a photo of birds on an electric wire. He took the photo and made a song using the location of the birds. Yes, the birds became his musical notes.

Agnelli decided to sent the music to the photographer who made the photo, Paulo Pinto, who informed his editor. The story ended up as an interview, and became the Winner of the YouTube Play Guggenheim Biennial Festival.

Jarbas says the piece was created by pure chance, and it became a masterpiece out of curiosity. He was eating his breakfast and the photo took his breath. He arranged the music for an orchestra, and the video was a huge success. The mind blowing trajectory for his one-minute piece of music was unpretentious.

It sounds incredible. These birds knew what they were up to.

Is The Room Spinning? Try This Simple Doctor Recommended Method For Treating Vertigo In Seconds

One Dragonfly Can Eat Hundreds of Mosquitos a Day. Keep These Plants in Your Yard to Attract Dragonflies