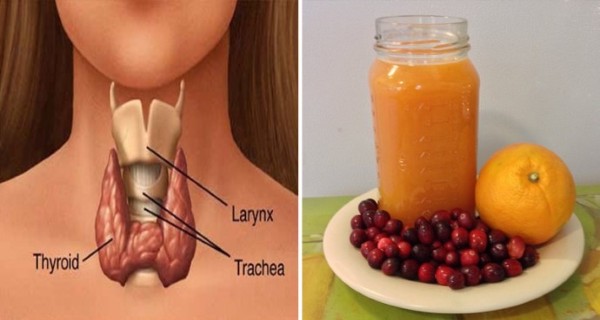 The thyroid gland functions as the master control center of the body, for it utilizes energy, regulates the way the body makes protein and controls body sensitivity to other hormones.

The anterior pituitary gland produces the thyroid stimulating hormone (TSH) which is responsible for hormonal output. The tests for issues of the thyroid mostly test the (TSH) levels. However, these tests reveal only a small portion of the functions of the hormones.

The operations of the thyroid are influenced by numerous factors. Amazingly, there are seven ordinary items found in the household that can damage your thyroid.

Our environment is constantly full of toxins and there’s not much we can do to eliminate them. Luckily, we can minimize the risk of developing complications with our thyroid, by minimizing our exposure to toxic compounds. The thyroid can be protected with iodine supplementation from toxic compounds.

Plastics are hazardous to both the environment and your body, and thus, to the entire health and the thyroid.  A chemical that leeches from plastic bottles, antimony, is just one concern.

Namely, a study that was conducted by Copenhagen University discovered that the levels of antimony found in juices which are bottled in plastic bottles were 2.5 % higher than what is considered to be safe for tap water. Moreover, BPA and phthalates have also been shown to reduce thyroid function.

It was discovered that soy proteins neutralize thyroid peroxidase. Phytoestrogens, the protein found in soy, act as an agent to disrupt regular thyroid function, since it blocks the secretion of thyroid hormone, prevents the iodine from becoming thyroid hormones, blocks the body’s ability to use iodine, and interrupts the peripheral conversion of T4 to T3. Another variable to consider is that soy is also genetically modified food (GMO).

70percent of the water supply in America contains fluoride, which is being to lessen cavities. Another unknown fact is that during the first half of the 20th century, fluoride was actually prescribed in small proportions of 2-5 mg on a daily basis over a period of a month, in order to treat overactive thyroid. Regarding the number of people drinking fluoridated water daily, this is a real issue that should concern us.

Halogens are in fact fluoride and chloride. These halogens are absorbed through food, water, even the environment. Fluoride and chlorides prevent the thyroid functioning effectively. Over- exposure to halogens leads to interruption of Iodine transportation. it only takes small dosages of these two substances to lower the functioning of the thyroid. These halogens block the iodine receptors in your body and make the natural iodine in your body.

Bromine is toxic to the thyroid, and is found in almost everything from pool cleaner to pasta. Even healthy patients can often have increased levels of the flame-retardant substance, bromine, in their bodies. Moreover, it can be a difficult task to find items without this chemical in their content.

A study discovered that about 60 percent of pesticides used on a daily basis are likely to affect the thyroid’s production of hormones. Research proved that anti-fungal and weed killers used on our vegetables have been proven to decrease thyroid function and increase resistance to weight loss.

Another study revealed that the wives of men who used pesticides in their daily work are at a much higher risk of developing thyroid problems than other women.

Old Japanese Recipe: Do This Once A Week And You Will Look 10 Years Younger