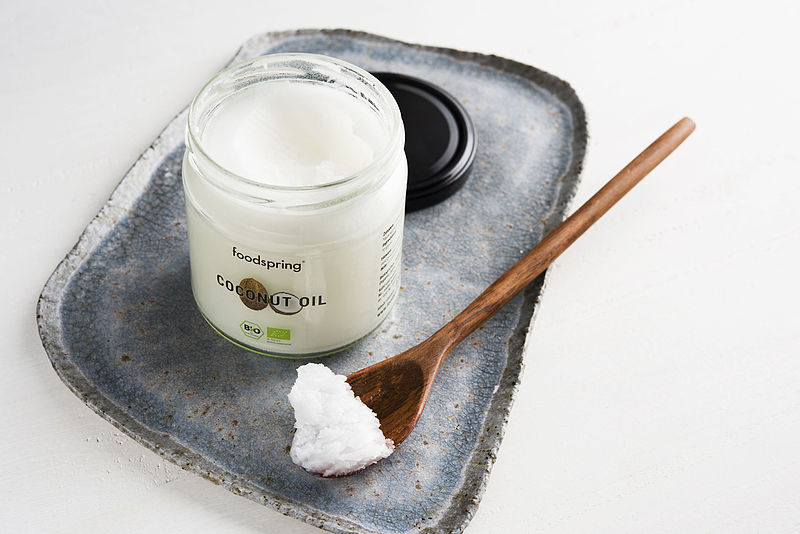 Ketosis is a normal metabolic process which causes numerous health benefits. Namely, during this process, the fat in the body is being converted into compounds called ketones, which are used as a main energy source.

Researchers have found that diets which lead to ketosis are extremely beneficial as they suppress appetite and lead to weight loss. Also, it has been found that ketosis is also beneficial in the treatment of various conditions, like type 2 diabetes and neurological disorders.

This process is not achieved by simple elimination of carbs, but it also required planning and large efforts.

These are 7 successful tips to enter a state of ketosis:

The consumption of a low-carb diet is crucial in achieving ketosis, as cells use sugar or glucose as a main energy source. Yet, cells can also use other fuel sources, like fatty acids and ketones, known as ketone bodies.

Glucose is stored as glycogen in the liver and muscles, and in the case of a low intake of carbs, these stores are reduced and the insulin levels are lowered, releasing the fatty acids from the fat stores.

The liver turns some of these fatty acids into the ketone bodies acetone, acetoacetate, and beta-hydroxybutyrate, which can be used as brain fuel.

The level of restriction of carbs for achieving ketosis is individual- dependent. For instance, while some people need to reduce net carbs (total carbs minus fiber) to 20 grams daily, some can consume significantly more.

Due to this, the Atkins diet recommends limiting the intake to 20 or fewer grams daily for two weeks to ensure that ketosis is achieved. Afterward, the amounts of carbs are gradually increased.

One study involved overweight people with type 2 diabetes who reduced their carb intake to 21 or fewer grams daily for a week. The results showed that their daily urinary ketone excretion levels were 27 times higher than their baseline levels.

Another study involved adults with type 2 diabetes who were allowed 20–50 grams of digestible carbs daily, depending on the number of grams that allowed them to maintain blood ketone levels within a target range of 0.5–3.0 mmol/L (8).

These ranges of carbs and ketones are recommended for individuals who aim to enter into a state of ketosis in order to lose weight, lower the risk of heart diseases, and regulate blood sugar.

On the other hand, therapeutic ketogenic diets used for epilepsy or as experimental cancer therapy limit the intake of carbs to fewer than 5% of calories or fewer than 15 grams daily to additionally drive up ketone levels.

Therefore, the reduction of the intake of carbs to 20–50 net grams daily reduces blood sugar and insulin levels, causing the release of stored fatty acids which are converts into ketones by the liver.

The consumption of healthy fats increases the levels of ketones and helps you to achieve ketosis. Namely, a low-carb ketogenic diet is low in carbs but high in fat.

This does not mean that the excessive fat intake leads to high ketone levels in all cases.

One study which involved 11 healthy people for three weeks analyzed the effects of fasting with different amounts of fat intake on breath ketone levels and found that ketone levels were similar in people consuming 79% or 90% of calories from fat.

Since fat makes up a large percentage of a ketogenic diet, you should always use high-quality sources, like avocado oil, coconut oil, lard, butter, olive oil, and tallow.

Yet, if you want to lose weight, you should not consume too many calories.

The consumption of at least 60% of calories from fat, therefore, increases ketone levels. However, make sure you choose healthy fats from both plant and animal sources.

The consumption of coconut oil helps you to enter the state of ketosis, as it is high in fats known as medium-chain triglycerides (MCTs), which are quickly absorbed and taken directly to the liver, where they can be immediately used for energy or converted into ketones.

It is actually one of the best ways to achieve ketosis in the case of Alzheimer’s disease and other nervous system disorders. This oil contains 4 types of MCTs, but still half of the fat comes from lauric acid.

Researchers have confirmed that fat sources rich in lauric acid may produce a more sustained level of ketosis, as they are metabolized more gradually than other MCT types.

You should slowly add coconut oil to your diet, in order to prevent digestive side-effects, like diarrhea and stomach cramping.

You can begin with a teaspoon daily, and gradually increase up to 2-3 tablespoons daily within a week. Hence, coconut oil provides MCTs, which are quickly absorbed and turned into ketone bodies by the liver.

The adequate intake of protein leads to ketosis. The classic ketogenic diet used in epilepsy patients is limited in both carbs and protein to maximize the levels of ketone bodies, and it is also very helpful in the treatment of cancer, as it reduces the tumor growth.

Yet, the reduction of protein in order to boost the production of ketones is not a healthy practice for most people.

Initially, the sufficient intake of protein is needed for the liver to get the amino acids which are used for gluconeogenesis, or the production of new glucose, need for the few cells and organs which cannot use ketones as fuel, like some brain and kidney areas, and the red blood cells.

Moreover, protein intake is needed for the maintenance of muscle mass in the case of a reduced intake of carbs, especially during weight loss. In most cases, weight loss leads to loss of both fat and muscle, but the adequate intake of protein on a very low-carb ketogenic diet can preserve muscle mass.

Studies have shown that the preservation of muscle mass and physical performance is maximized when the protein intake is in the range of 0.55–0.77 grams per pound (1.2–1.7 grams per kilogram) of lean mass.

One study involved 17 obese men who followed a ketogenic diet, consisted of 30% of calories from protein, for a month. Researchers found that their blood ketone levels were 1.52 mmol/L, on average, which is well within the 0.5–3.0 mmol/L range of nutritional ketosis.

To learn the protein levels your body needs on a ketogenic diet, you should multiply your ideal body weight in pounds by 0.55 to 0.77 (1.2 to 1.7 in kilograms).

To conclude, the low protein intake causes muscle mass loss, while the excessive intake might suppress their production.

You can also achieve ketosis by not eating for several hours. Actually, numerous people enter a mild ketosis between dinner and breakfast.

Before a ketogenic diet, epileptic children are often fasted for 24–48 hours in order to reduce the seizures sooner, as they enter a state of ketosis faster.

Ketosis might also be achieved by intermittent fasting, which involves regular short-term fasts.

In addition, “fat fasting” is another ketone-boosting approach which imitates the effects of fasting. It allows the consumption of about 1,000 calories daily, 85–90% of which come from fat, and the low calorie, and high fat intake leads to ketosis.

According to the findings of a 1965 study, a fat fast caused a significant fat loss in overweight patients.

A fat fast is low in calories and protein, so in order to prevent excessive loss of muscle mass, it should be followed no longer than 3-5 days. Yet, it has been proven that fasting, intermittent fasting and a “fat fast” help the body to achieve ketosis very quickly.

Studies have shown that ketosis is useful for some types of athletic performance, like endurance exercise.

On the other hand, physical activity helps the body to achieve ketosis, as exercise depletes the glycogen stores. Yet, if the intake of carbs is reduced, these stores of glycogen are low, and the liver boosts the ketone production.

One study discovered that exercise boosts the production of ketones in the case of low blood ketone concentrations. Yet, if the levels of ketones are high, they do not additionally rise with exercise and may, in fact, decrease for a short period.

Also, exercise during fasting has been found to increase ketone levels.

One small study involved 9 older women who exercised either before or after a meal. Findings showed that their blood ketone levels were 137–314% higher when they exercised before a meal.

However, note that your body might need 1-4 weeks to adapt to using ketones and fatty acids as

What is a fact is that physical activity raises the levels of ketones in the case of a restricted intake of carbs, and these effects are even boosted in a fasted state.

Testing the ketone levels in order to guarantee your goals is a recommended step, as achieving and maintaining ketosis is individualized.

The three ketone types, acetone, beta-hydroxybutyrate, and acetoacetate, can be evaluated in the urine, blood, and breath.

The following three methods can help you test ketones and see if you need to make any adjustments in order to help the body enter a state of ketosis:

Acetoacetate is evaluated in urine, by dipping ketone urine strips into the urine. The different ketone levels color the strips into various shades of pink or purple, a darker color indicating higher ketone levels.

These strips are affordable and easy to use, but their long-term accuracy has been questioned. If the individual follows a ketogenic diet, studies have shown that urinary ketones are the highest in the early morning and after dinner.

The blood ketone meter is another way to measure ketones, and it works similarly to a glucose meter. Namely, a small blood drop is placed on a strip, and then it is inserted into the meter.

This evaluates the levels of beta-hydroxybutyrate in blood, as well as the ketosis levels. Yet, the disadvantage of this method is the high price of the blood strips.

Acetone is found in the breath, and researchers have shown that testing acetone breath levels is a successful way to monitor the state of ketosis in people who eat a ketogenic diet.

The ketonic meter measures these levels in the breath, and after the individual breaths into it, a color flashes and indicates whether the person is in ketosis and how high the ketone levels are.

The Disturbing Truth About How Baby Carrots Are Made – You’ll Never Eat Them Again!