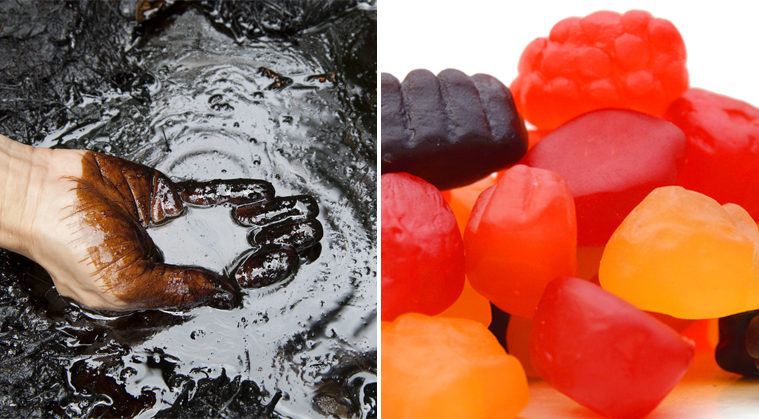 Nowadays, food is being marketed directly to our children, via commercials on the radio, TV, and the Internet, through video games, movies, magazines, toys, and the like.

Apparently, the total annual amount of money spent on marketing food to children with the goal to affect their food choices is around $10 billion.

This sum is intended to be spent in order to persuade children to choose the popular cereal, loaded with sugars, or the snack with artificial preservatives.

Normally, in most cases, the most marketed foods are far from the healthiest food options, and some of them can cause serious health issues.

Even though we are aware of the fact that these items are included in the category of “junk food”, most of us do not know the detrimental consequences they can have on the health of our dearest ones.

Furthermore, many of these snacks include artificial food colorings, which attract children to try and “taste the rainbow”. Yet, behind this funny side of the snacks, they often contain yellow 5 (tartrazine) and Red 40, which are one of the most used dyes.

These two are made from petroleum, which is used to improve products like Jell-O, fruit roll-ups, Kool-Aid, popsicles, Fruit Loops, macaroni and cheese, and Nutri-Grain cereal bars.

These artificial coloring agents have been related to severe health issues, like allergies, cancer, and hyperactivity. Additionally, they are two of the 6 food colorings that are banned in the UK. However, they are still freely used in the United States.

Actually, U.S. manufacturers add around 15 million pounds of 8 different synthetic dyes into our foods annually. Even though the FDA is aware of the detrimental effects of these dyes, it has done nothing to ban them and eliminate the, from our food.

Furthermore, the following 5 popular snacks for our children are extremely harmful and consist of petroleum- based ingredients:

These flavored snacks most commonly include Red 3 or erythrosine, which is a petroleum product which has been linked to thyroid tumors, and consequently, has been banned for use in cosmetics. Hence, if it is not safe for the skin, can you imagine its effects if ingested?

Cheetos contain Yellow 6, which is an artificial coloring derived from petroleum, like the “cheese” flavoring, which contains methyl benzoate and ethyl methylphenidate.

Despite chocolate, these delicious candies include Yellow 5 and 6 which have been associated with cancer, Blue 1, which may trigger the development of malignant tumors, Red 40 which damages DNA, and Blue 2, which increases hyperactivity and has been related to brain tumors.

Your favorite tiny bears are laced with TBHQ, which has been found to lead to stomach cancer in lab rats, fragments DNA, and damages umbilical cells and the human lungs. In the case of children, this substance may lead to restlessness, anxiety,  can aggravate the ADHD symptoms.

The best Pop Tarts flavor, Frosted Strawberry, contains sugar, corn syrup, dextrose, and high-fructose corn syrup, all of which have been found to lead to liver issues, diabetes, and sugar addiction in children.

Moreover, they contain TBHQ, a petroleum-based product that leads to cellular dysfunction, and has been associated with vision loss, paralysis, tumors, liver enlargement, and convulsions in lab tests.

Therefore, the prolonged use of these harmful artificial food colorings, especially in children’s snacks, seriously endangers the health and increases the risk of severe diseases.

Hence, you need to be cautious and make sure your children avoid snacks with such dyes. Instead, show them the benefits of the taste of the natural rainbow, one of organic vegetables and fruits.

Why Women In China Don’t Get Breast Cancer

They Told You That Drinking Warm Water With Lemon Was Good, But They Didn’t Tell You This