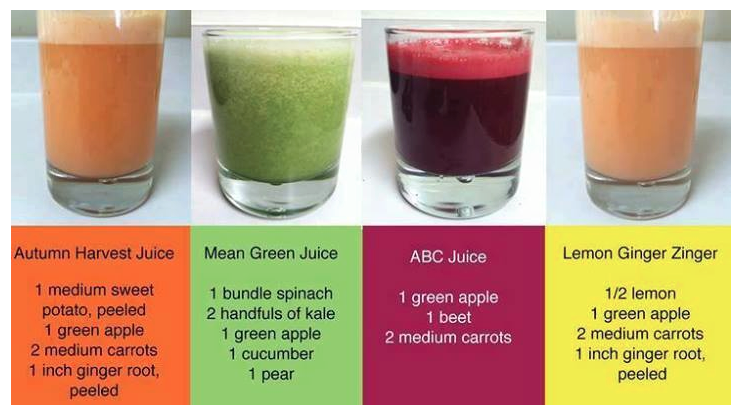 Believe it or not, juicing is a controversial topic among health-conscious individuals. Some believe that juicing is amazing, explaining how it is an excellent nutritious punch. People say that juicing helps the body to detox and receive nutrients that it lacks.

It is especially good for those who do not feel like getting enough nutrients of their fresh produce in the course of a day. It also provides combining different ingredients, making it easier to meet recommended daily intake.

However, others claim that juicing is not good, saying it is unhealthy.

Brandon Kolar is a personal trainer and nutritionist in Boston, MA. He belongs to the second group. Even though he believes that juicing is an excellent way to obtain antioxidants and make tasty concoctions, he explains that individuals who prefer juicing have a less functioning body. He associates juicing with problems with muscle mass, metabolism and lack of fiber. (1)

If you tell this to Adam Harding-Jones, a 48 year old man from England, he will sure ask you not to accept any of this.

Juicing has changed his life and he is more than thankful for all the improvements it brought regarding his health. Harding-Jones weighed 420 pounds and managed to lose 140 pounds within a year, thanks to his diet based on healthy juices.

He was motivated by the world popular documentary, Fat, Sick and Nearly Dead and his kidney failure diagnosis, and decided to change his dietary habits and never look back. (2)

“Over the last few years I felt horrendous and I felt older than I actually am,” he explains. “But now I feel a lot younger. I am doing a lot of things I never thought I’d get to do. I feel brilliant and when I think back to how ill I was and how bad I felt, I just never want to go back.” (2)

Harding-Jones wore a size 5XL shirts and enjoyed two McDonald’s breakfasts every day. His waist reached 56 unhealthy inches, and his family was quite worried about his junk food intake and his health in general. Despite all this, he keep eating kebobs before going to bed and ate chocolate throughout the whole day. He experienced diabetes complications and kidney issues.

“I knew I was on a slippery slope. My body was giving me a warning,” he adds. “I felt permanently not very well. I had an impending doom.” (2)

Luckily, this changed after he watched Fat, Sick and Nearly Dead. He became more aware after watching how junk food affects health and decided to live a healthier life. He stopped eating unhealthy foods and enjoyed fresh fruit and vegetable juices.

He lost 140 pounds and participates in various athletic events regularly. He is a member of gym and cycling clubs, and has also completed a Tough Mudder event. He is taking part in a 100-mile race in Wales and several half marathons.

Adam Harding-Jones drinks homemade, healthy juice for breakfast and lunch. During his teatime, Adam eats fish and vegetables instead of having sausages and chips as he did before.

Other sources for this article include:
(1) http://www.bostonmagazine.com/
(2) http://www.dailymail.co.uk/

About the Author:
Jennifer Lilley is a long-term weight-loss success story who has been featured in numerous national magazine stories and ads including SELF, Women’s Health and People. She inspires others with her stories on her site, FlabbyRoad.com

Natural Remedy Against All Types Of Allergies Consisted Of 2 Ingredients

Eat 5 Walnuts And Wait 4 Hours: This Is What Will Happen To You!